While leaving her trailer in New York City on the set of the new Steven Spielberg film The Papers, the triple Oscar-winning actress was photographed carrying a handbag that paid homage to the Obamas, with a portrait of the couple in front of the White House plastered onto the front of the bag.

Streep’s love for the Obamas has been known since Obama first ran for office back in 2008, with the actress praising him at the time.

The feelings were apparently mutual, as Obama declared his “love” for the actress in 2014.

In June of last year, Streep joined Michelle Obama for an overseas trip to Morocco, where the pair shared a Ramadan feast along with members of the Moroccan royal family. 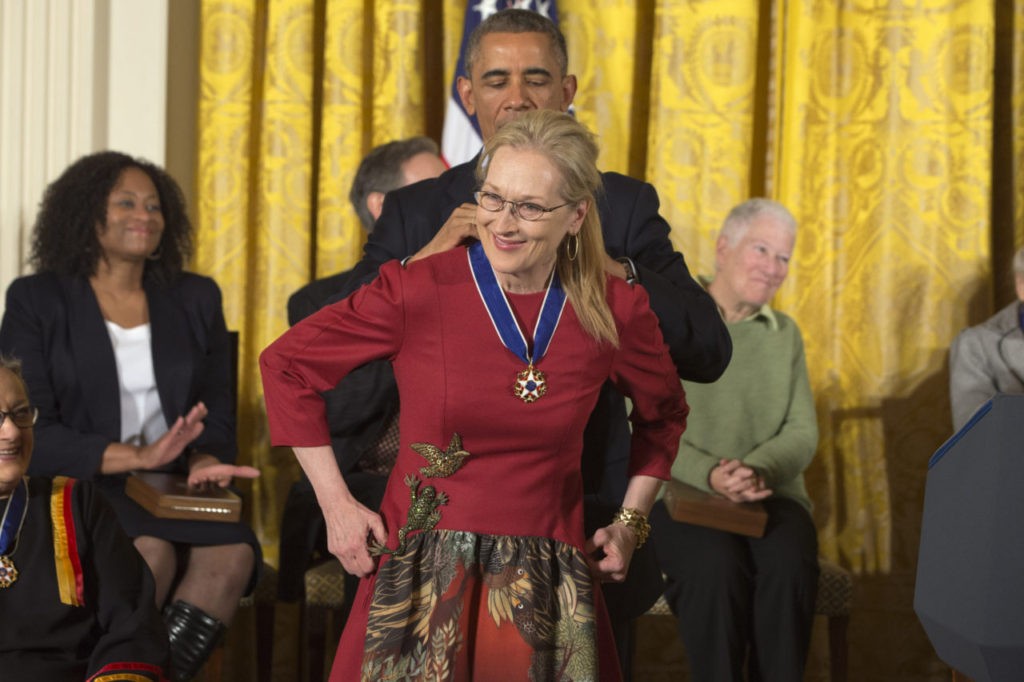 President Barack Obama awards actress Meryl Streep the Presidential Medal of Freedom, Monday, Nov. 24, 2014, during a ceremony in the East Room of the White House in Washington. (AP Photo/Jacquelyn Martin) 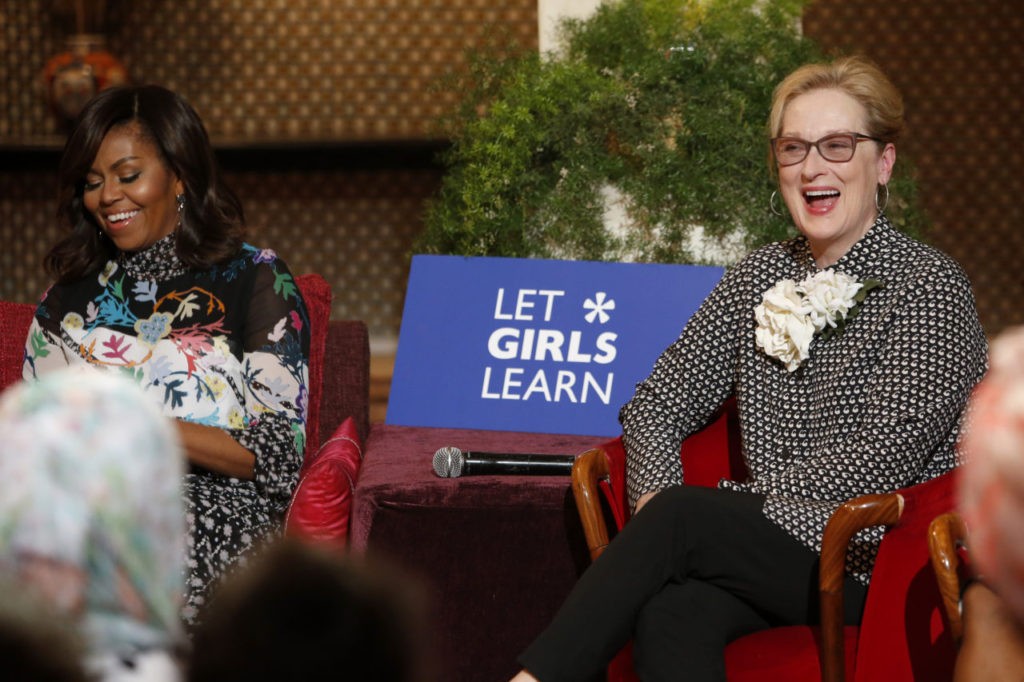 Most recently, Streep has not only continued to long for the days of Obama, but she has blasted President Donald Trump, notably while accepting a Lifetime Achievement Award at the 2017 Golden Globe Awards, as Breitbart News reported.

“Hollywood is crawling with outsiders and foreigners. And if we kick them all out, you’ll have nothing to watch but football and Mixed Martial Arts, which are not the arts,” she said.

Streep lectured the Golden Globe audience about how “stunned” she was after she claimed Trump mocked a disabled reporter for the New York Times.

“There was nothing good about it, but it did its job,” the actress said. “It kind of broke my heart when I saw it, and I still can’t get it out my head because it wasn’t in a movie, it was in real life. That instinct to humiliate when it’s modeled by someone in a public platform, it filters down into everyone’s life because it gives permission for others to do the same.”