Sen. Elizabeth Warren signed on to a fundraising email Friday warning Democrats not to take lightly the prospect of a Michigan Senate run by musician Kid Rock.

“I know a lot of people are thinking: this is some sort of joke, right?” the Massachusetts senator wrote in a fundraising email with the subject line, “Senator Kid Rock (R-MI),” according to the Boston Herald. “Well, maybe this is all a joke — but we all thought Donald Trump was joking when he rode down the escalator at Trump Tower and announced his campaign, too.”

“And sure, maybe this is just a marketing gimmick for a new album or tour — but we all thought Donald Trump was just promoting his reality show, too,” she added.

In a follow-up post on his website Thursday, the 46-year-old Romeo, Michigan, native said his announcement was “not a hoax,” and took a shot at both incumbent Michigan Sen. Debbie Stabenow and the media, whom he said “once again” were “wrong” about his potential candidacy. 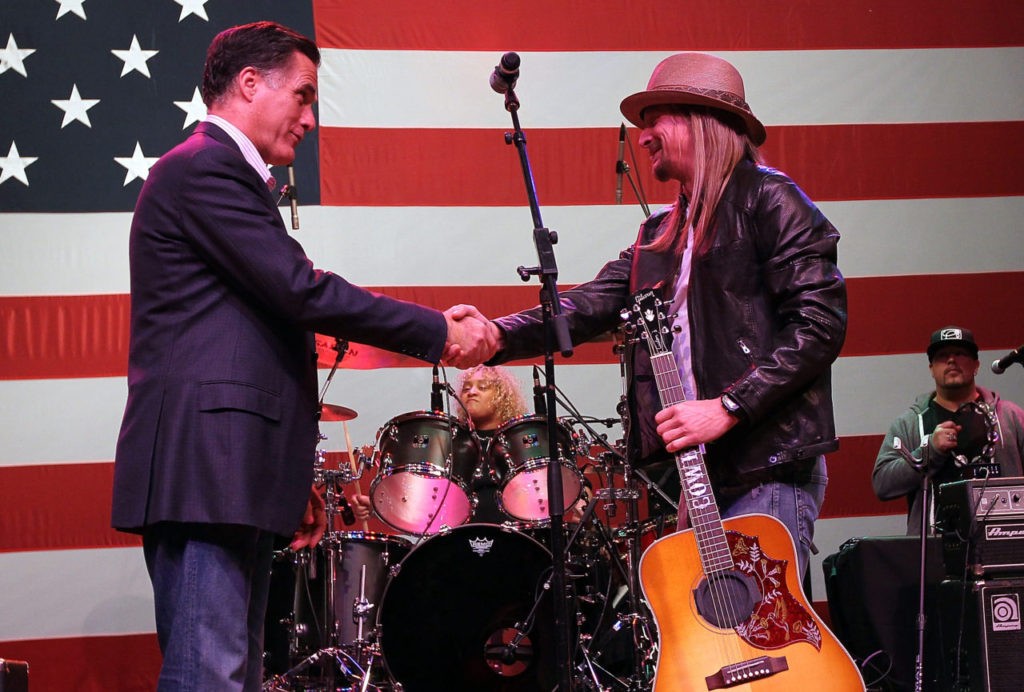 According to the Herald, Warren’s email linked to a fundraising page in which the proceeds are split between Stabenow’s 2018 campaign and Warren’s own re-election effort.

Rock has not yet filed a statement of candidacy with the Federal Election Commission. But the “Born Free” singer wrote in his Facebook post that he planned to release new music during his campaign, similar to how politicians release books during their own campaigns.

I have had a ton of emails and texts asking me if this website is real… https://t.co/RRVgISDFeq The answer is an absolute YES. pic.twitter.com/uYCUg6mjW1

“I know we both share a love of music. I concede he’s better at playing guitar and I’ll keep doing what I do best: fighting for Michigan,” she wrote.

“Senator Stabenow and I do share a love of music, although probably not the same kind. I concede she is better at playing politics than I am so I’ll keep doing what I do best, which is being a voice for tax paying, hardworking AMERICANS and letting politicians like her know that We the People are sick and tired of their bullsh*t!” he wrote.