Talk show host Chelsea Handler said she would like to see President Donald Trump and senior White House advisor Steve Bannon share a prison cell in the future while playing a game with former Obama White House staffers on the latest episode of her Netflix show this week.

It all started during a word association game with Pod Save America podcast hosts and former Obama staffers, Jon Favreau, Jon Lovett, and Tommy Vietor. As Handler read the name of a Trump administration member, each guest took turns saying the word that came to mind.

“Jail,” Favreau responded as the audience exploded in laughter.

“Yeah, there’s something very tricky about her. She’s a little slick and dangerous,” the host said of the incoming White House press secretary.

“He is the grossest,” Handler agreed. “The idea that Donald Trump can look at that f**king face all day long. The both of them, two of them looking together. I hope they are in a prison cell together one day.” 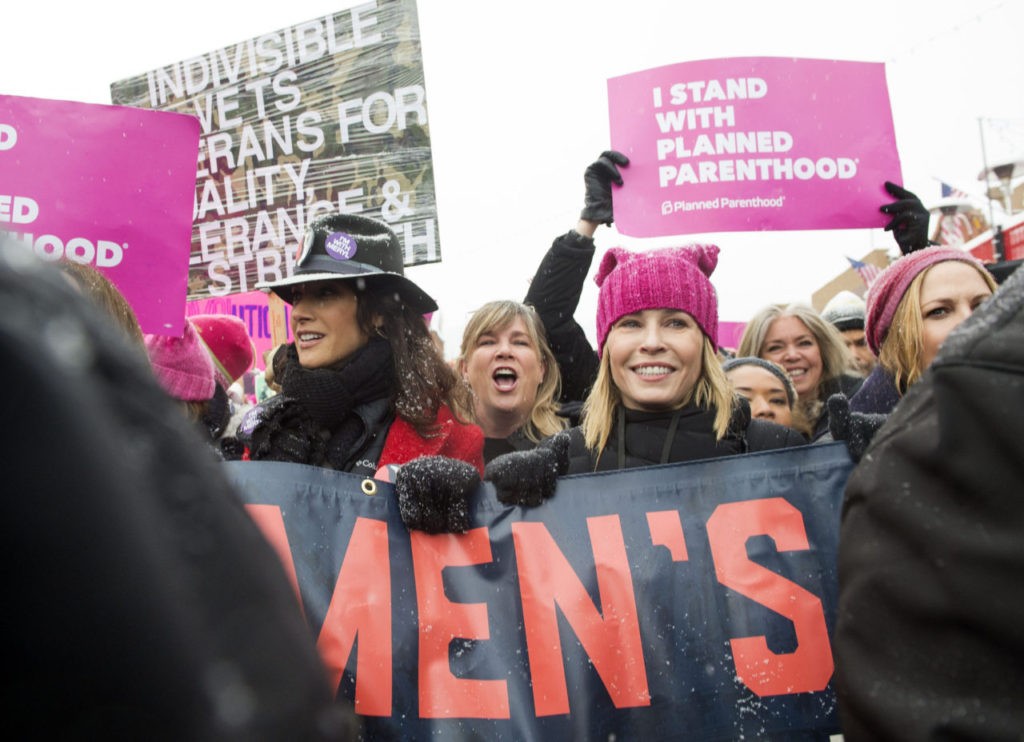 Women get shit done when we stick together. @elizabethwarrenma #thisfightisourfight

Toward the end of the episode, the host said, “To all the Republicans trying to repeal Obamacare, better luck trying to kill millions of Americans next time.”

The second season of Chelsea has been marked by it’s overtly anti-Trump stance, which is consistent with the comedian’s response to Trump’s presidency.

After the election, the comedian led an anti-Trump Women’s March rally in Park City, Utah during the Sundance Film Festival.