First Lady Melania Trump is “normalizing” the luxury, high fashion pair of stilettos, according to Newsweek.

In a piece dedicated explicitly to the First Family’s high heels, Newsweek writer Nina Burleigh speaks with Vogue Editor Andre Leon Talley – a friend of Melania’s – and feminist critics to sometimes attack the women surrounding President Donald Trump for their wearing of stilettos.

Newsweek first claims that despite high heels not being “in fashion” this season, Melania and Trump’s daughter Ivanka Trump continue to wear the shoe, normalizing it as if it has never been seen before:

This hiatus allows us to reflect on a minor Trumpian trend to which the nation has become accustomed since January: the ubiquitous stiletto pump. The vertiginous spike-heel shoe is not currently in fashion, but for Ivana, Ivanka, Melania and the Trump daughters-in-law, Carrie Bradshaw’s shoe of choice never went out of style. In fact, the female consorts of the Leader of the Free World do not set foot in public without first molding their arches into the supranatural curve that Mattel toy designers once devised for Barbie’s plastic feet.

Six months in, and the Trump women are well on their way to normalizing the footwear of the beauty pageant. The Cinderella shoe fitted on the feet of all the Miss Teen USA’s and Miss Universes who ever beamed under the Trumpian gaze in contests of yore also is the shoe that average women can bear for only a few hours at weddings or proms, before casting them off, moaning and rubbing their soles.

Except, stilettos are always in fashion. A quick look at the Spring/Summer 2017 collections reveals how high heels are not only the preference of Melania and Ivanka, but also for Parisian design houses and couturiers nearly every fashion season. 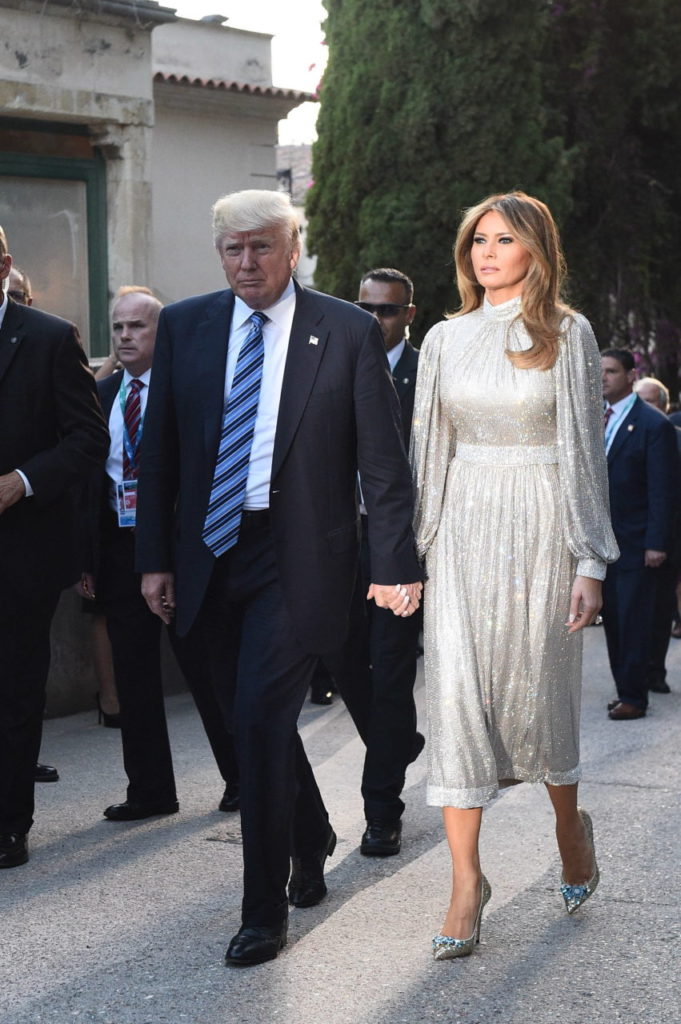 President Donald Trump and US First Lady Melania Trump arrive for a concert of La Scala Philharmonic Orchestra at the ancient Greek Theatre of Taormina during the Heads of State and of Government G7 summit, on May 26, 2017 in Sicily. (ELIOT BLONDET/AFP/Getty Images) 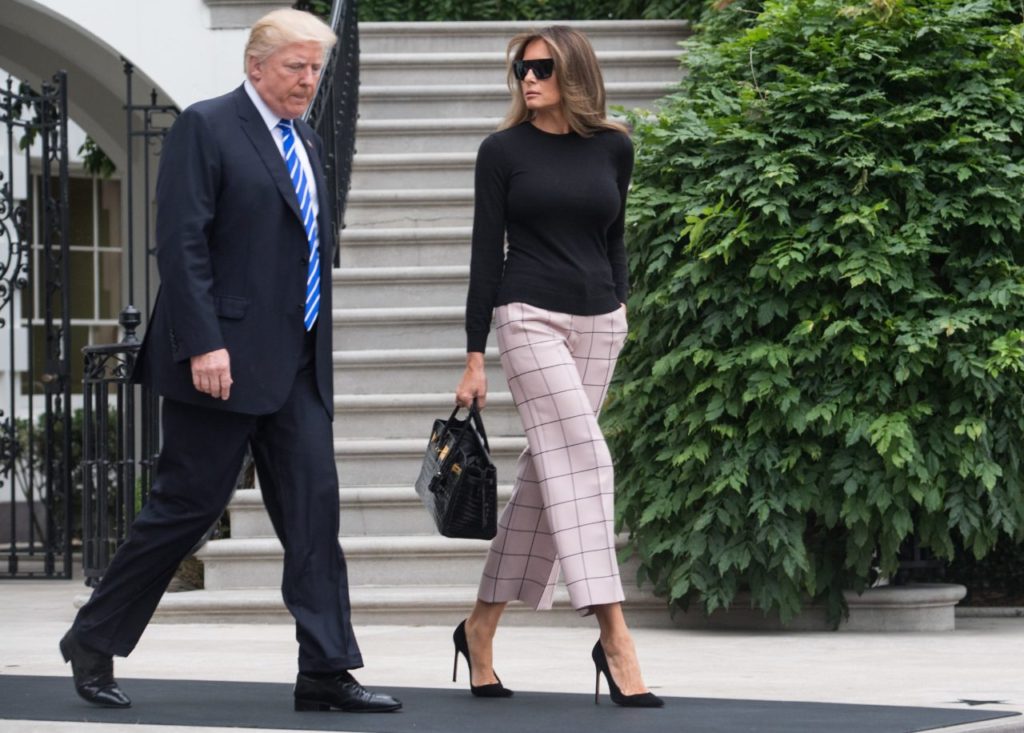 US President Donald Trump and his wife Melania walk to board Marine One as they depart the White House in Washington, DC, on July 5, 2017 for Poland and Germany. / AFP PHOTO / NICHOLAS KAMM

While Talley is correct in the Newsweek piece to say that stilettos are certainly not the shoe of choice for most American women, that does not make them a foreign accessory in the world of high fashion.

If Melania’s previous ensembles are any indication of where she takes her fashion cues, it is most certainly from luxury shoe brands like Christian Louboutin and Manolo Blahnik. 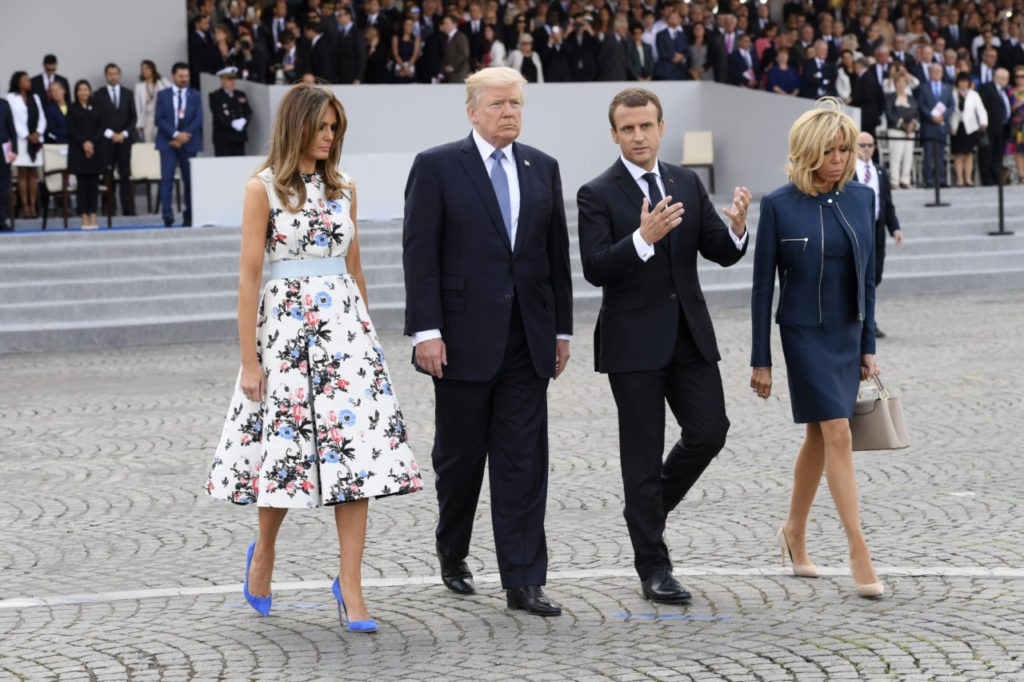 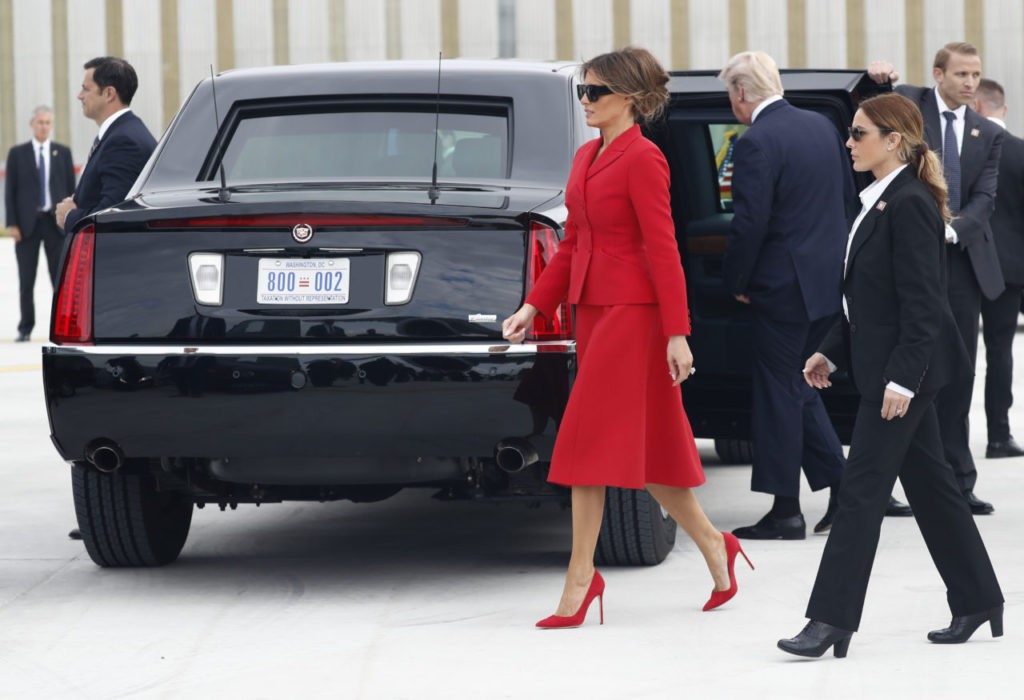 Newsweek, though, uses psychologists and feminist critics to slam Melania for wearing the stilettos since they reinforce all the female traditions feminists despise: Appearance-consciousness and sexiness.

“In terms of the human example, we tend to find the defining characteristics of the opposite sex attractive,” Morris wrote. “High heels function in a similar way. Males respond to the characteristic way a woman walks, i.e., the movement of the female pelvis: High heels just exaggerate the femaleness of the walk. So to deconstruct why Trump women wear high heels: They are just buying into traditional binary views of male and female.”

American anthropologist and author Helen Fisher puts it more bluntly. “High heels thrust out the buttocks and arch the back into a natural mammalian courting—actually, copulatory—pose called ‘lordosis.’ Rats do it, sheep do it…lions do it, dogs do it. It is a naturally sexy posture that men immediately see as sexual readiness. [Heels] are a ‘come-hither’ signal.”

Fisher is in the camp that believes heels detract from women’s power, and shouldn’t be worn at work. “When women wear high heels at work, they send sexual signals that should be avoided if they want to be taken seriously.”

Melania has been described as one of the most fashionable First Ladies in history, often collaborating with high fashion designers like Dolce & Gabbana – a favorite of hers – and Hervé Pierre.

The First Lady’s attention to fashion is so laser-focused that when she arrived in Paris, France with her husband, Melania made a point to pay homage to the French fashion house Christian Dior’s groundbreaking “New Look” style revolution in the late 1940s, which exaggerated the bust and hips in what is now known as the “Bar” suit.