First Lady Melania Trump loves to rock a luxury designer coat, though she prefers to simply drape the outerwear over her shoulders.

With her arms free from the sleeves of the coat, Melania transforms what would be a winter-look into an eveningwear ensemble that’s as elegant and fashion-forward as a Dior gown. This is known as “coat-slinging.”

Once a look reserved for fashion insiders and editors, Melania is making coat-slinging the new American silhouette for this winter and early spring. For Melania, coat-slinging serves two purposes.

The first purpose is practicality. Why wear a coat when you can drape it over your shoulders and increase the elegance of your outfit?

The second purpose is asserting her stature as First Lady. By coat-slinging, Melania is able to subtly and stylishly declare her significance in the White House. The draping over of her coats keeps her in a poised, statuesque stance that exudes regality. 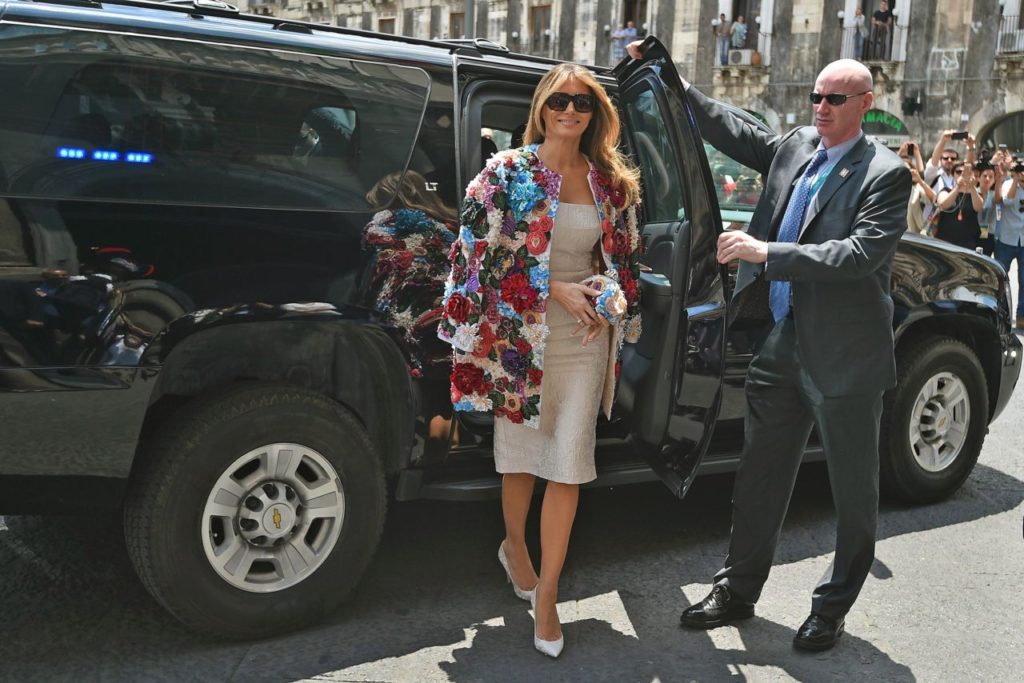 US First Lady Melania Trump arrives for a visit at the Chierici Palace City Hall of Catania on the sidelines of a G7 summit of the Heads of State and of Government in Taormina, on May 26, 2017 in Sicily. / AFP PHOTO / GIOVANNI 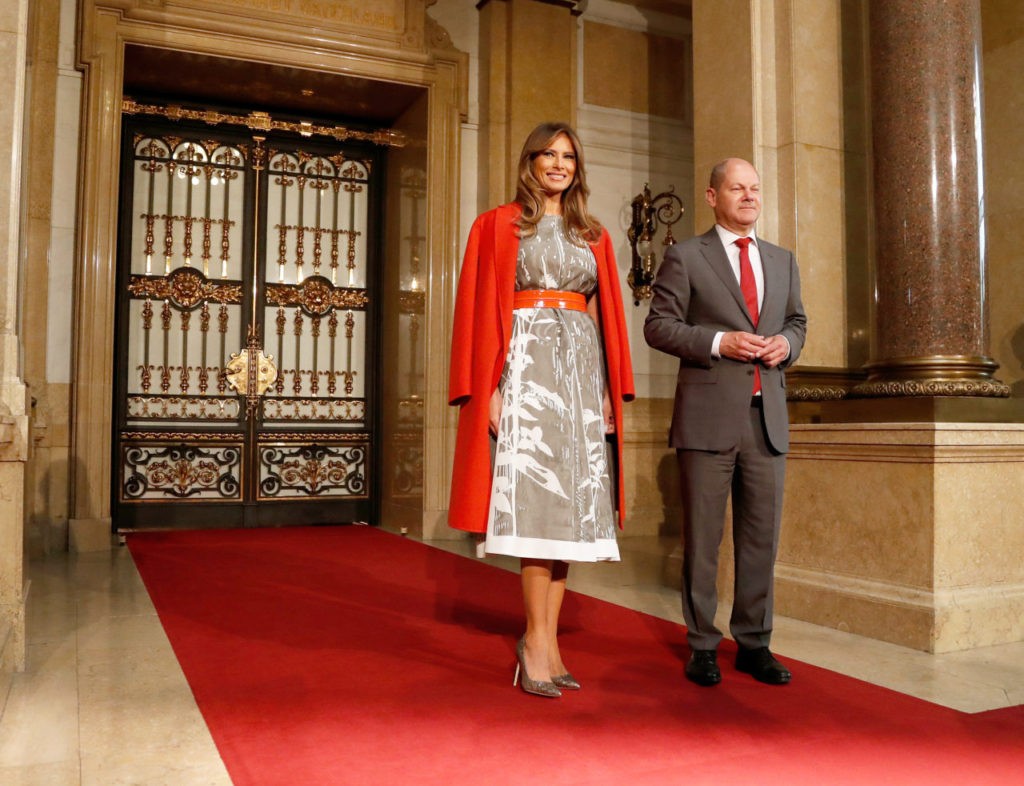 First Mayor of Hamburg Olaf Scholz welcomes Melania Trump (L), wife of US President Donald Trump, prior to the partner program of G20 summit on the second day of the G20 summit on July 8, 2017 in Hamburg, Germany. (Friedemann Vogel – Pool/Getty Images) 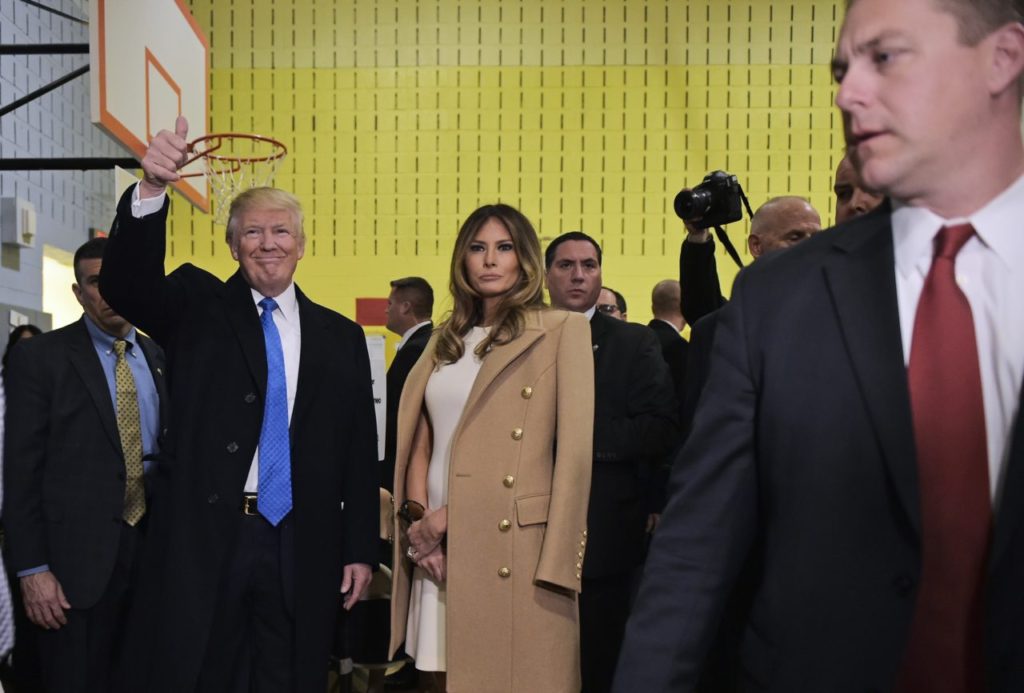 Republican presidential nominee Donald Trump gives the thumbs-up after he and his wife Melania (R) submitted their ballots at a polling station in a school during the 2016 presidential elections on November 8, 2016 in New York. / AFP / MANDEL NGAN 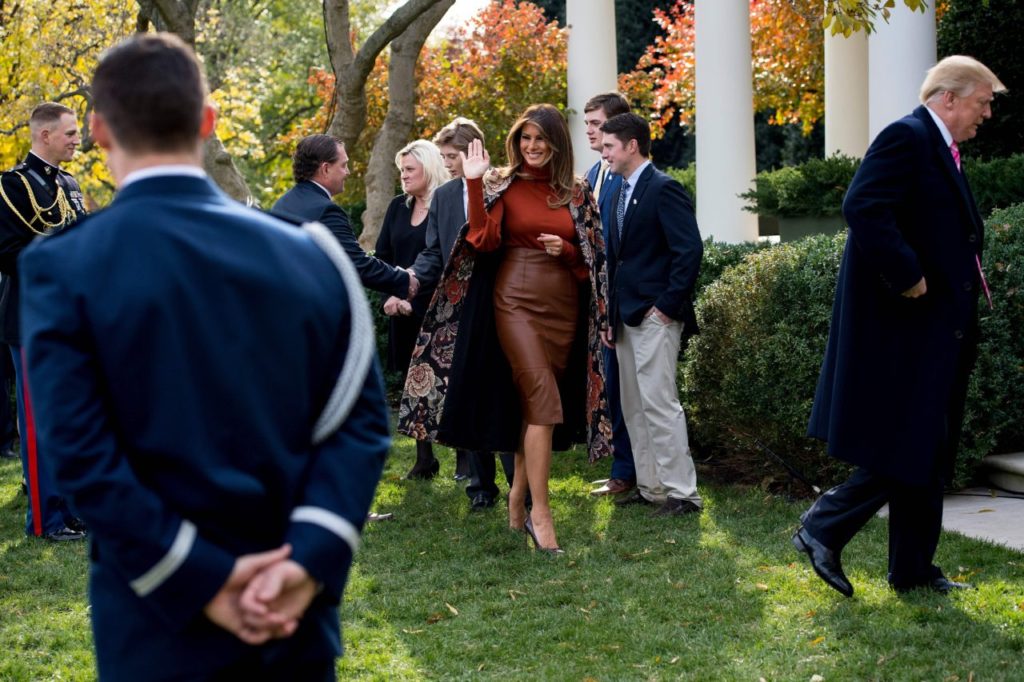 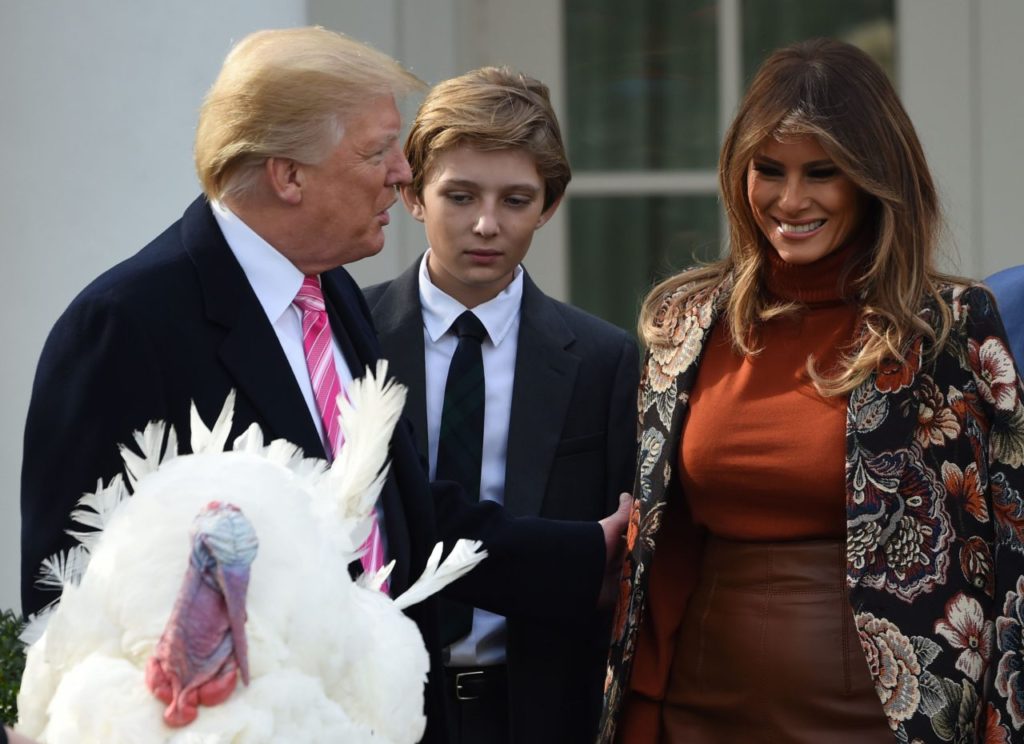 US President Donald Trump, First Lady Melania Trump (R) and their son Barron look on after Trump pardoned the turkey, Drumstick, during the turkey pardoning ceremony at the White House in Washington, DC on November 21, 2017. / AFP PHOTO / ANDREW CABALLERO-REYNOLDS 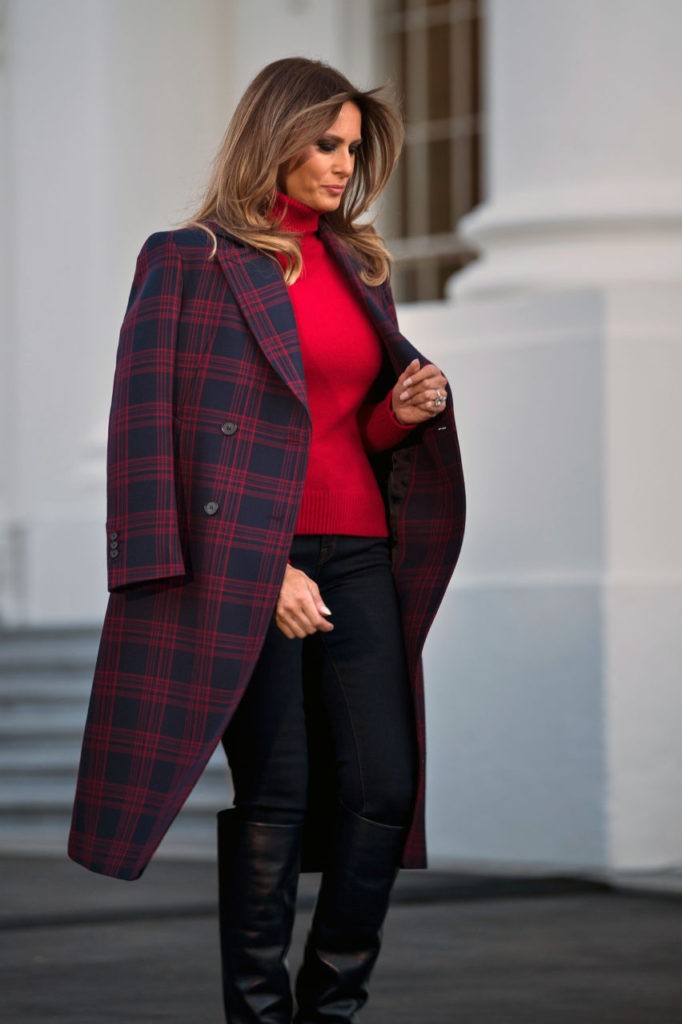 US first lady Melania Trump arrives to receive a Christmas tree during an event at the White House November 20, 2017 in Washington, DC. / AFP PHOTO / Brendan Smialowski 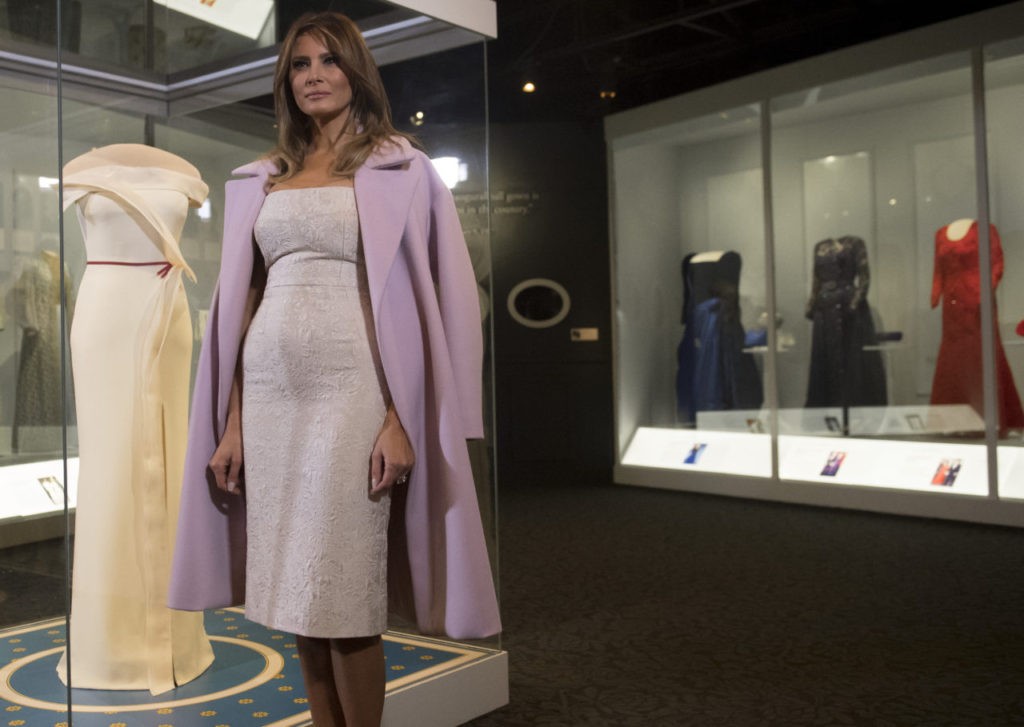 US First Lady Melania Trump stands alongside the gown she wore to the 2017 inaugural balls as she donates the dress to the Smithsonian’s First Ladies Collection at the Smithsonian National Museum of American History in Washington, DC, October 20, 2017. / AFP PHOTO / SAUL LOEB 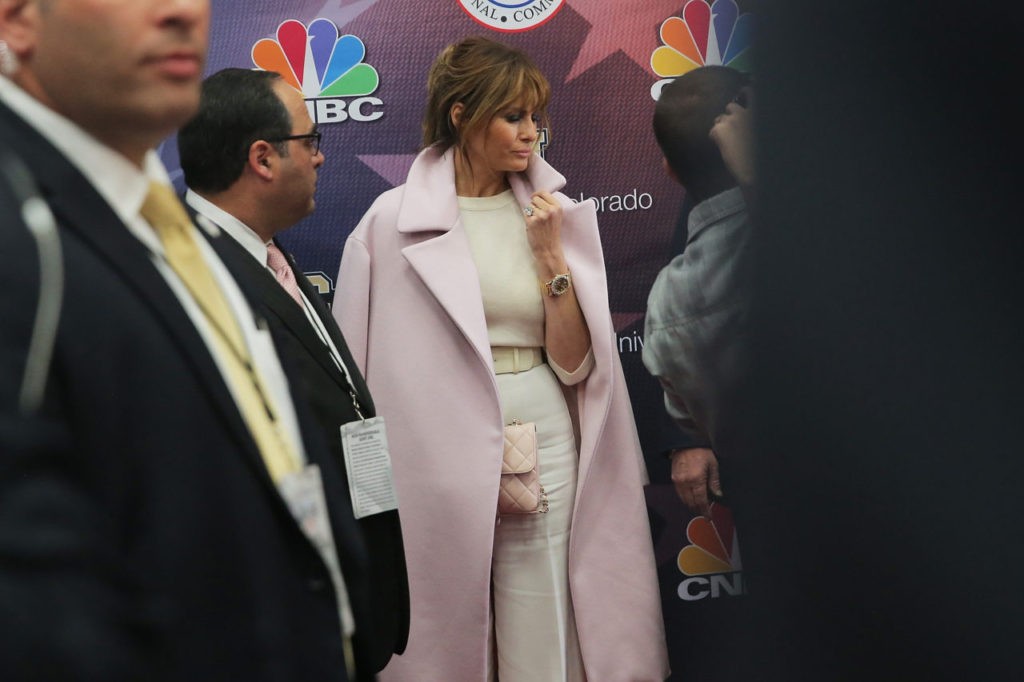 Melania Trump, wife of presidential candidate Donald Trump, listens to her husband speak to the media in the spin room after the CNBC Republican Presidential Debate at University of Colorado’s Coors Events Center October 28, 2015 in Boulder, Colorado. (Andrew Burton/Getty Images) 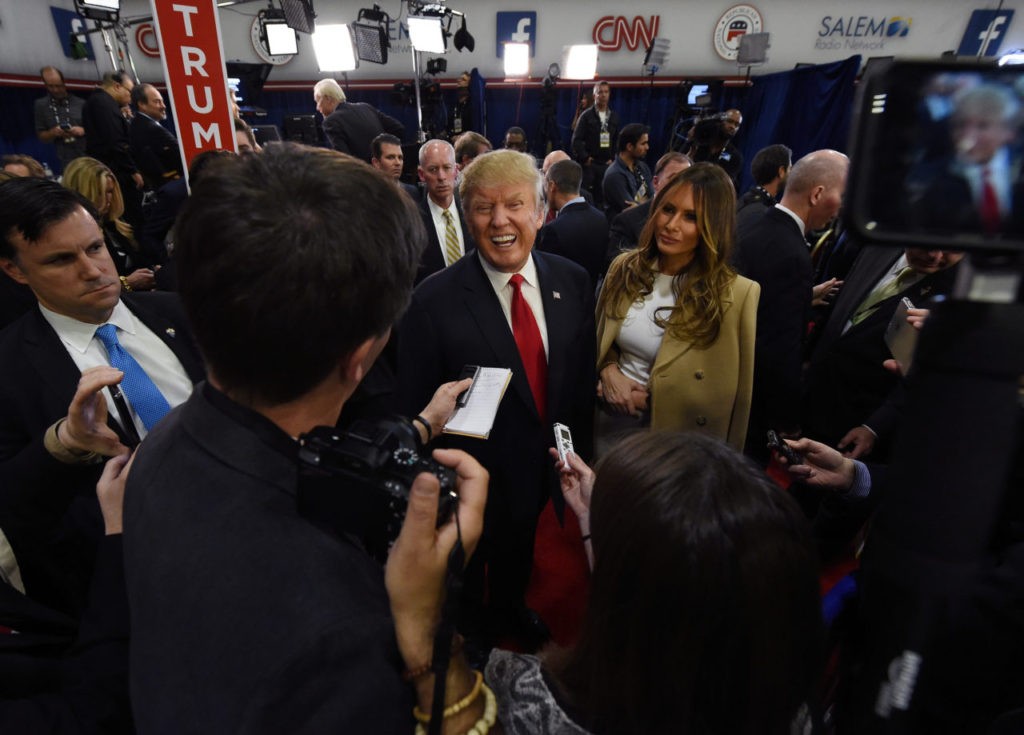 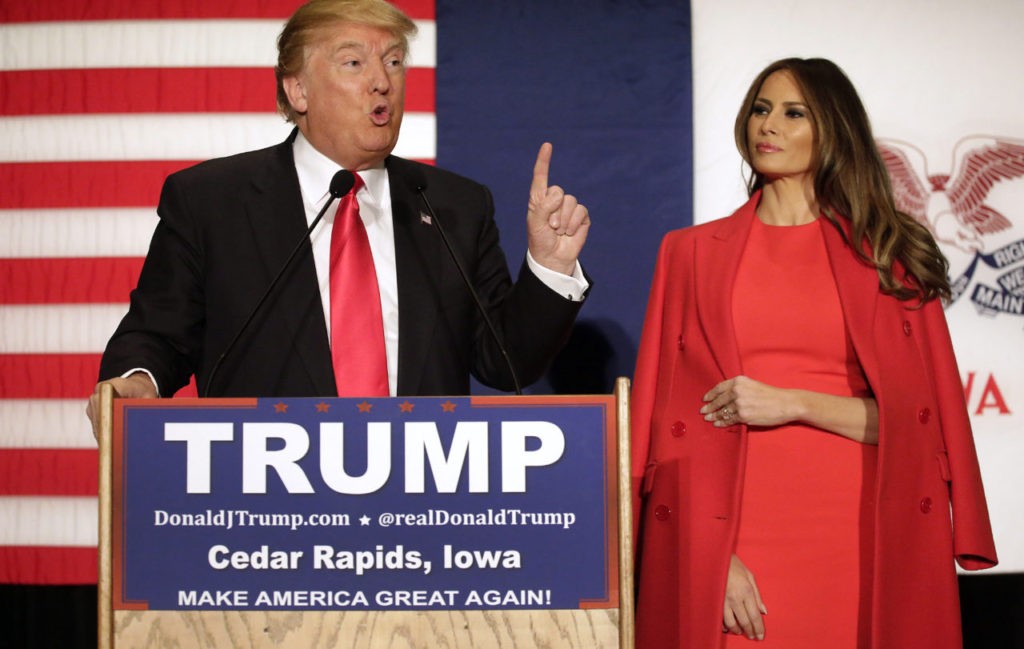 Republican presidential candidate Donald Trump speaks with his wife Melania Trump by his side during a campaign event at the U.S. Cellular Convention Center February 1, 2016 in Cedar Rapids, Iowa. (Joshua Lott/Getty Images) 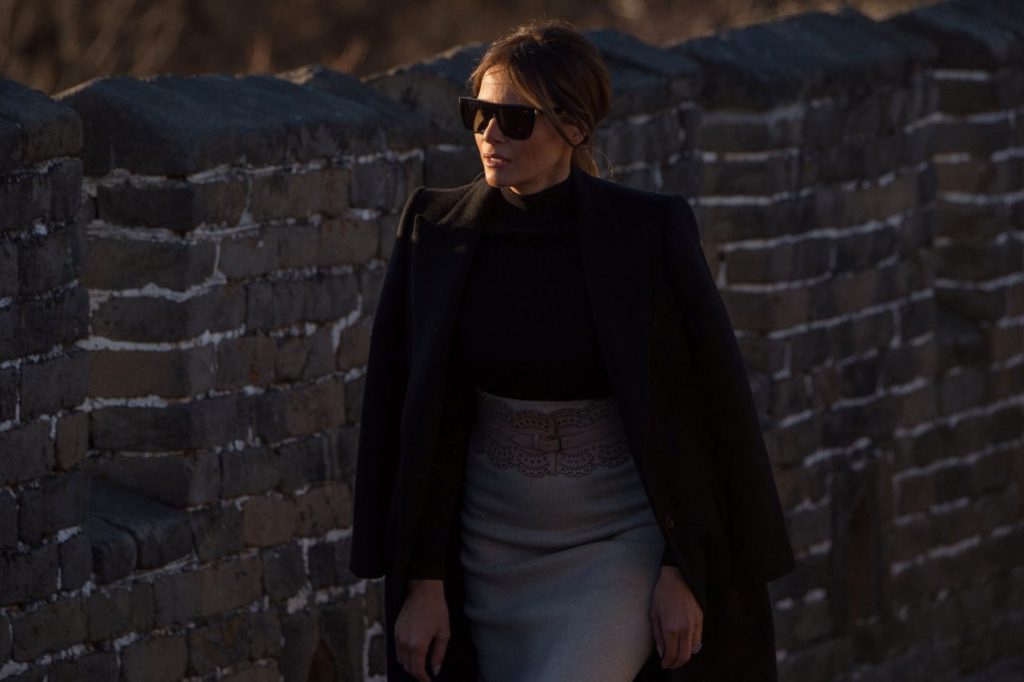 US First Lady Melania Trump walks on the Great Wall of China on the outskirts of Beijing on November 10, 2017. / AFP PHOTO / Nicolas ASFOURI