Documentary filmmaker Morgan Spurlock’s highly anticipated Super Size Me sequel has been dropped by YouTube and pulled from the Sundance Film Festival following his impromptu confession earlier this week about past sexual harassment and repeated infidelity.

“We feel for all of the women impacted by the recent statements made by Morgan Spurlock. In light of this situation, we have decided not to distribute Super Size Me 2 on YouTube Red,” a YouTube spokeswoman said in a statement, according to the Hollywood Reporter.

The decision from YouTube Red — the online subscription service side of YouTube, which picked Supersize Me 2 for $3.5 million at the Toronto International Film Festival — comes after Spurlock stepped down from his production company, Warrior Partners. The company’s remaining partners announced this week that they’ve pulled the film from its scheduled January Sundance Film Festival premiere.

“Due to Morgan Spurlock stepping down from Warrior Poets, we the partners have decided that this is not the appropriate time for Super Size Me 2: Holy Chicken! to premiere at the Sundance Film Festival,” Warrior Poets co-founder Jeremy Chilnick and partner Matthew Galkin said Friday in a joint statement. “Therefore, we will be removing the documentary from the festival’s slate.” 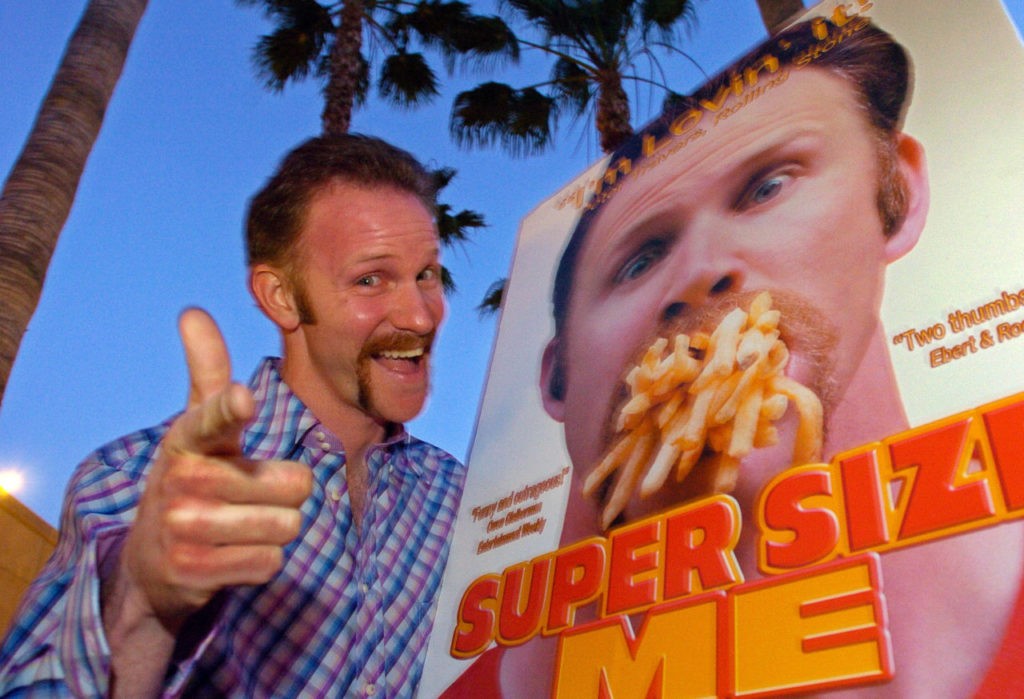 Morgan Spurlock poses at the Los Angeles premiere of his film “Super Size Me,” Thursday night, April 22, 2004, in the Hollywood section of Los Angeles. The film, in which Spurlock directs and stars, takes a look at the legal, financial and physical costs of America’s hunger for fast food. (AP Photo/Mark J. Terrill)

Spurlock released a lengthy tweet on Thursday, titled “I am the Problem,” in which he recounted a settlement he reached with a female assistant that he referred to as “hot pants” or “sex pants.” and detailed an incident in which he said the woman he was dating in college “believed she was raped” by him.

“I have been unfaithful to every wife and girlfriend I have ever had. Over the years, I would look each of them in the eye and proclaim my love and then have sex with other people behind their backs,” Spurlock wrote.

Spurlock released Super Size Me in 2004 and the film, which explored the influence of the fast food industry and his health after a month-long diet of McDonald’s, went on to win Best Directing honors at Sundance and earned him an Oscar nomination for Best Feature Documentary.