While leaving Washington, D.C. for Cincinnati, Ohio with President Donald Trump, Mrs. Trump was cheerful in a yellow turtleneck with a matching Ralph Lauren jacket, straight off the runway from the brand’s Fall 2017 collection. 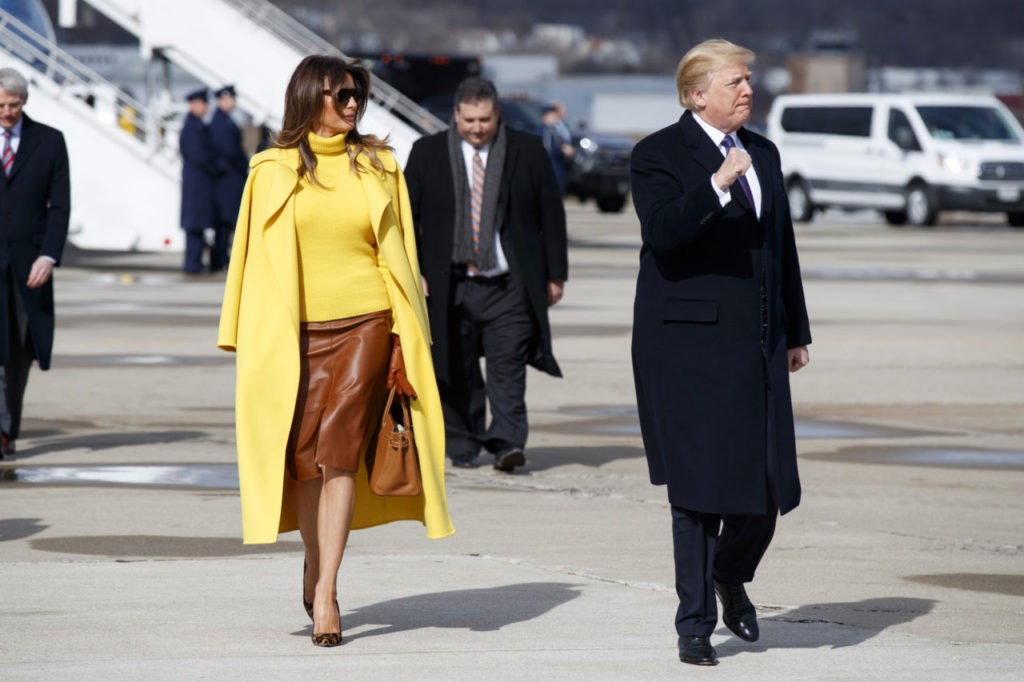 To play off the radiating color — yellow is not typically Melania’s go-to shade — the Slovenian-born First Lady wore one of her favorite Hervé Pierre’s skirts, made of a brown leather with a small slit up the center. Pierre is Melania’s personal couturier and stylist, often collaborating with the designer on looks. 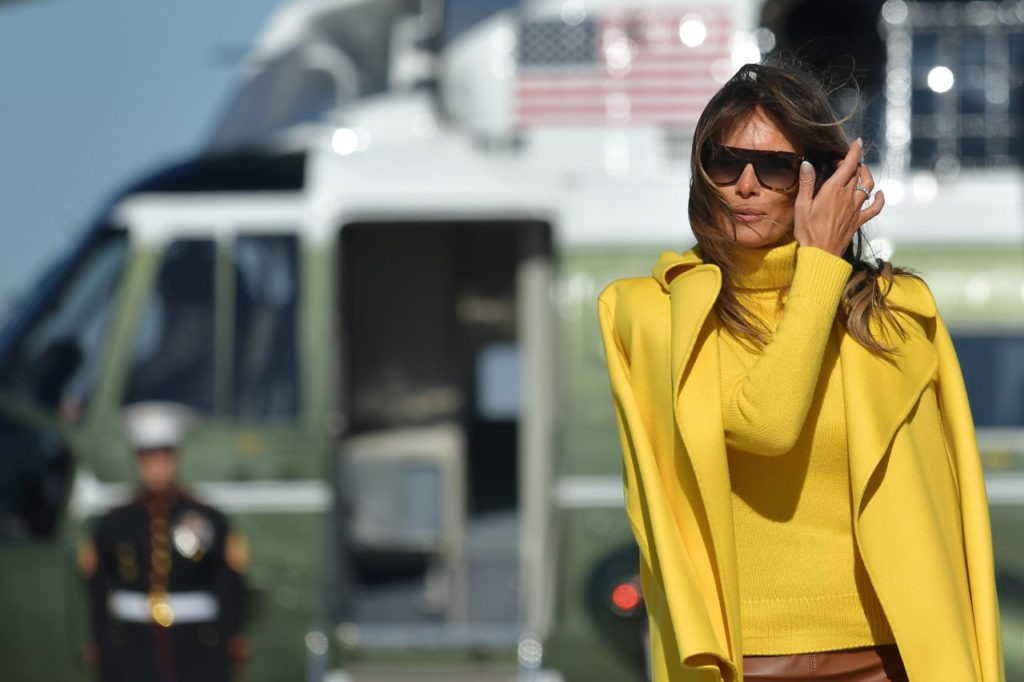 US First Lady Melania Trump arrives to board Air Force 1 on her way to Cincinnati, Ohio, at Andrews Air Force Base outside Washington DC on February 05, 2018. / AFP PHOTO / MANDEL NGAN (MANDEL NGAN/AFP/Getty Images) 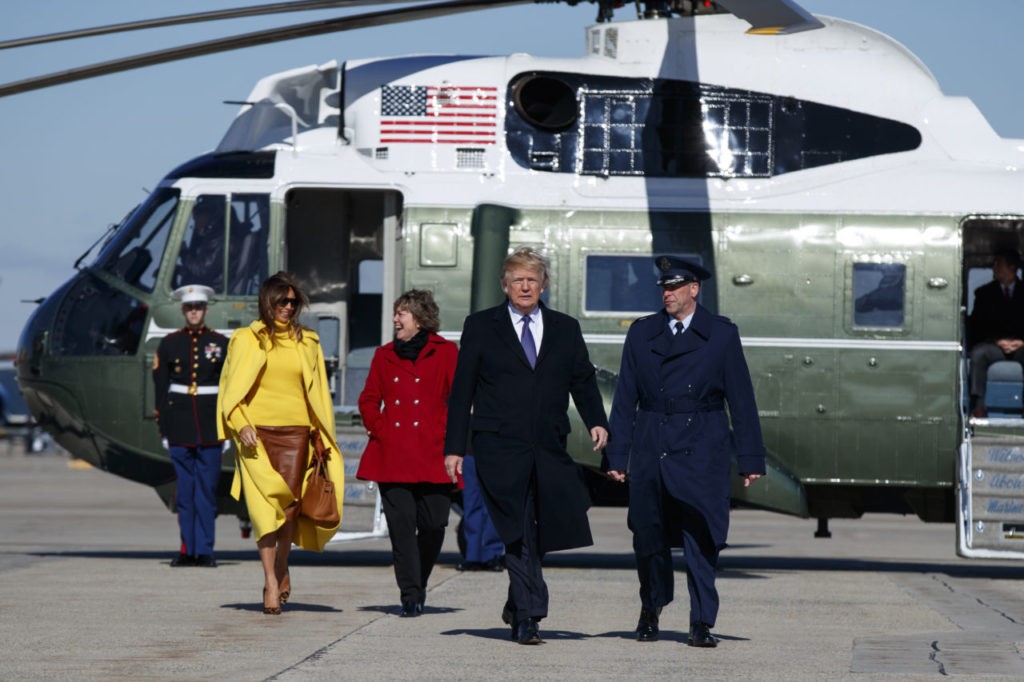 President Donald Trump and first lady Melania Trump walk to board Air Force One for a trip to Cincinnati to promote his tax policy, Monday, Feb. 5, 2018, in Andrews Air Force Base, Md. (AP Photo/Evan Vucci)

Her accessories stayed in the neutrals but were nonetheless luxurious. Melania’s brown leather gloves worn on her hands clutched an Hermès Birkin bag, which could cost anywhere between $20,000 to $25,000. On her feet, Melania stomped to Marine One in these suede cheetah print Manolo Blahnik stilettos, which retail for about $595.

On Sunday, for a Super Bowl party at Mar-a-Lago in Palm Beach, Florida, Melania Trump wore her patriotism on her sleeve when she donned an AMIRI red, white, and blue satin-silk varsity jacket and Christian Louboutin blue stilettos, as Breitbart News reported. 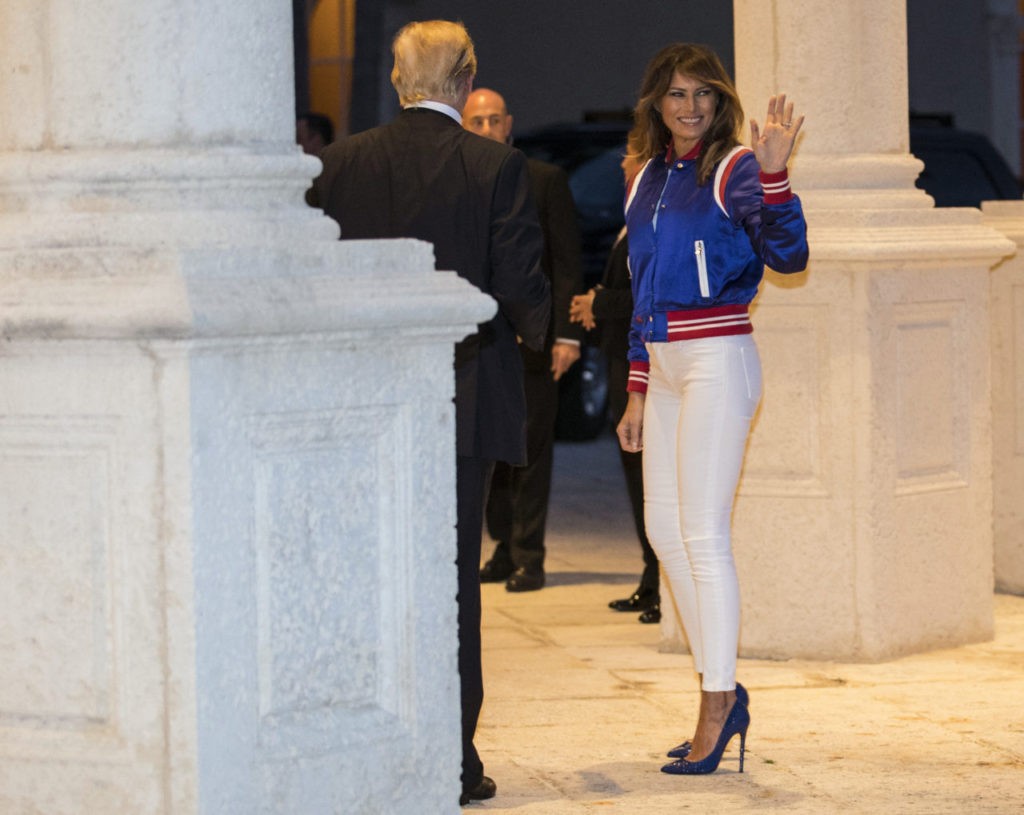