Actress Allison Janney said in an interview published this week that America is as tumultuous and divided now as it was during the Civil War thanks to the election of President Donald Trump.

“It makes so many people sad what’s going on,” said Janney, who is up for a Best Supporting Actress award for her role in the Tonya Harding drama I, Tonya.

Janney, who got her big break in Aaron Sorkin’s political drama West Wing, said, “I wish that we could come back and do The West Wing.”

“This is one of the scarier times I’ve been around – I never thought I’d see our country in the place that it is now and be divided like it was back in the Civil War,” she told the outlet. “It’s crazy. It’s really terrifying. We need to do a West Wing reunion.” 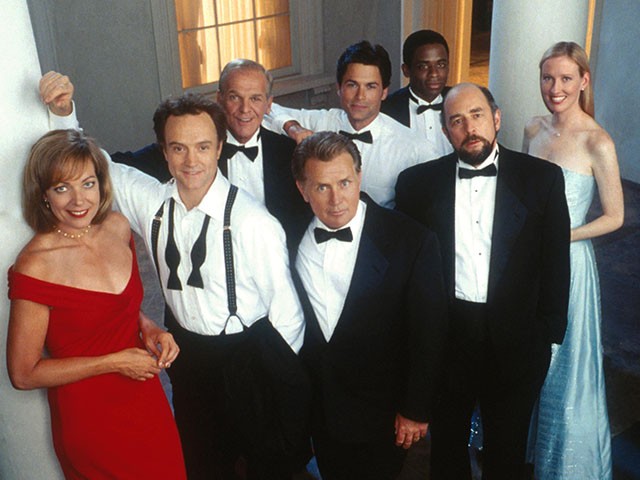 During the presidential election, Janney, who played press secretary C.J. Cregg on West Wing, joined her former cast to campaign for Hillary Clinton in Ohio.

When asked by the Independent about the MeToo and Time’s Up movements, Janney said, “I’m so happy that [Lady Bird director] Greta Gerwig got her nomination and Reed Morano just won Best Director [at the Golden Globes] for The Handmaid’s Tale.”

“I think we’re definitely seeing a sea change of shift in Hollywood for women and other people who have been marginalized most of their career,” she added. “I’m pretty excited to see that happening in my lifetime. I don’t know I ever thought it would happen.”