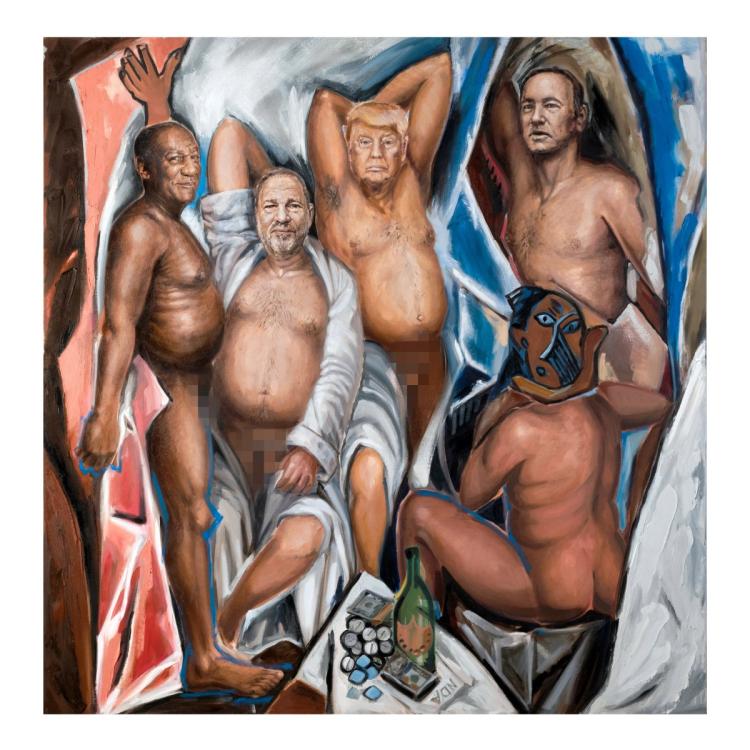 China grouped Weinstein, Cosby, Spacey, and Trump together to draw attention to the fact that they have all faced claims of sexual misconduct.

Actress Julianne Moore reportedly did a double take after seeing the painting. The star of Still Alice, who also worked on Weinstein productions such as The Hours, said that she hopes Weinstein faces justice for his alleged misconduct.

China didn’t speak to Moore at the event, but has no doubt that the #MeToo activist can relate to the sentiment expressed in her painting.

“I didn’t speak to her, but she probably knows this story better than any of us,” Chine told assembled guests.

According to the Daily News, “China said she’s considering offering her painting to amfAR for the charity’s May 17 gala in Cannes, France, to combat AIDS. AmfAR has looked to distance itself from former supporters Weinstein and shoe designer Kenneth Cole because of questionable fund-raising activities involving the pair, which led to Cole’s resignation as a board member in February.”