In the battle of two very different sequels at the box office this weekend, Denzel Washington’s action pic “The Equalizer 2” has narrowly won out over the ABBA jukebox musical “Mamma Mia! Here We Go Again.”

Studios on Sunday estimate that the R-rated Denzel Washington joint grossed $35.8 million from North American theaters over the weekend. It’s Washington’s first ever sequel and the biggest opening of director Antoine Fuqua’s career. The first “Equalizer,” from 2014, opened similarly and went on to earn over $190 million worldwide.

Second place went to Universal Pictures’ “Mamma Mia 2,” which took in $34.4 million, a sum that was driven by an audience that was 83 percent female and 64 percent over the age of 25. The film brought back much of the original cast, like Meryl Streep, Amanda Seyfried and Pierce Brosnan, and added Cher, Andy Garcia and Lily James to the mix. Critics overall gave the sequel better marks than the first, which still went on to gross over $600 million worldwide 10 years ago. 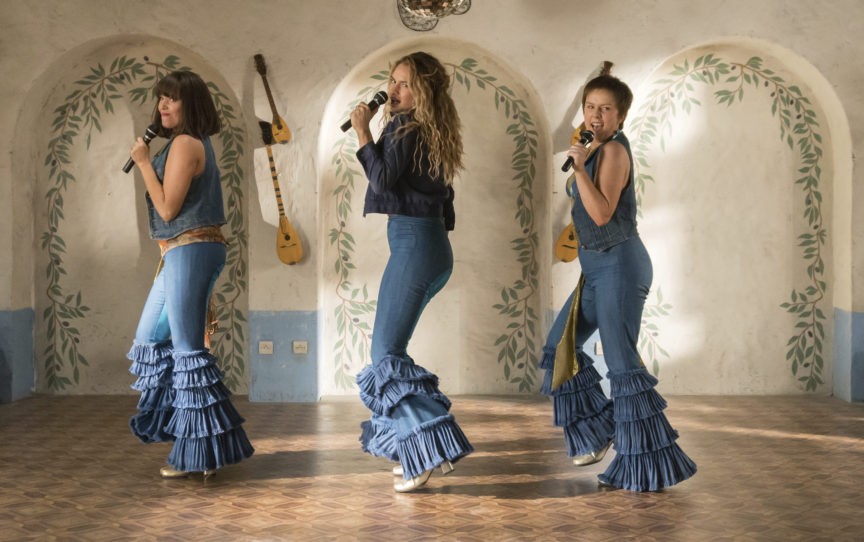 “We consider this a terrific opening,” said Jim Orr, Universal’s president of domestic distribution. “And knowing the audience for these types of films, we are going to have a very healthy run at the domestic and worldwide box office. This is a very fun, very uplifting movie that people need right now.”

“It’s amazing how well-matched these contenders are,” said comScore senior media analyst Paul Dergarabedian. “Both studios really did a great job of marketing each of these movies to their target audience. It’s classic counter-programming.”

Sequels powered the top six spots at the domestic box office this weekend and eight out of the top 10 overall. “Hotel Transylvania 3: Summer Vacation” came in third with $23.2 million in its second weekend, “Ant-Man and the Wasp” took fourth place with $16.1 million in its third weekend, “Incredibles 2” landed in fifth with $11.5 million, and “Jurassic World: Fallen Kingdom” came in sixth with $11 million.

The weekend’s other big new opener, “Unfriended: Dark Web,” also a sequel, scared up $3.5 million for a ninth-place start. The only two originals in the top 10 were “Skyscraper” and “Sorry to Bother You.”

“People are enjoying these films,” said Dergarabedian. “It doesn’t matter if there’s a number after the title.”

And yet there are still original films and documentaries making their own modest impact on the charts, including “Blindspotting,” a buddy comedy with some serious themes about race and class starring Tony-winner Daveed Diggs that opened in 14 theaters and made an estimated $332,500.

“Movies like ‘Sorry to Bother You’ and ‘Blindspotting’ are showing that in the summer people don’t live by blockbusters alone,” Dergarabedian said.