Grammy-nominated rock star Ryan Adams has been accused of physical abuse by his ex-wife and sexual misconduct by another six women in an explosive exposé published Wednesday by the New York Times.

Perhaps the most shocking account is told by a woman identified as Ava, who claims that she and Adams had sexually explicit online conversations when she was just 14-years-old. The Times reports that Adams exposed himself to Ava, who repeatedly lied about her age when Adams asked.
“i would get in trouble if someone knew we talked like this,” Adams wrote to her in November 2014, the paper reports. “If people knew they would say I was like R Kelley lol,” he wrote later.

Actress Mandy Moore, star of the hit drama This Is Us, was married to Adams from 2009 to 2016. She went on the record to the Times with allegations against Adams of being “psychologically abusive.” Adams’ ex-fiancée, Megan Butterworth, also made similar claim to the Times.

“He would always tell me, ‘You’re not a real musician, because you don’t play an instrument,” Moore said of Adams, who was her music manager. “His controlling behavior essentially did block my ability to make new connections in the industry during a very pivotal and potentially lucrative time — my entire mid-to-late 20s.”
Singer-songwriter Phoebe Bridgers said her relationship with Adam went from professional to a “whirlwind romance.” Within weeks, Bridgers told the paper, Adams’ “attention turned obsessive and emotionally abusive.”
Ryan Adams addressed the accusations in a series of tweets, calling the claims in the Times piece “upsettingly inaccurate” and others “outright false.
“I am not a perfect man and I have made many mistakes. To anyone I have ever hurt, however unintentionally, I apologize deeply and unreservedly.”
“But the picture that this article paints is upsettingly inaccurate. Some of its details are misrepresented; some are exaggerated; some are outright false. I would never have inappropriate interactions with someone I thought was underage. Period,” he said. “As someone who has always tried to spread joy through my music and my life, hearing that some people believe I caused them pain saddens me greatly. I am resolved to work to be the best man I can be. And I wish everyone compassion, understanding and healing.” 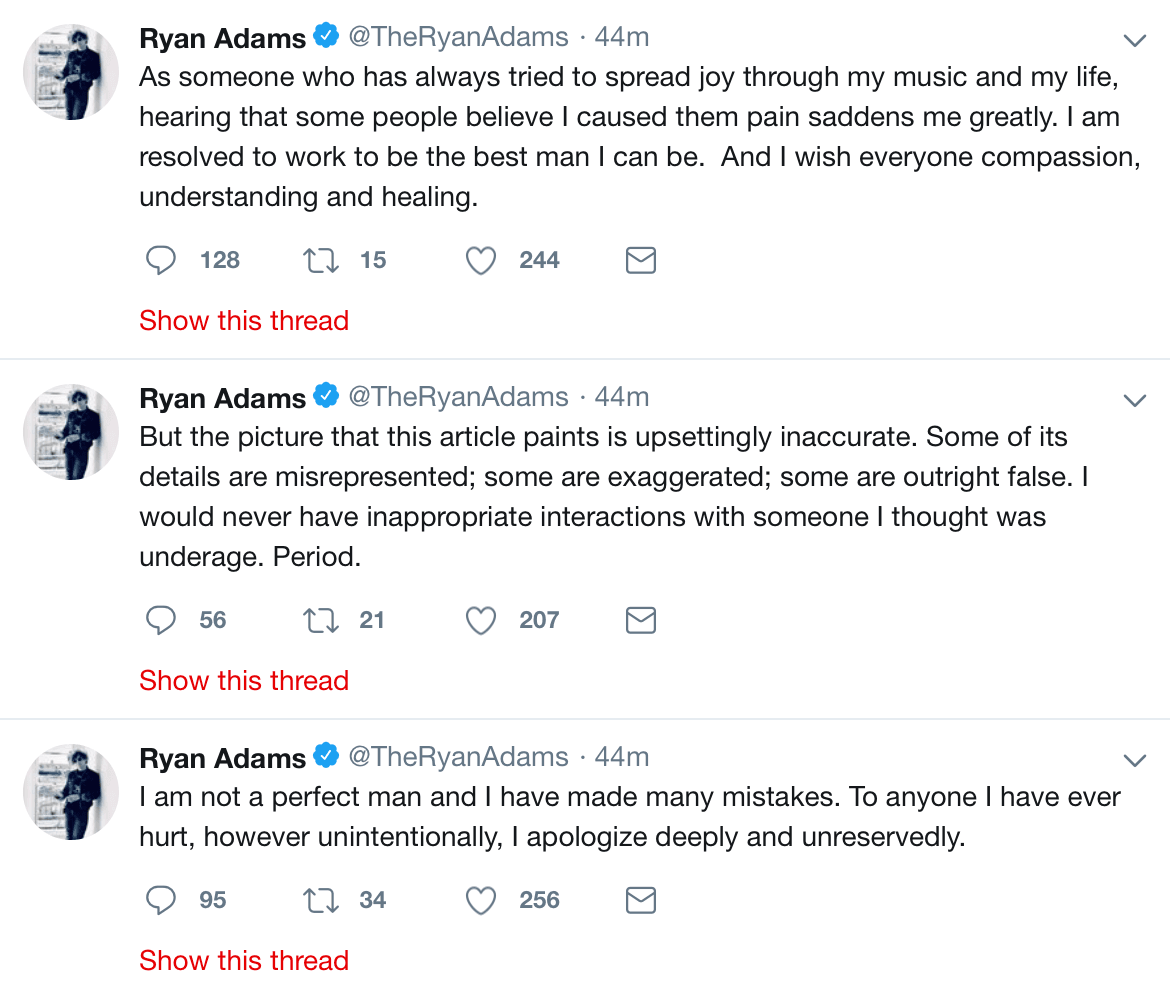 Adams also apparently lashed out at the Time Adams in a now-deleted Instagram post. The rocker posted an image of the New York Times logo with the caption that read, “Fuck you.” 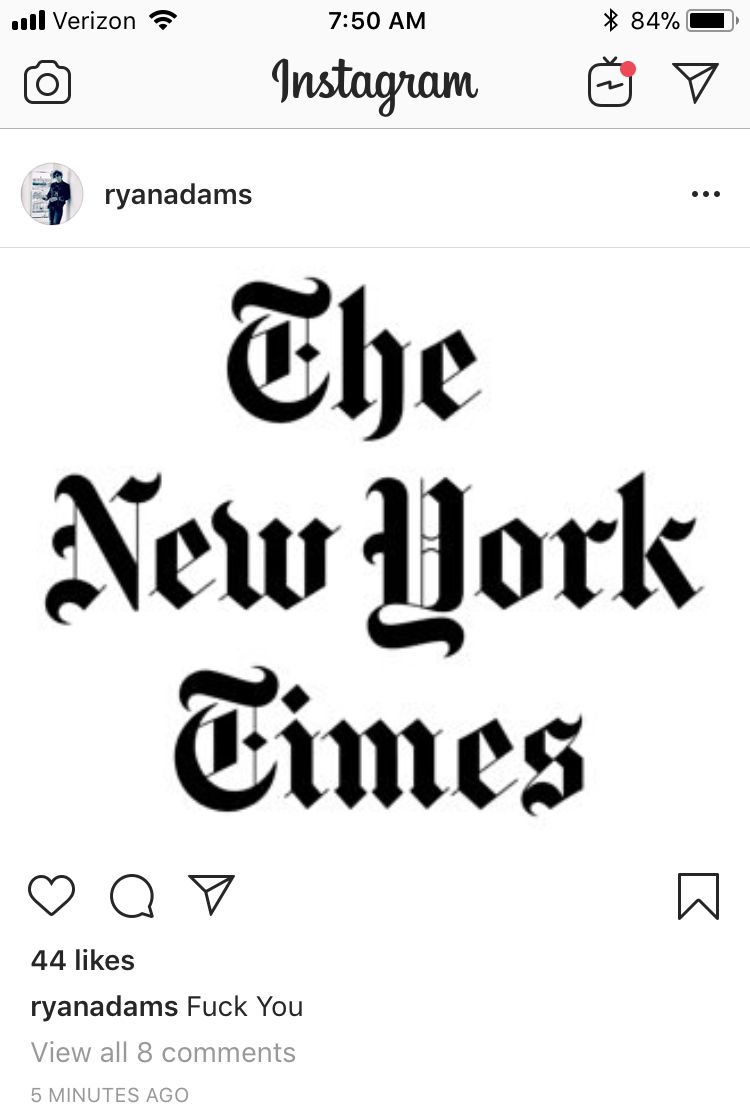 Ryan Adams, who is often vulgar toward President Donald Trump, also tweeted, and then deleted, saying, “Happy Vanetines day @nytimes. I know you got lawyers. But do you have the truth on your side. No. I do. And you have run out of friends. My folks are NOT your friends.”