A-list Hollywood actor Chris Pratt shared an emotional tribute to social media on Veterans Day, honoring his brother, other family members who’ve served in the U.S. military, and the “brave men and women who sacrifice a whole hell of a lot.”

“Today is their day. So celebrate a veteran today. Today I celebrate Cully, as well as my cousin Curtis, Uncle Steve, Uncle Skip, second Cousins, Joey and Alex, besties Jared and Jeffrey, all those I’ve fished for hunted with, those who’ve blessed me with their challenge coins as I’ve encountered them on press junkets and in my travels, the many in the film industry working both in front of and behind the cameras,” Chris Pratt wrote in a Facebook message. “To those currently serving and those out thanks for your service. We appreciate you!”

The Jurassic World and Disney’s Guardians of the Galaxy star dedicated much of his Veterans Day tribute to his older brother, Cully, who joined and served in the Army.

“This is my older brother Cully. #happyveteransday I always wanted to be exactly like him. We were the same size despite our three year difference in age so as a kid I would wear the same clothes he wore, literally the day after he wore them- picking them up off the floor in his room,” Pratt wrote. “He put up with me and my incessant hyperactivity and forced his friends to do the same. I say all this to point out that he’s a real person. And the more we can look at our veterans for who they are, actual people, with siblings and parents, with children and funny pasts- the more we can approach our relationships to them with compassion and understanding.”

“My brother didn’t join the army because he wanted to be Rambo. He joined because it was an opportunity for a hard nosed kid who couldn’t afford college, somebody who wanted to get the hell out of his small town and probably wanted his own clothes,” Pratt’s message continued. “We have the greatest armed forces the world has ever seen. It’s made up of real people who joined for myriad reasons.” 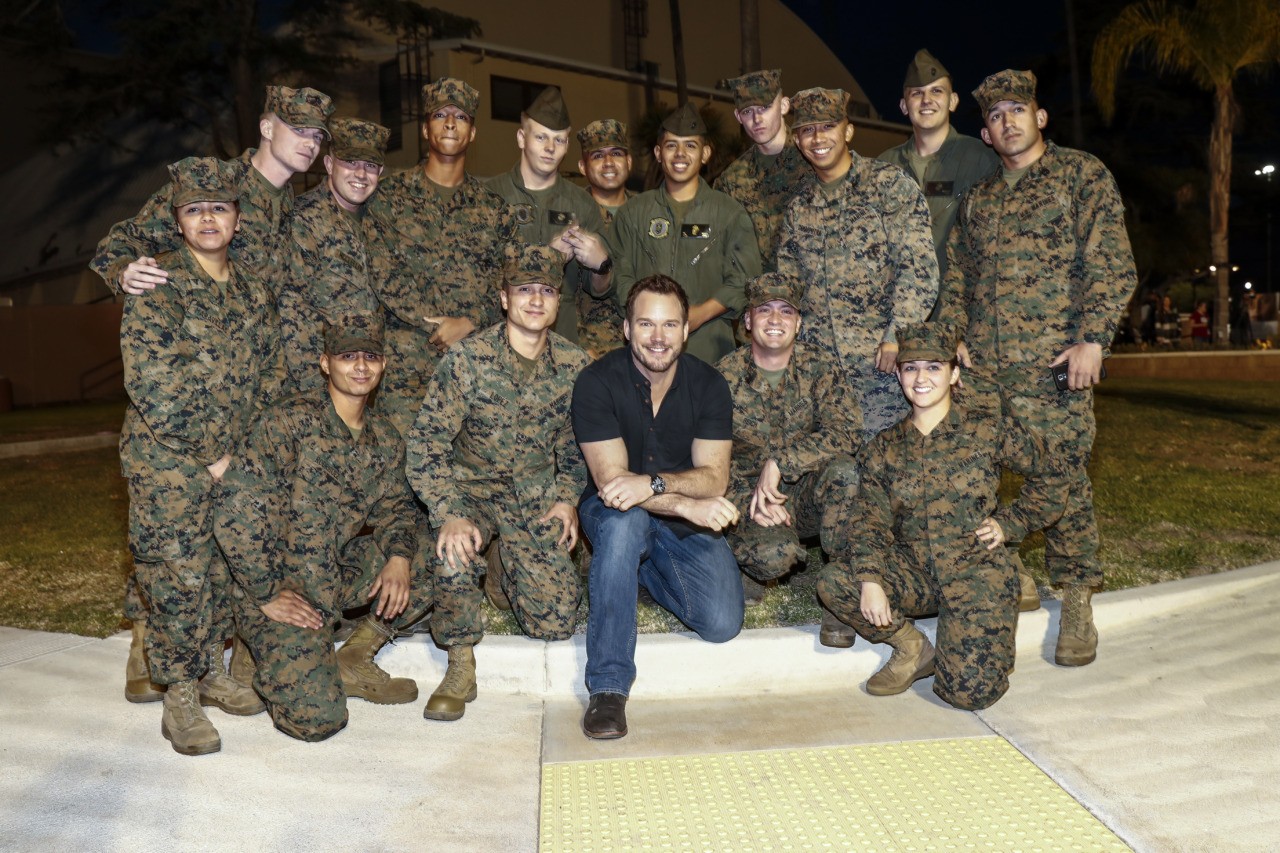 Chris Pratt has spent years supporting and volunteering on behalf of the United States military.

In 2016 Pratt joined other celebrities in “Got Your 6,” which is a program that helps veterans re-integrate into society. Last year, Pratt took part in the #Flex4Forces campaign hosted by the USO. Earlier this year, the Avengers star used his massive social media platform to help promote the Murph Challenge — which honors U.S. Navy SEAL LT. Michael Murphy, who was killed in combat and posthumously received the Medal of Honor for his bravery.

#TheMurphChallenge is just around the corner. Me and the gang got one done yesterday. Go to themurphchallenge.com to find out what I’m talking about, get you a shirt-post a sweaty pic with your crew for a RT! Order today for guaranteed shirt delivery on time for #memorialday amd join the millions of bad asses who’ve accepted the challenge! All proceeds go to a great cause! Special thanks to @jayglazer @xcnatch @iheartmindy @kimdejesus @tyga @shawnemerriman @nateboyer37 @brock_hekking @grahambunn @robg @reallifepimp @oliverstarkk @arnoldchon @jlweddle @adelkyokushin @forgedmike @samantha_r_bonilla #jaredshaw and everyone else who made it to @unbreakableperformance to take the challenge yesterday. We’ll be doing it again on memorial day. Join us!!! Get your shirt! Participate! Also shout out to my buddies @ericchurchmusic for the use of outsiders and @patrikgiardino for shooting the video. We’ll be dropping the full video on Memorial Day. And lastly but most importantly thank you to Lt. Michael P Murphy and the millions of soldiers who have paid the ultimate sacrifice for our freedom. We live this life because you laid down yours, gratitude and prayers for all of you. ♥️👍🏼🙏🇺🇸