This is the fifth part of a six-part series counting down the 53 greatest movies of the 21st century (so far). The previous chapter can be found here.  The next and final chapter will publish tomorrow.

He saw me across the room and he homed in on me like a guided missile.

On an existential level, Match Point is about how luck plays a vital role in our individual fates, how luck is more important than talent or even morality.

On a utilitarian level, Match Point is the story of Irish social climber Chris Wilton (Jonathan Rhys Meyers), a former tennis pro who doesn’t have the stuff to beat the best, primarily because he’s not willing to work as hard as they do.

Maybe I forgot to mention that luck is also more important than hard work. 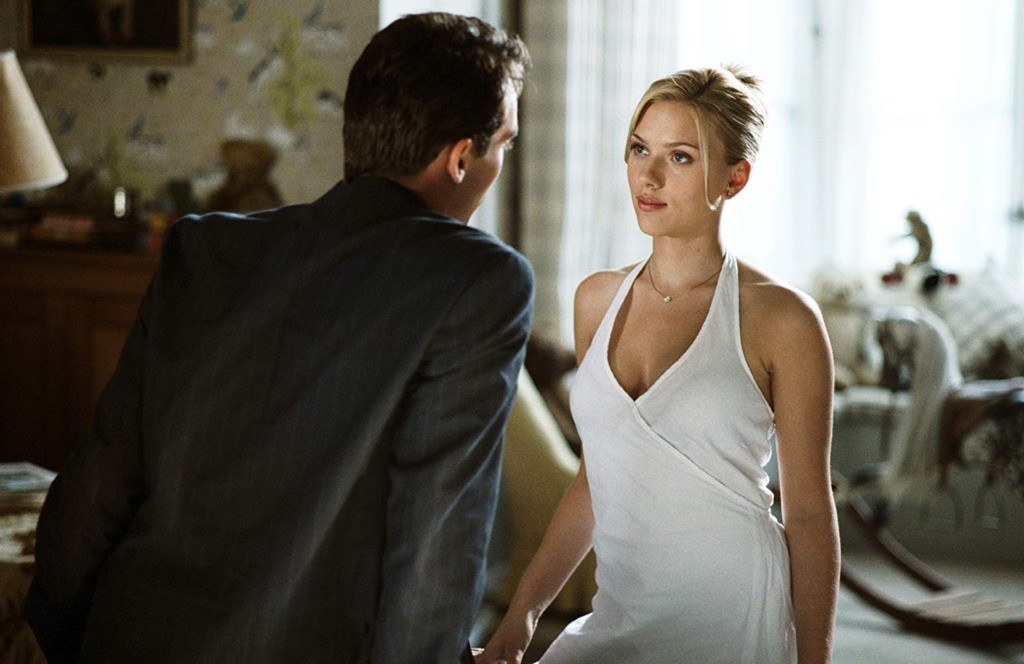 After he lands a job at an English country club teaching tennis to the idyll rich (the luckiest of them all), Chris ingratiates himself into the bosom of a wealthy family, marries the daughter, goes to work for the father, and embarks on a torrid affair with Nola (Scarlett Johansson). She’s a needy American actress, and eventually, through his own bottomless sense of entitlement, Chris finds himself boxed into a moral dilemma, that in a world without God, is not much of a dilemma.

Obviously, Woody Allen is again painting with many of the familiar themes he’s explored in the past — the futility of life, class, adultery… But Allen’s own personal take on A Place in the Sun (1951) offers something else.

We don’t like Nola. She’s not sympathetic. She’s clingy and insecure and constantly looking for a kind word to boost her shattered self-esteem. This is a courageous decision on Allen’s part. It makes us complicit as this wealthy family uses her, abuses her, and picks her to pieces just because she’s convenient.

Nola is sexy and common, and an easy way for Tom (an excellent Matthew Goode) to shock his mumsy and popsy, and to pretend, at least for a time, he’s his own man. But when Tom’s done rebelling, he simply tosses Nola away like a sports car he’s become bored with.

And then alone comes Chris…

While you’re disliking Nola, keep the following in mind… In both cases, she was minding her own business. She’s not a social climber. She’s not a gold-digger. Both men approached her, pursued her, and to get what they wanted, both dazzled her with money and promises. Both knew exactly how to prey on her vulnerabilities.

Nola is an innocent.

But the idyll rich took an “interest” in her, and found her useful … at least for a time.

Match Point is not about Chris’s climb into the one-percent, not about luck, not about how life has no meaning, and not just a meticulously-plotted and structured noir. Rather, it’s about how easy it is to condemn another to death by a thousand paper cuts, indignities, and humiliations. All this family had to do was leave poor Nola alone, but like well-bred vultures, they just kept picking at her.

Honestly, would it kill us to offer someone, even someone we don’t like, the life preserver of a kind word, of a little encouragement?

It’s never too late to become what you might have been.

In her first feature as a director, actress Sarah Polley frames the story of a woman (Julie Christie) slowly being consumed by Alzheimer’s in a way that allows her to examine what she really wants to talk about: the emotional violence of adultery — how the betrayed is never quite whole again, and what the betrayer must do if he’s ever going to begin to atone. 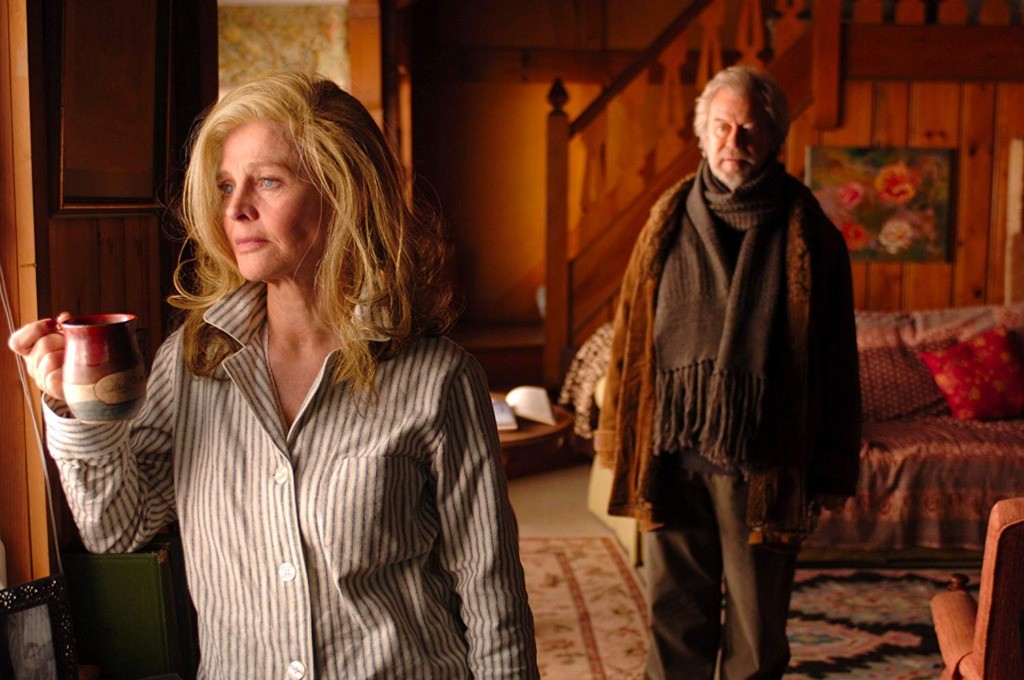 Director Christopher Nolan changed the comic book movie genre forever with his unsettling but forever-rewatchable allegory about America’s War on Terror, one that understands the difference between good and evil. 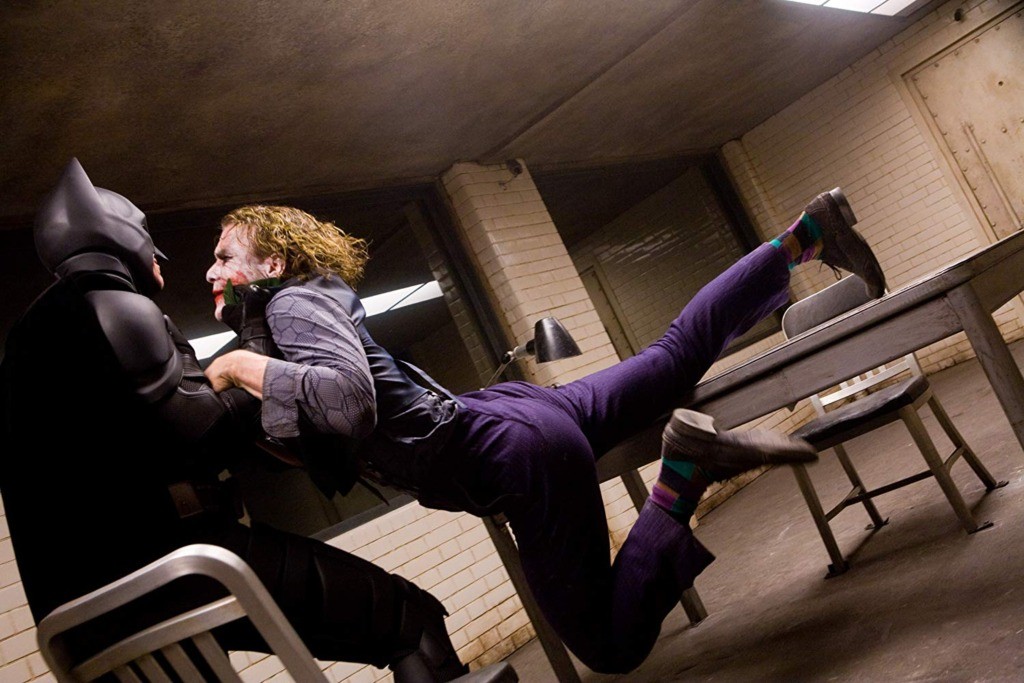 With the push of a button, our best can save themselves by murdering our worst, the dregs, the leeches and takers.

Our worst can save themselves with the simple act of crossing another moral line after crossing so many others.

Neither can bring themselves to do it, because that is just how much better we are than the savages who seek our destruction.

In the hundred year history of movies, writer, director David Lynch takes his failed television pilot and accomplishes what no one has ever done before, what no one has ever come close to doing before: he recreates the experience of an extraordinary dream, and not just the dream itself but the way it stays with you long afterwards… 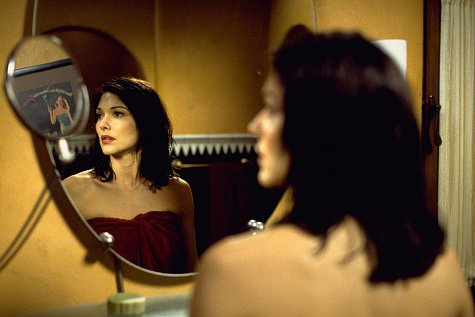 And  this is not a stupid dream — you know, one filled with midgets, unicorns, fog, and tropes. No, this is one of those dreams built in a world you almost recognize, one filled with a story and meaning and grace notes and sex and mystery and yearning and something just out of reach.

Most of all, it’s a dream you don’t ever want to wake up from.

Said he was goin’ to hell. Reckoned he’d be there in about 15 minutes.”

The Coen Brothers finally earned some overdue Oscar gold for this unforgettable examination of unreasoning evil and the inevitably of death in a natural world abandoned by God. 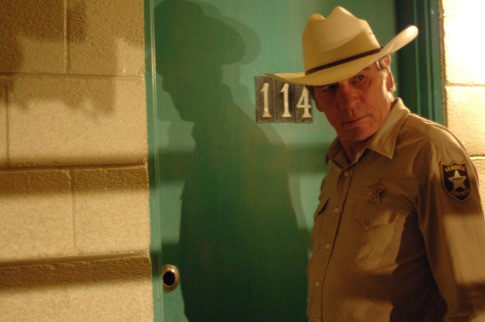 Part Peckinpah, part Kubrick, this neo-Western isn’t interested in explanations, only the effect something that cannot be explained has on the good and innocent people who get in Chigurh’s path — from an innocent storekeeper who just wants to pass the time to Tommy Lee Jones’ sheriff, a man in his sixties who thought he’d seen it all, was prepared to see more. But not this. Not this…

Although the futility of life and the randomness of death is something the Coens frequently explore, thanks to Cormac McCarthy’s source material, while there may be no purpose behind the mayhem, there is at least a philosophy, and a fascinating one at that…

Like Llewelyn Moss (Josh Brolin) and Carson Wells (Wood Harrelson), some of us will die at the hands of our own bad choices. Others, like Carla Jean Moss (Kelly Mcdonald), will die because those around us made bad choices. Sometimes it’s just “the cancer.” But then there are men like Sheriff Ed Tom Bell; good men, good husbands, men who dedicate their lives to others.

Maybe this time death doesn’t come out from behind the door. Someday it will, though. Soon enough it will. Soon enough you’ll lose the coin toss … just because. And there’s no sense to be made from it.

Your only hope is that there’s something to that death dream of yours, that your father has built a fire and really is out there somewhere waiting for you.

The great Sidney Lumet closed his extraordinary career as a director (Serpico, Dog Day Afternoon, Gloria, 12 Angry Men, The Pawnbroker, Fail Safe, Network, The Verdict…) with a twisty-turny (but never cute or gimmicky) story about two desperate brothers and a jewelry store robbery that goes as wrong and any robbery has ever gone wrong in the history of robbery. 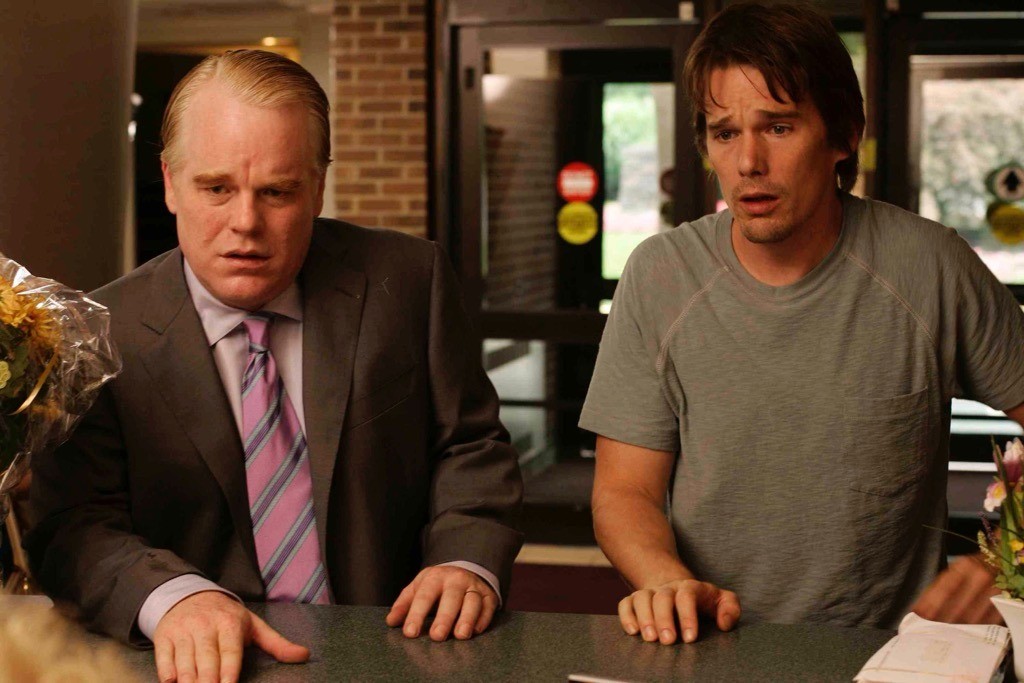 Lumet, working with Kelly Masterson’s script, blows apart all the pieces of a finely-tuned clock that make up both an inept robbery and a family’s searing dysfunction. Then, just when you least expect it, he puts the pieces together in a finale so shocking you can hardly believe it.

Every minute of the 117 is increasingly agonizing to watch, but in that beautiful way that makes you want to go through it all over again.

Do they have clubs for you people?

The dwarf (an amazing Peter Dinklage) is a militant loner tired of the stares. The clown (a hilarious and lovable Bobby Cannavale) is lonely and in desperate need of friends. The artist (a fetching Patricia Clarkson) is going through a wrenching divorce after losing a child.  Together, with the help of a chubby and curious schoolgirl, they save each other due to a unique super power so few people are gifted with: the ability to be unassuming, to take people as they come. 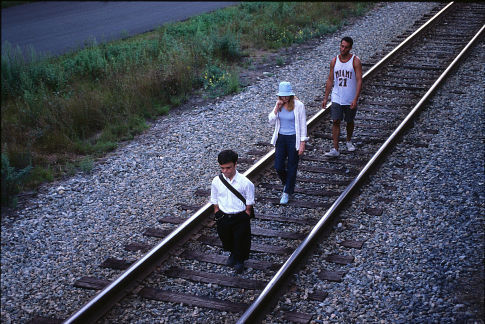 Dinklage is a marvel as the title character, every bit as stoic and cool as Hollywood’s greatest loners, and just as capable as a Steve McQueen at communicating a rich, difficult, and asphyxiated emotional life without the crutch of exposition.

Director Kathryn Bigelow’s follow-up to the over-praised Hurt Locker is a magnificent piece of high-tension film-making that does something Hollywood has almost given up on completely — dares to tell an inconvenient truth. In this case that truth is that without the enhanced interrogations America’s quislings falsely describe as “torture,” we never would have found and killed Osama bin Laden.

More importantly, Zero Dark Thirty is how you make a feminist movie. 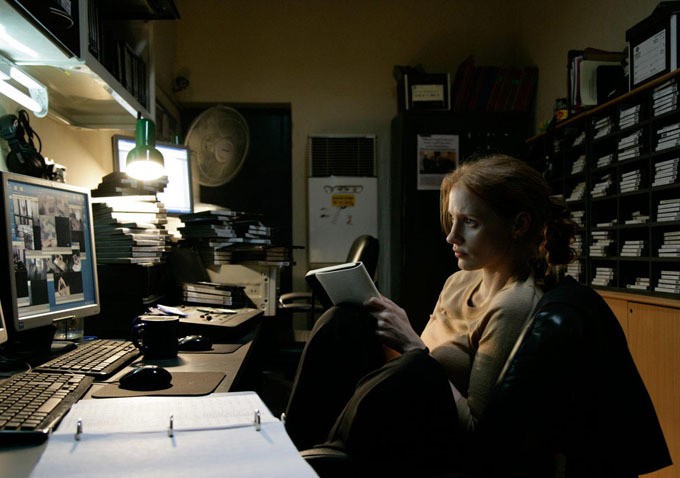 Jessica Chastain is simply outstanding as Maya, the fictional CIA analyst who acts as a composite character for the women screenwriter Mark Boal discovered had played a leading role in this decade-long hunt.

Maya is no Mary Sue. When we meet her, she’s unsure, tentative, out of her element. Over time, though, over many years, her learning curve kicks in and then her instincts. And despite all those setbacks and push-backs from the suits, through sheer will, intelligence, and an ever-growing passion to see the job through, she earns our respect. Not because she’s a woman; but because she’s good at what she does and lays it on the line.

My favorite moment is just before the raid. Maya doesn’t think much of the SEALs tasked with the job.

“Quite frankly,” she hisses at one of them, “I didn’t even want to use you guys, with your dip and velcro and all your gear bullshit. I wanted to drop a bomb.” Then…

She gets The Call. The raid is a go. Tonight. Without saying a word Maya hangs up the phone and looks at the men and their “dip” and their “velco” and their “gear bullshit” and for the first time sees them for who they really are — that rare breed of man willing to die for another.

What a thing for a Hollywood movie to do, for a female filmmaker to do…

It wasn’t the big, burly,  testosterone-fueled, macho assholes who stereotyped Maya as a secretary or pretty face. No, she was the sexist doing the stereotyping, and that’s why Bigelow (whose praises I have sung for the 32 years since Near Dark) is one of our great storytellers.