This is the sixth and final part of a six-part series counting down the 53 greatest movies of the 21st century (so far). The previous chapter can be found here.  All of the titles nominated (by yours truly) are listed at the bottom in alphabetical order..

All the Twitters, I know ’em.

I miss comedy. I miss John Hughes and John Candy and even silly movies like Cannonball Run where everyone works their butts of to entertain, where every group is satirized, the theme is rebellion against authority, the bad guy is a stuffy bureaucrat, a killjoy; where the women aren’t uptight and love to drive us crazy. 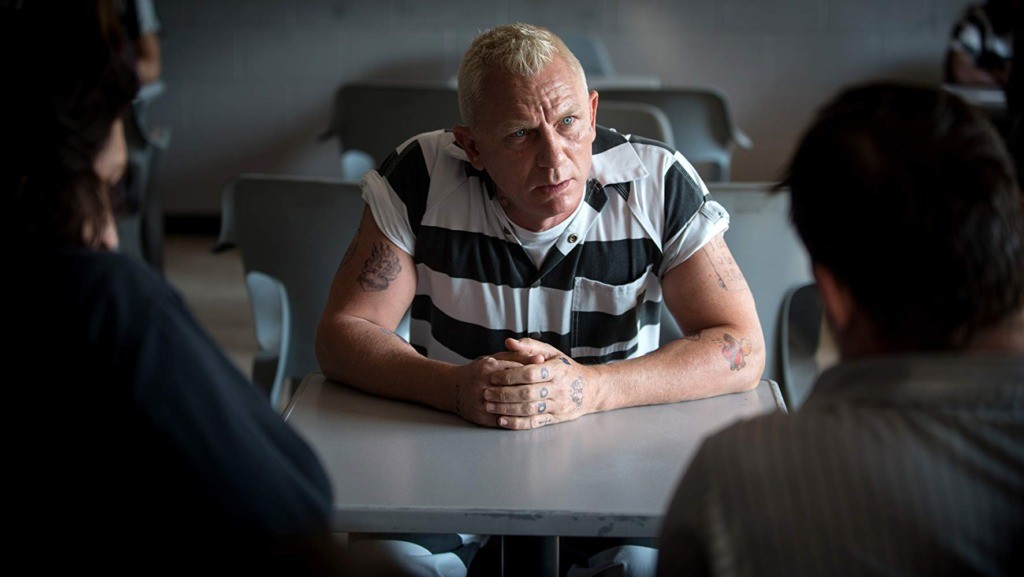 Director Steven Soderbergh’s Logan Lucky is a perfect throwback to those southern-fried glory days of Burt Reynolds, movies like White Lightning, Gator, Hooper, Smokey and the Bandit, where our workaday, beer-swilling heroes outsmart the establishment in the finest Dixie tradition of rebellion and resistance. Best of all, Soderbergh’s heroes are legitimate good ole’ boys: harmless types who can laugh at themselves and who thrive on being underestimated, especially by those bigots who confuse a drawl with a low IQ.

Logan Lucky is not just funny, it’s a legitimately creative heist film and a quotable and sexy one that that.

Remember when movies were sexy?

The death of the Hollywood comedy is one of the most under-covered stories of the 21st century, a genre that had been a crucial part of the business since the beginning. It was killed by filth and smug, killed by an industry so insular it’s lost complete touch with its audience, and industry that no longer knows how to relate to the rest of us on the most basic human level — the laugh. It was also killed by the new Moral Majority, a mob of crybaby snowflakes who can’t laugh at themselves, and who want Hollywood to instruct and shame, rather than just deliver a good time.

Logan Lucky doesn’t laugh at us or even with us. Unlike superior trash like Talladega Nights, it’s an affectionate and good-natured elbow in the ribs wrapped with legitimate affection and a simple but effective theme about the importance of friendship and family and fathers.

Forty years ago, no one would have given Logan Lucky a thought. In this humorless, fascist, woke era, it’s now an oasis in a desert.

Everyone’s great, especially Channing Tatum, Adam Driver, Seth MacFarlane, and Daniel Craig. They’re all having as good of a time as Burt and Dom and Dean and Sammy… Sharply funny dialogue, a story filled with a big, beating southern heart.

Don’t cry in front of the Mexicans.

Writer, director Quentin Tarantino takes the most foregone conclusion in the history of popular culture, what is still the most gruesome, heinous, and random crime of the last 50 years, and creates a miracle around it, a legitimate fairytale where the heroes save the princess. 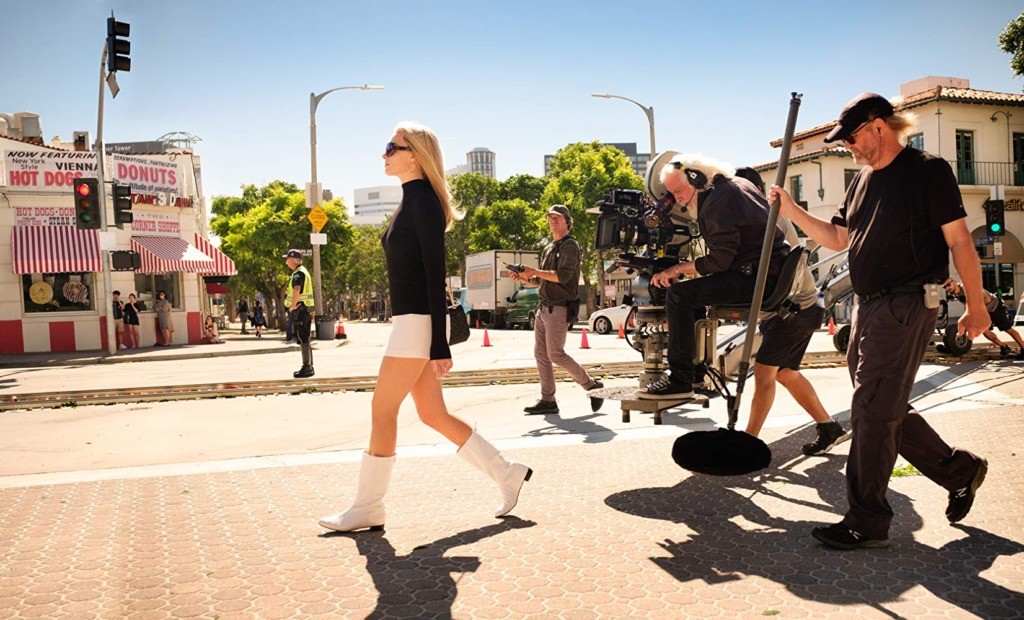 If Tarantino’s greatest movie was made up only of scenes showing Brad Pitt driving around Los Angeles, it still would have made this list.

And what haunts me, is that in all the faces of all the bears that Treadwell ever filmed, I discover no kinship, no understanding, no mercy. I see only the overwhelming indifference of nature.

Director, narrator Werner Herzog’s look at the life, activism, and grisly death of Timothy Treadwell is not just hypnotic, it is one of the most insightful documents into the nature of nature and even human nature. 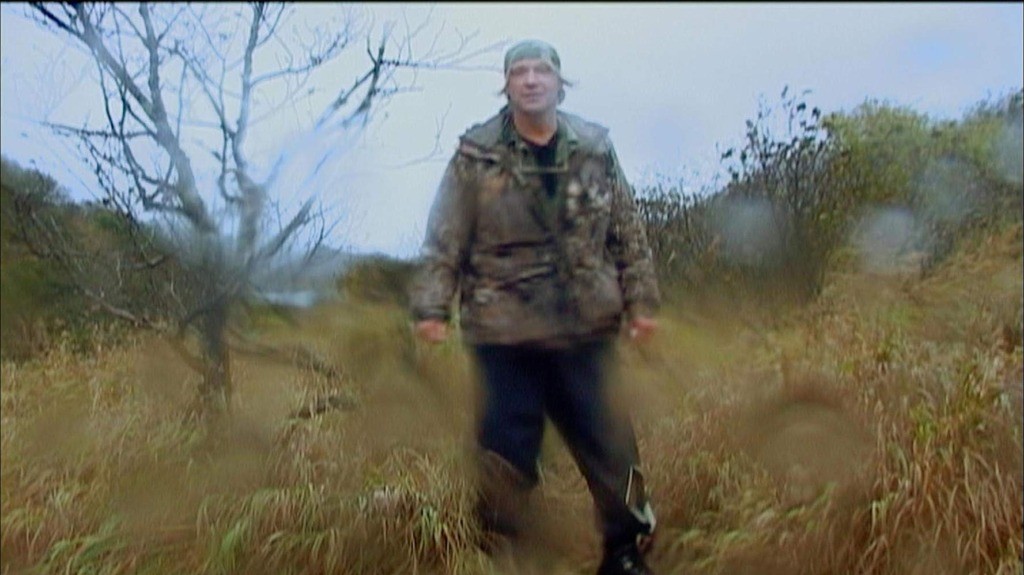 Treadwell is a goof ripe for satire and ridicule, but Herzog doesn’t lay a glove on him that way. Treadwell is just as ripe for folk hero status, a man who gave his life to a cause, but Herzog is also having none of that.

Treadwell was a fool, a fool who deceived the public, who got another person killed, and did more harm to his cause than good. Those are the facts, not Herzog’s agenda.

Herzog, a man who himself attempted to tame nature and failed, does have the moral courage to second guess, and in doing so delivers a documentary that is almost old enough to have whiskers and has stayed under my skin all that time.

No one dies for a lie, especially not in the way Christ did. That’s what the haters didn’t understand or don’t want to understand about the shattering power of director Mel Gibson’s blockbuster. 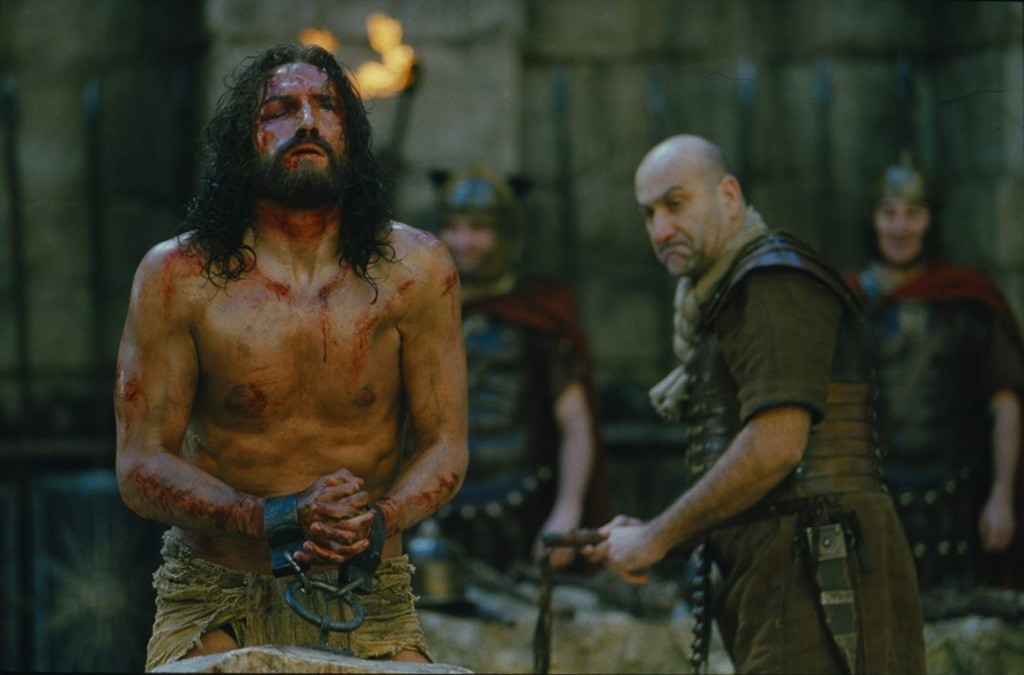 If you don’t believe, you are watching a nice man tortured for two hours. If you do believe, the experience of watching this living history, of knowing that even secular historians agree Jesus  walked the earth and was crucified over his claims of being the Christ — it not only affirms your faith, it serves as a poignant, powerful, and unforgettable reminder of The Sacrifice on your behalf.

Based on Ron Hansen’s 1983 fictional novel (which is framed within the essential facts of what actually  happened), writer, director Andrew Dominik’s The Assassination of Jesse James by the Coward Robert Ford is not only the best movie of the 21st century (so far), it is also one of the best of all time. 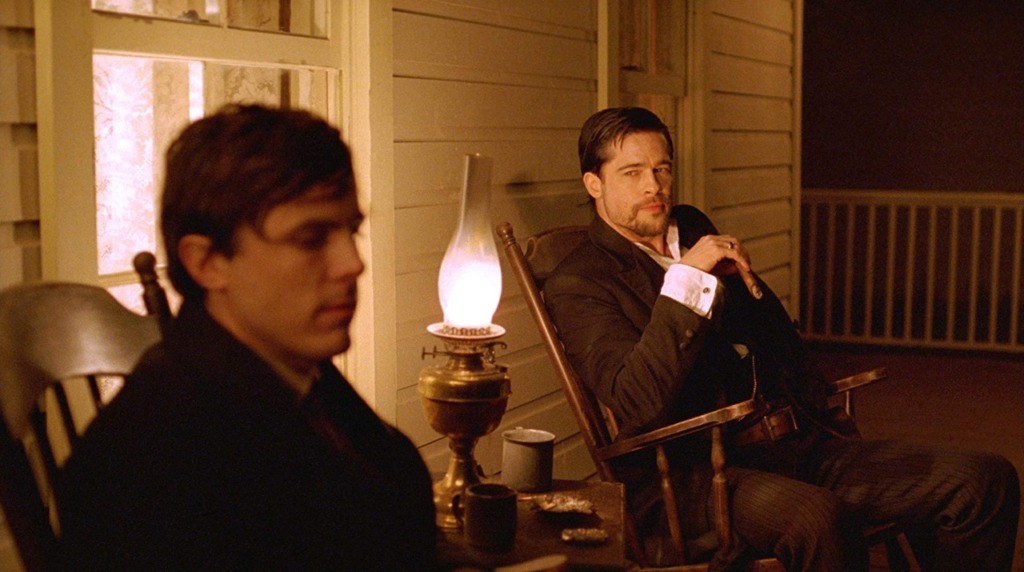 As I’ve mentioned before, when the lights go down, I’m the easiest lay in the room.  It takes a lot for me to dislike a movie.

The downside is that I can walk out a little more impressed than I should be. You know, I can be certain  Dunkirk (2017) or The Road (2009)  are full-blown masterpieces only to discover after a second helping that they’re just really good movies. Rest assure, every movie on this list, including those just out in theaters, I made sure to see more than once.

The Assassination of Jesse James is not just a movie that knocked me out the first time (I was lucky enough to see it in the theater), it knocked me out a little more the next time. And the time after that. It’s like a timeless song you never tire of: the presentation is not just exquisite and moving, you keep finding deeper and deeper meanings.

It was only after my fourth or fifth listen when I realized this is not a movie about Jesse James. The notorious outlaw might be the title character, and Brad Pitt might play him, but the movie isn’t about him.

The movie’s not even about an assassination.

No, it’s about how Robert Ford was Jesse’s final victim; it’s about how Jesse, a malevolent manipulator, cornered Ford into the cowardly act of shooting him in the back of the head while his (Jesse’s) wife and two children were in the house.

We’ll never know the why of what really happened. We do know the basic beats. We know Ford and his brother joined the James Gang near the very end, after a disastrous bank robbery attempt in Northfield, Minnesota, practically wiped the gang out. We know Ford cut a deal with the governor to assassinate Jesse, a man he admired since he was a kid. We know Ford did indeed shoot Jesse in the back of the head with Jesse’s wife and children in the house. We also know Ford went on the road with his brother to re-enact the slaying, only to discover that once the excitement was over, once heads cleared, public opinion branded him a coward.

What we don’t know Dominik fills with his hypnotic folk song, a song where Jesse is the Devil offering fame and celebrity, offering the assurance of an easy life and all your shallow and childish dreams coming true, if you will only sign on the dotted line, if you will only sacrifice your soul by murdering a man — your own hero — in cold blood.

This offer is made to Ford,  an easy target — a young, starry-eyed, insecure, bullied bully, too petulant and childish to grasp the true cost of living with such a thing.

What makes Casey Affleck’s performance as Ford one of the all time greats,  is how he wordlessly telegraphs all those insecurities and conflicting emotions; how he knows that what he’s about to do is wrong, but that he believes the Devil will keep his end of the bargain because in a country filled with dime novels, Ford knows that if he can just  summon the sand to do this one unspeakable thing, if he can just bring himself to cross the line this once, that will all quickly be behind him while fame, fortune, and his own legend await.

Besides, no one respects him, not even Jesse. They laugh at him and use him.

Affleck’s Ford is an extraordinary creation, a pitiful, jealous, needy, petulant, manipulative child who grew up too late, but who lived long enough to truly regret what he had done and to know full well how history would write his epitaph.

That’s a helluva bag of rocks to drag around, and it’s all right there in Affleck’s tragic eyes, eyes that in the end, both fear and welcome his fate.

Below are all the movies I considered for this list, the nominees, so to speak…

Before the Devil Knows You’re Dead

Catch Me if You Can

Diary of the Dead

Enemy at the Gates

Girl with the Dragon Tattoo (original)

Man Who Wasn’t There

Manchester By the Sea

No Country for Old Men

O.J. Made in America

Once Upon a Time In  … Hollywood

Passion of the Christ

Pirates of the Caribbean: Curse of the Black Pearl

Rogue One: A Star Wars Story

Shaun of the Dead

X-Men: Day of Future Past