Jane Fonda is back and she’s still wearing her red overcoat. The left-wing Hollywood actress and activist has revived her series of climate change protests. But instead of snarling traffic in Washington D.C., she has brought her boisterous brand of environmental activism to downtown Los Angeles, where she and her supporters set up camp Friday morning in front of City Hall.

“Right now across California, there are over 8,500 oil and gas wells within a half of a mile of where people live,” she told fellow protestors gathered outside. “Almost 5.5 million Californians live within a mile of a polluting oil or gas well. And for them, cancer and other health problems are rampant.”

Fonda’s long-running climate drama wouldn’t be complete without celebrity co-stars. On Friday, she was joined by Joker star Joaquin Phoenix. This is the actor’s second appearance at one of  Fonda’s climate rallies after being arrested in Washington in January. 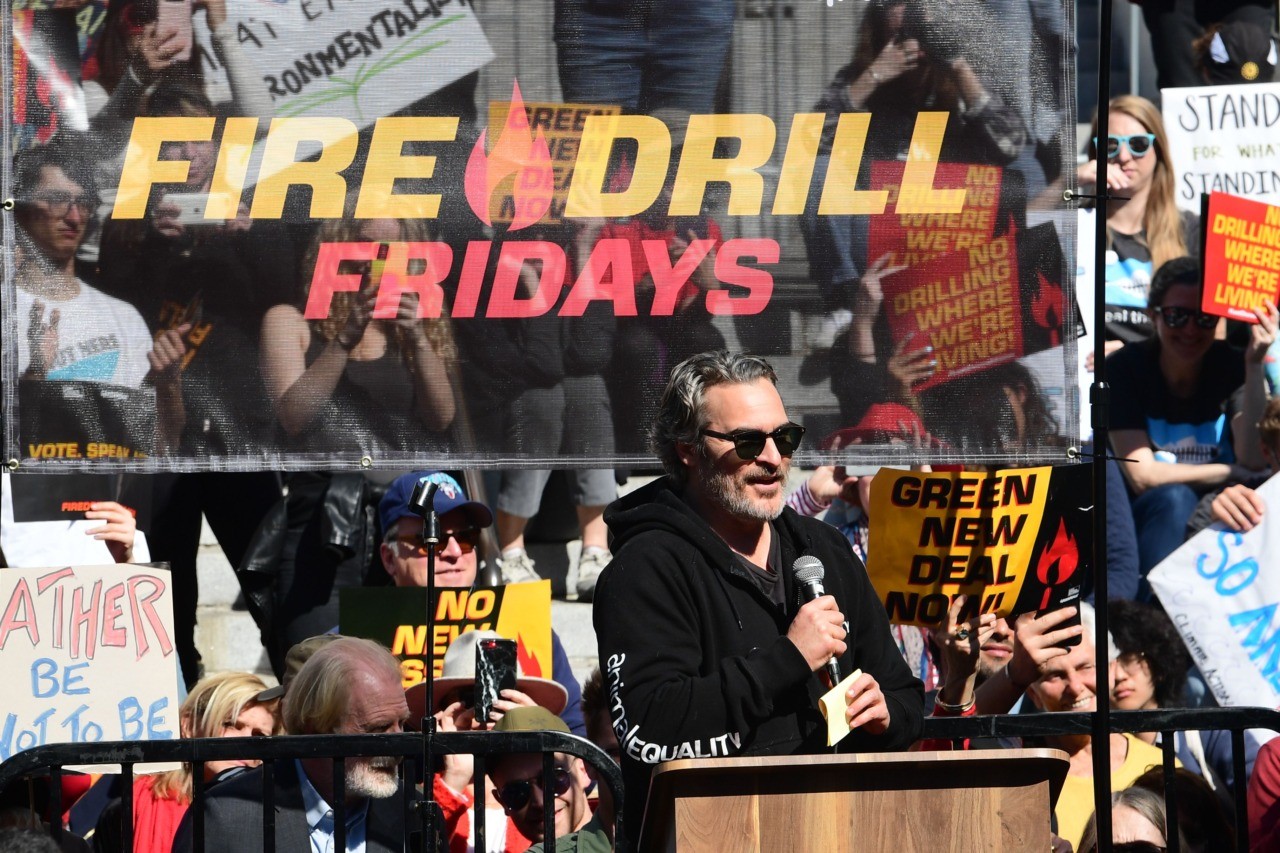 Actor Rainn Wilson of NBC’s The Office was also at the rally, jokingly telling the crowds that “99% of celebrities are idiots. Including myself.” But he continued by introducing grassroots environmental activists who attended the protest.

Fonda was also joined by Norman Lear, the 97-year-old TV producer of All in the Family and One Day at a Time. 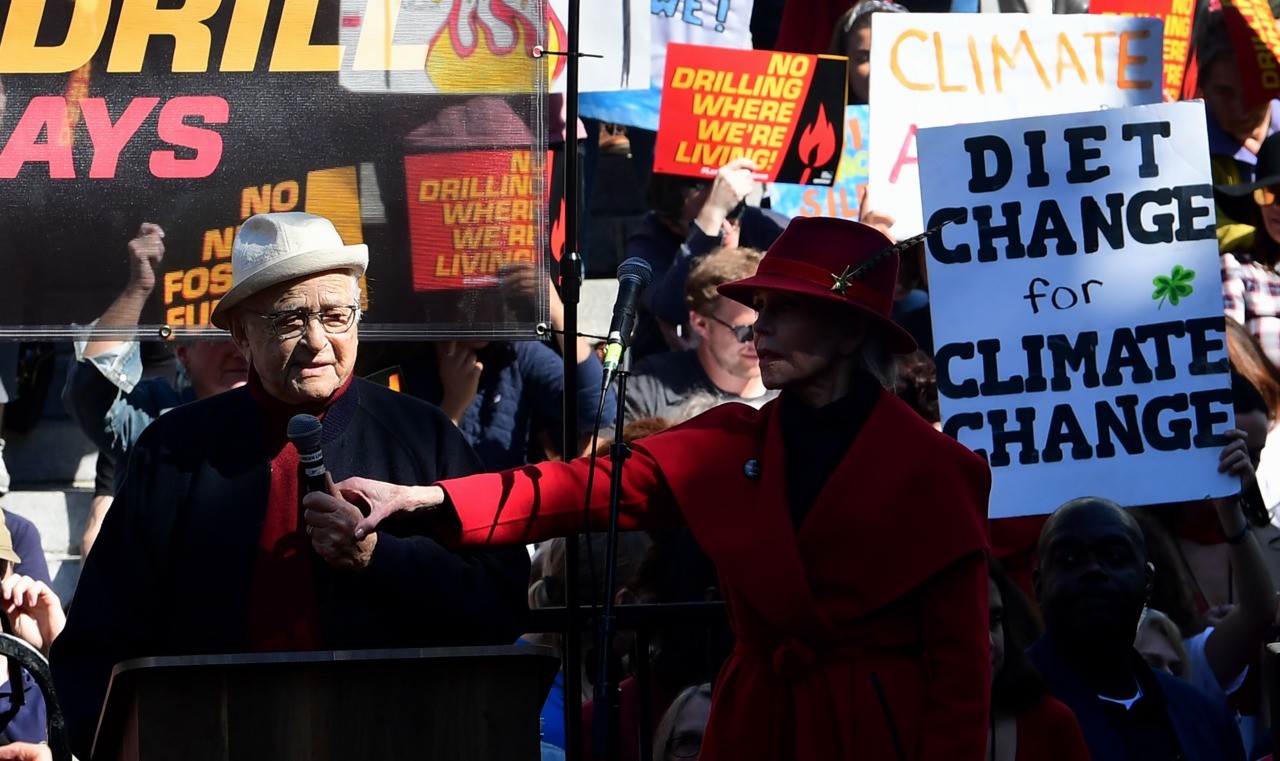 “I have been enjoying and living off of the planet longer than anybody here.”

“It’s wonderful to look out at all of your faces. It’s wonderful to have all of the people who came out for Jane, the climate and the planet. I can’t believe I’m standing here. I’ve been enjoying and living off the planet longer than anybody here,” Lear said in an address to the crowd.

“I want to save the planet for the six kids that brighten my life and the 4 gc behind them. I don’t have a hero bigger or more important to me or to them than Jane Fonda.”

Fonda then led fellow protestors on a march through downtown L.A.

There is power in numbers 🔥We are marching from LA City Hall to demand NO NEW FOSSIL FUELS and a GREEN NEW DEAL #LastChanceAlliance #FireDrillFriday #firedrillfridays pic.twitter.com/rdobhTSCbK

Jane Fonda led 14 consecutive climate change protests in Washington, D.C. before returning to L.A. last month to start shooting the final season of her Netflix sitcom Grace & Frankie. The actress was arrested several times for disrupting the peace in and around Capitol Hill.

While Fonda was out protesting every Friday in Washington, she is only expected to protest on the first Friday of each month in L.A.