Rapper DaBaby paid tribute to the Black Lives Matter marches, many of which have descended into violent riots and resulted in the loss of lives, during Sunday’s MTV Video Music Awards, performing one of his hits on top of a police car as the cityscape turned to fiery turmoil in the background.

DaBaby performed “Blind” while handcuffed in the back of a police vehicle. But the performance took a dramatic turn as he performed “Rockstar” from on top of the car — an image reminiscent of rioters standing atop police vehicles and, in some cases, smashing them. The cityscape also took on the unsettling images seen in cities like Kenosha, Wisconsin, as flames shot up in the background, consuming the skyline. At one point, a sign reading, “Stop Killing Us” can be seen in the corner next to the Jabbawockeez, a dance group that performed alongside the rapper.

The police car stunt from DaBaby harkens back to 2016, when Beyonce released the video “Formation” ahead of her Super Bowl 50 half time performance — a video which was also filled to the brim with references to the Black Lives Matter movement and featured her sitting on top of police car sinking in water. 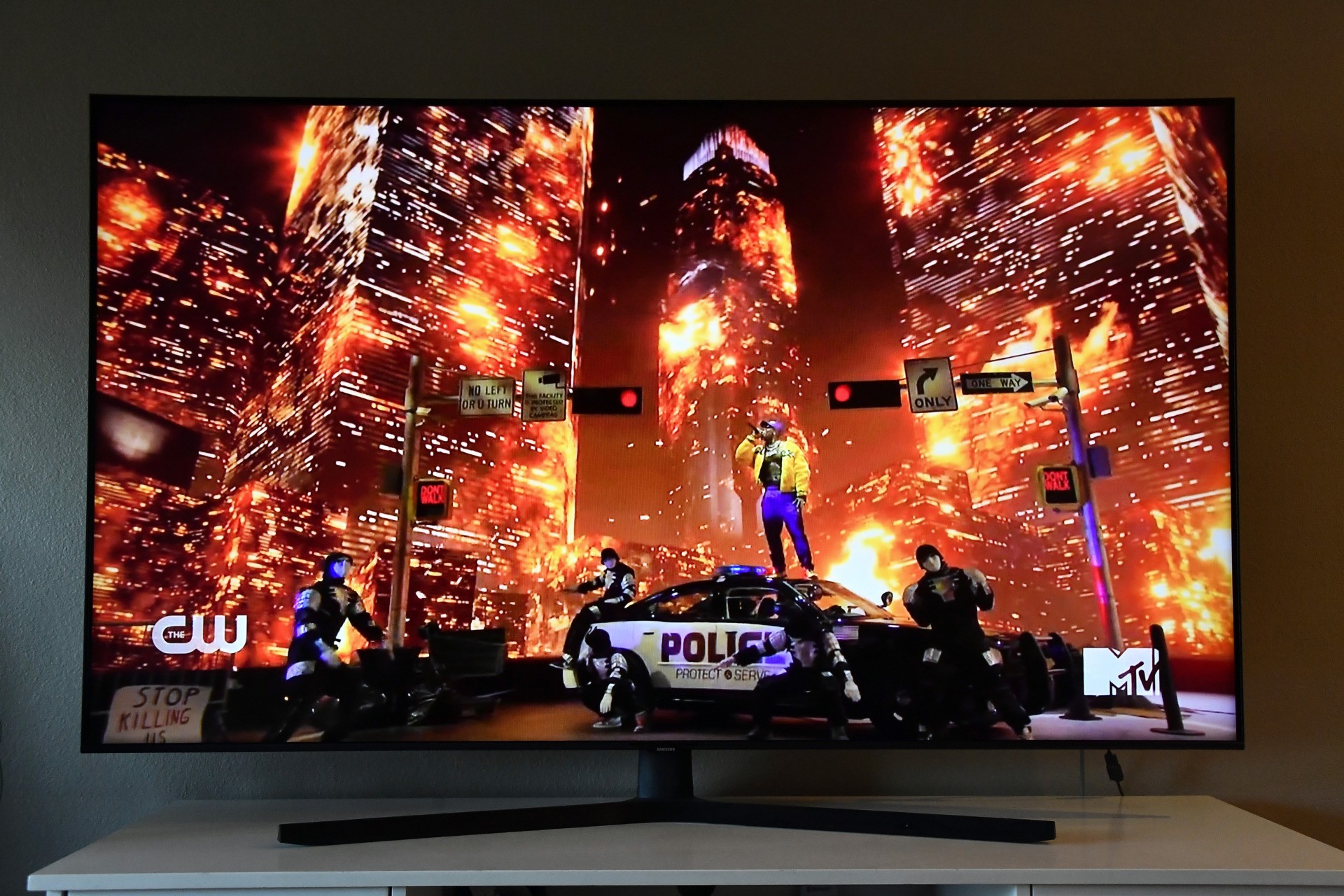 In this photo illustration, DaBaby, viewed on a television screen, performs during the 2020 MTV Video Music Awards broadcast on August 30, 2020 in New York City. (Photo Illustration by Frazer Harrison/Getty Images)

Notably, DaBaby had a non-lethal run-in with the police in January. Police detained the rapper and brought him to the Miami police headquarters, where he faced questions regarding a robbery investigation.

VMAs Host Keke Palmer also highlighted the Black Lives Matter movement, praising her generation for taking it “to the streets” to “make sure our voices will be heard.”

“Enough is enough. What we just witnessed in Kenosha, Wisconsin, is yet another devastating reminder that we can’t stop, that we can never tolerate police brutality or any injustice,” she said, failing to mention the criminal nature of the protests, many of which saw local businesses torched and destroyed. “We must continue the fight to end systemic racism. The leaders of that movement are you, us, the people watching tonight. It’s our time to be the change we want to see.”

Palmer made headlines in June after berating National Guardsmen in Hollywood after they refused to leave their post to march alongside protesters.

The Weeknd, who won two awards — best R&B and video of the year — for his hit “Blinding Lights,” also mentioned the leftist movement, telling viewers that it is “really hard for me to celebrate right now and enjoy this moment.”

“Justice for Jacob Blake, justice for Breonna Taylor,” he added.