In the first trailer for HBO’s Coastal Elites, nothing triggers Bette Midler quite like seeing a MAGA hat in the middle of New York. “It’s like me going to Nebraska, wearing a yarmulke, waving a rainbow flag, while reading a book!” her character says in the midst of a full-blown MAGA meltdown.

Coastal Elites, which debuts September 12, is already generating buzz for its unapologetically anti-Trump stance. The recently released trailer provides a first glimpse at the movie, which was filmed during COVID-19 lockdown and features a series of monologues from a fictional gallery of Trump haters.

Bette Midler plays a New York City public school teacher — and devoted New York Times reader — who lands in police custody after she lets her anti-Trump righteousness go too far. Midler herself recently let her hatred of all things Trump get the best of her during last week’s Republican National Convention when she called First Lady Melania Trump an “illegal alien” and made fun of her English.
Midler later offered an apology.

The cast also includes Issa Rae, who plays a fundraiser who recounts her dealings with Ivanka Trump. “She always made a point of remembering my name and smiling,” Rae’s character complains. “The smile — it was like she was saying, ‘I’m here but I’m not.'”

Actors Sarah Paulson, Kaitlyn Dever, and Dan Levy round out the ensemble cast.

The far-left Daily Beast, which has apparently already seen Coastal Elites, described it as a “cathartic and insufferable anti-Trump ragefest” and possibly “the most anti-Trump scripted programming to air on a major network.” 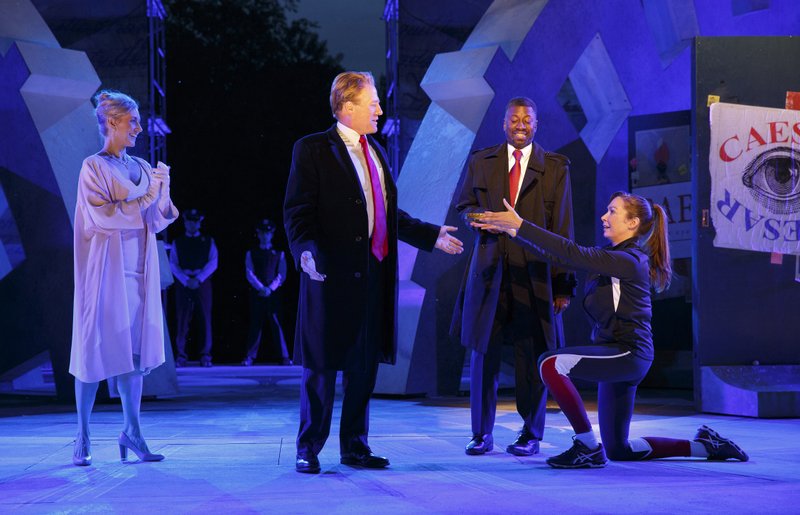 Coastal Elites originated as a stage production for The Public Theater — the New York institution that mounted the Trump assassination-themed Julius Caesar in 2017. Writer Paul Rudnick retooled his play for the small screen, with Jay Roach, who helmed HBO’s Sarah Palin drama Game Change, coming aboard to direct the project.

“I started writing Coastal Elites over a year ago, when I realized everyone I knew was angry and heartbroken and concerned about the future of our country and I was trying to figure a way into that material,” the anti-Trump playwright and screenwriter explained during HBO’s virtual press tour in August.

“These were people who demanded to be heard. It was an exploration.”
Rudnick regularly tweets out his hatred of all things Trump-related, especially members of the first family. “Trump’s solution to the virus: more death,” Rudnick tweeted this week. “Trump’s solution to racism: more racism.”