Actor Eddie Izzard has announced that a “transition period” has begun by which the British comedian will be in “girl mode from now on” and use the pronouns “she” and “her.”

“I try to do things that I think are interesting. This is the first program I’ve asked if I can be ‘she’ and ‘her’ — this is a little transition period,” Izzard said during the recent broadcast of the Sky Arts series, Portrait Artist of the Year, Deadline reported.

Artist and series competitor Curtis Holder asked Izzzard how it feels to be out and proud about changing pronouns to “she/her.”

“Well, it feels great, because people just assume that … well, they just know me from before. I’m gender-fluid. I just want to be based in girl mode from now on,” Izzard said. 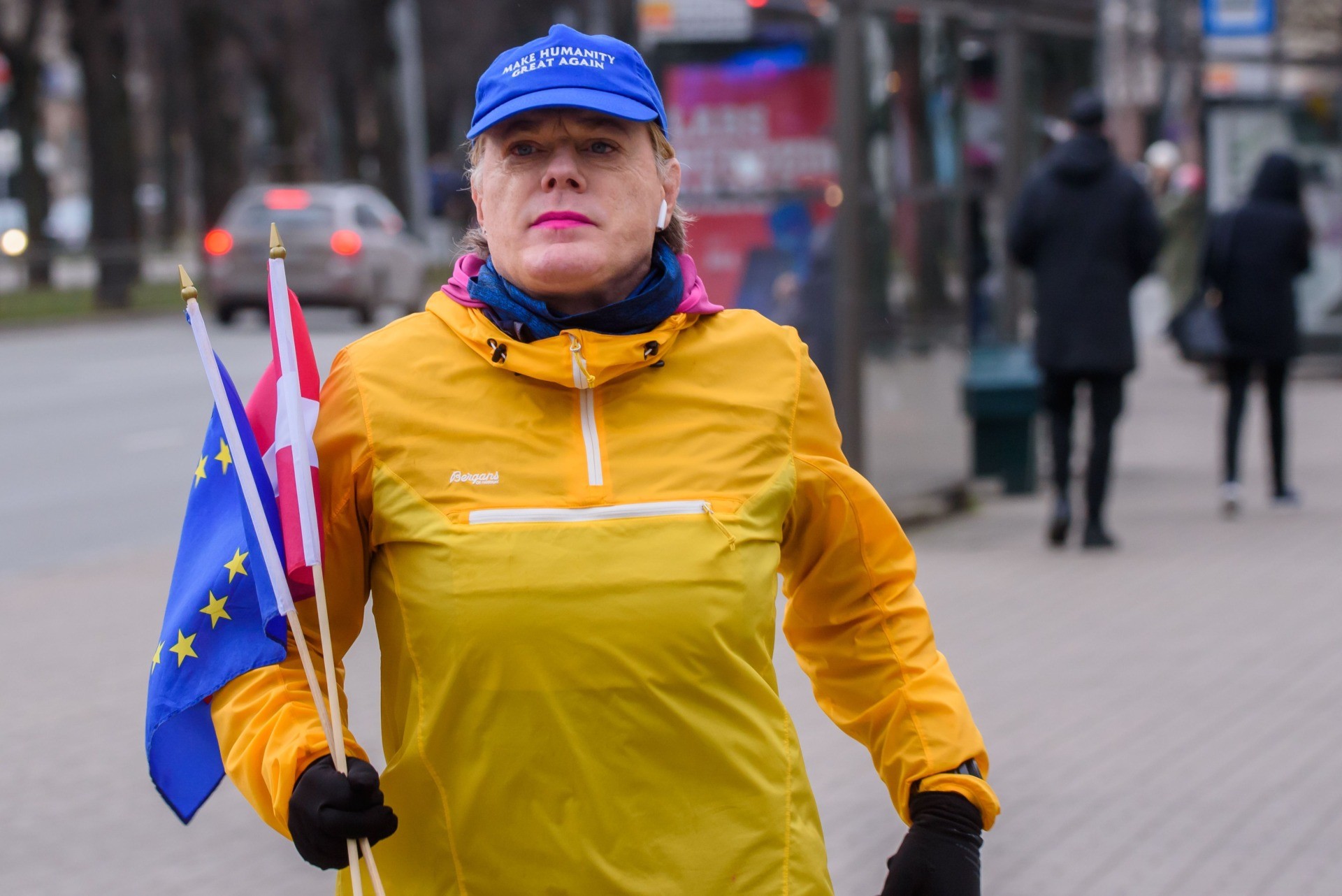 Eddie Izzard, English stand-up comic, actor, writer, and political activist runs the marathon distance 18th in a row ( he wants to run 28 marathons in 28 days and 28 countries) with the slogan MakeHumanityGreatAgain in Riga, Latvia on February 18, 2020. – His main goal is raising money for charities such as Unicef and their work with child refugees in Europe. (GINTS IVUSKANS/AFP via Getty Images)

The announcement is nothing altogether new for the Oceans 13 and Cars 2 star. In 2019, with Windy City Times spoke to Izzard about being “gender fluid.”

“I have boy mode and girl mode. I am kind of gender fluid. I want to express both sides of myself, which has always been there. I am a tomboy and tomgirl kind of person,” Izzard said.

Izzard appeared in last year’s Netflix cartoon series Green Eggs and Ham and is to be featured in the upcoming TV mystery series, Langdon.

Izzard will also participate in the A Run For Hope virtual marathon event on New Year’s Day by running a marathon on a treadmill. Additionally, the comedian will host a series of stand-up comedy shows in January for the charity.

While people like Harry Potter author J.K. Rowling are openly rejecting the radical transgender ideology — Rowling steadfastly insisting on the need for recognition of the biological status of women and speaking out for women who regret their “irreversible” sex reassignment surgeries — mainstream media conglomerates like the Cartoon Network are pushing gender ideology on to children via social media.

Here's to not only normalizing gender pronouns, but respecting them, too 💖 Whether you use he/she/them or something else, we acknowledge and LOVE you! Toolkit 👉 https://t.co/ZbhthybrdC