Lion King and Nashville star Donald Glover, whose credits also include 30 Rock, Solo: A Star Wars Story, and Atlanta, for which he won a Golden Globe, is not happy with the cancel culture’s (also known as blacklisting) effect on art, specifically film and television.

“[S]aw people on here havin a discussion about how tired they were of reviewing boring stuff (tv & film),” he tweeted, with this follow-up, “[S]o they feel like they can only experiment w/ aesthetic. (also because some of em know theyre not that good).”

saw people on here havin a discussion about how tired they were of reviewing boring stuff (tv & film).

so they feel like they can only experiment w/ aesthetic.

(also because some of em know theyre not that good)

“[W]e’re getting boring stuff and not even experimental mistakes(?) because people are afraid of getting cancelled,” he added.

we're getting boring stuff and not even experimental mistakes(?) because people are afraid of getting cancelled

Starting in the early 1930s and for some 30 years afterwards, Hollywood worked under its own self-imposed Production Code. In other words, Hollywood censored itself with the idea being to keep movies clean and free of controversy from religions groups and the like. The rules included small stuff like a man and woman could not be seen sharing a bed (even if married), to bigger stuff like crime cannot pay, no homosexuality, no overt eroticism (a kiss could only last so many seconds).

While I’m a free speech extremist, that doesn’t mean I fail to see the benefits of the old, discarded Production Code. If you watch movies from that era, they’re still full of sexuality and stories about how cool it is to be a criminal. Rather than make certain content completely off-limits, all the Production Code did was force artists to work in subtext. We don’t see Bogie and Bergman have adulterous sex in his office above Rick’s Place, a time-cut to a lighthouse informs us of that.

The Maltese Falcon (1941) is about three charming homosexuals, memorably played by Sydney Greenstreet, Peter Lorre, and Elisha Cook Jr. The subtlety in how this is communicated is one of movie’s delights.

As far as crime not paying, what kid in the 1930s didn’t want to be Jimmy Cagney, Edward G. Robinson, or George Raft, even if their characters did die in the end?

Finally, when it came to overt sexuality, Hitchock was the master at conveying eroticism and sexual passion within the confines of the Production Code.

What I’m saying is that the Production Code only restricted how something could be conveyed. It did not restrict content. And I believe the movies from that era are better for it. Subtext is almost always superior to text.

Returning to my main point… No topic was off limits under the old Production Code, and this is definitely not the case under today’s Woke Gestapo Production Code, which is strangling today’s artists and their art.

Undoubtedly, this is what Glover is talking about… Present-day movies and television are boring because today’s restrictions are so narrow and stifling, not to mention intensely regulated. Everyone’s terrified to color outside the lines, to push the envelope for fear of being blacklisted (a legitimate fear). So what we get are movies and television shows that all look and sound alike.

Sexuality is verboten (unless it’s gay sex). Everything’s maddeningly sterile. Look at Marvel movies. They’re so asexual it’s absurd. But under the Woke Gestapo Production Code, women do not need men, so Hulk and Black Widow aren’t allowed to get it on. After that first movie, even Iron Man was neutered.

How do you work around an edict that says a woman cannot need a man? You can’t. It is what it is. So no more sex, no more sexuality, no more romance — three things that have always been the backbone of storytelling.

The Woke Gestapo Production Code also ensures racial minorities and women can only be portrayed in a certain way, same with homosexuals and illegal aliens, etc. Worse still, these characters must hold the “correct” beliefs and engage in overt virtue signaling. Sorry, but that’s not art.

When you have rules in place outlawing content (something the old Production Code did not do), as well as rules requiring certain people be portrayed only this way and that certain messages be included, what you get is anti-art, and the result is sameness, is something generic, dull, and predictable – like the new Star Wars trilogy. You are also taken out of the story by the overt messaging; the spell is broken, which, in my mind is the biggest sin a storyteller can commit. 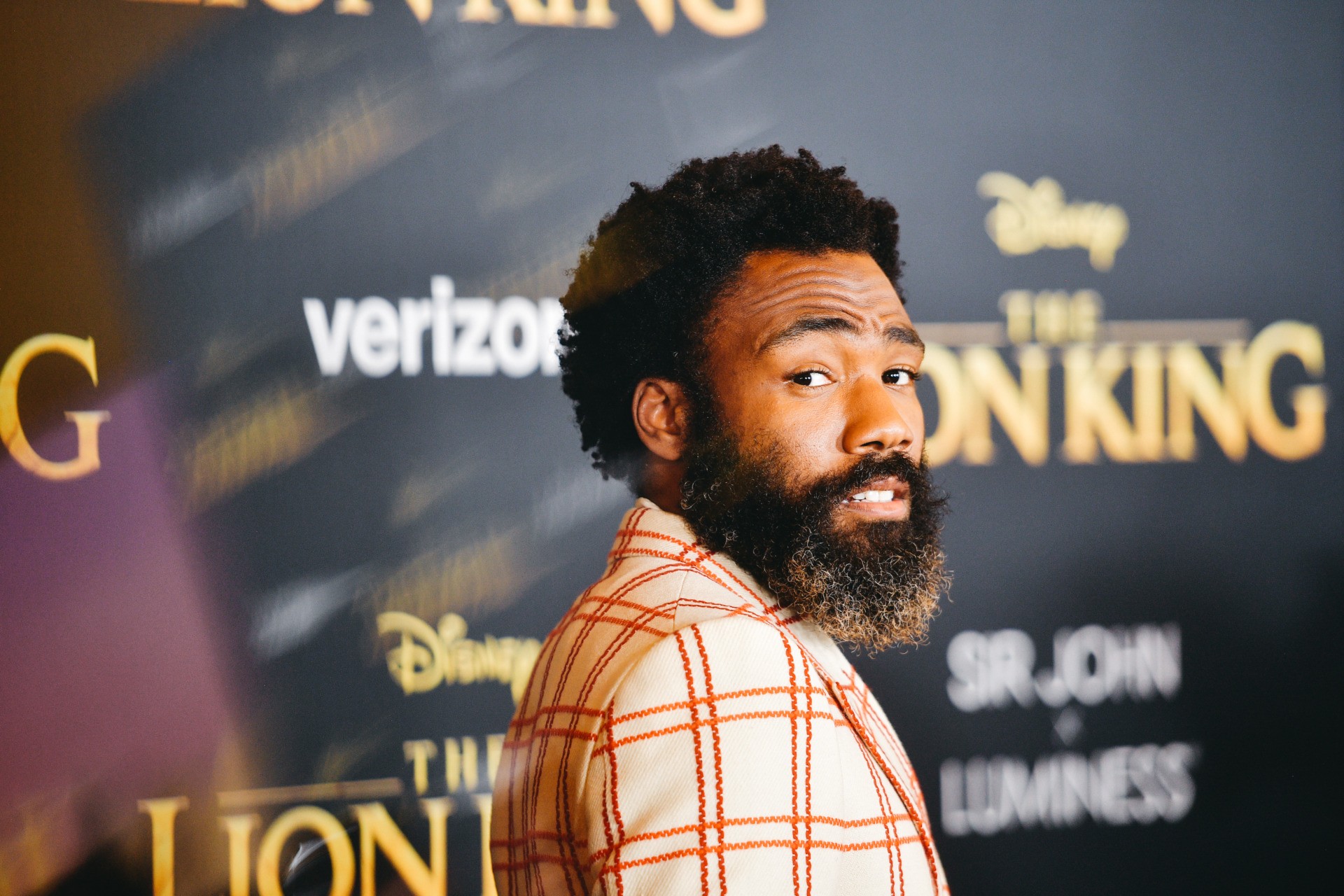 Donald Glover attends the premiere of Disney’s “The Lion King” at Dolby Theatre on July 09, 2019 in Hollywood, California. (Photo by Matt Winkelmeyer/Getty Images)

So, yeah, Donald Glover sounds frustrated, which isn’t surprising given that he’s both an actor and musician. Imagine trying to write an interesting television show under the unforgiving eye of the Woke Gestapo, or trying to write an interesting song? It’s impossible and the results are all over your TV. I’ve gotten to a point where I don’t even waste my time with new television shows because I know they’re all going to offer the same woke crap. The Sopranos, Breaking Bad, The Shield, Game of Thrones, The Wire… Those shows were all-timers because they never stopped surprising us, but those shows came in under the wire when television was still allowed to be unpredictable and complicated.

Can you imagine The Sopranos attempting to survive under today’s suffocating environment or the artistic compromises that would have been forced on its creators?

It’s good Donald Glover is speaking up. Hopefully more will join him, but I fear that like most moral panics, this one will take a generation to work itself out.

In the meantime, thank God we have DVD, we have access to decades of television and movies produced during a time when artists were still bold, unafraid, and above all, honest in their portrayals of the endlessly fascinating and complicated human condition.