Amid concerns that Lollapalooza would turn into a superspreader event, Chicago Mayor Lori Lightfoot (D) has defended the city’s decision to hold the annual music festival without a mask mandate while reiterating her demand for masks on all forms of public transportation.

At a press conference on Sunday, Lightfoot said 90 percent of Lollapalooza attendees had been vaccinated. She also noted that the event was outdoors and required proof of vaccination or a negative COVID-19 test.

“We spent a tremendous amount of time working with the ‘Lolla’ folks to make sure that we incentivize people to get vaccinated,” she said, according to CBS 2 Chicago.

Lollapalooza, which kicked off Thursday and ran through Sunday, was expected to draw more than 100,000 attendees. Video of one event that went viral showed an enormous crowd of fans packed together in what appeared to be Chicago’s Grant Park.

The Delta Covid Variant thanks the Lollapalooza very much. Holy shit. 😩pic.twitter.com/XOyHBVOHu1

Will @chicagosmayor Lightfoot be blamed for approving a #COVID19 super-spreader event this weekend — @lollapalooza , three days of music euphoria with a huge, mask-less crowd? pic.twitter.com/zLXUs77vFb

Multiple outlets reported Lightfoot herself was seen mingling maskless at a Lollapalooza event with celebrities.

"Everyone knows covid takes a vacation during Lollapalooza."https://t.co/xnIT8Z4IU0

Despite the festival’s vaccination requirement, some believe the event could still cause the coronavirus to spread due to overcrowded conditions on public transportation to and from the festival as well as lax on-site vaccine verification. 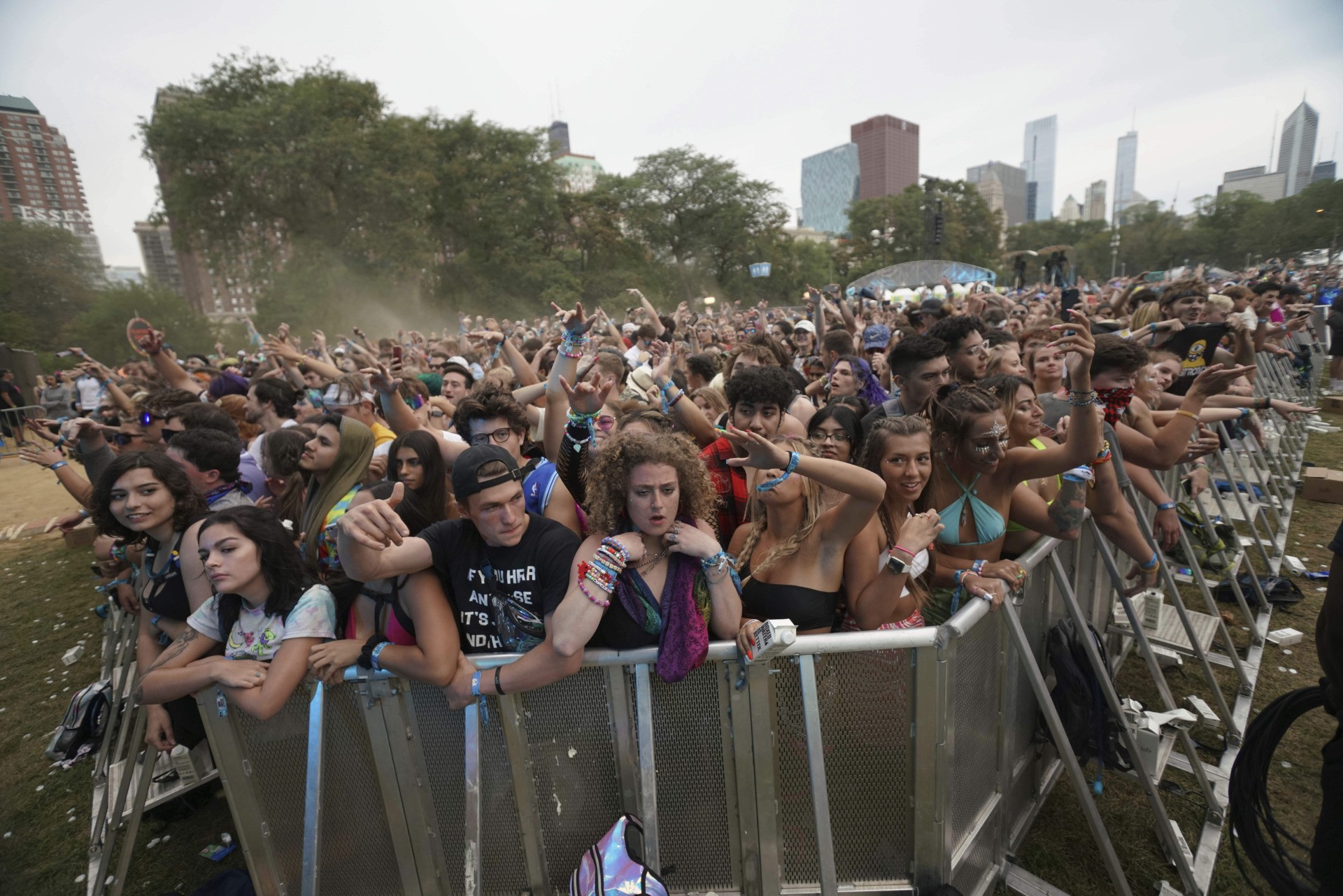 A general view of the crowd on day two of the Lollapalooza music festival on Friday, July 30, 2021, at Grant Park in Chicago. (Rob Grabowski/Invision/AP)

CBS 2 Chicago reported on Chicago Transit Authority trains that were packed with maskless festival-goers in direct violation of the city’s order.

“Do not get on public transportation in this city without a mask. Do not,” Lightfoot said, adding, “I hope that we don’t have to get to a point where we’re writing people tickets, but if we need to get the word out and to make sure that people are complaint, we absolutely will.”

Newsweek reported on a video appearing to show the slack checking of vaccination cards at the entry point to Lollapalooza, raising fears that the event may still turn into a superspreader.