A woman has sued NBC, Saturday Night Live, and comedian Horatio Sanz in New York over what she alleges is a pattern of sexual assault during the time when she was a teenager in the early 2000s.

Then-SNL comedian Jimmy Fallon, now of The Tonight Show, is mentioned in the lawsuit as a witness to the events, but is not named as a defendant in the lawsuit.

In the suit, the female plaintiff, who is referred to as “Jane Doe” throughout the complaint, claims that she was contacted by Sanz and Fallon after starting a fan website for the show.

She claims that Sanz was “flirtatious and physically affectionate” with her at SNL tapings, and that he invited her to an after-party when she was 16 and permitted her to consume alcohol. 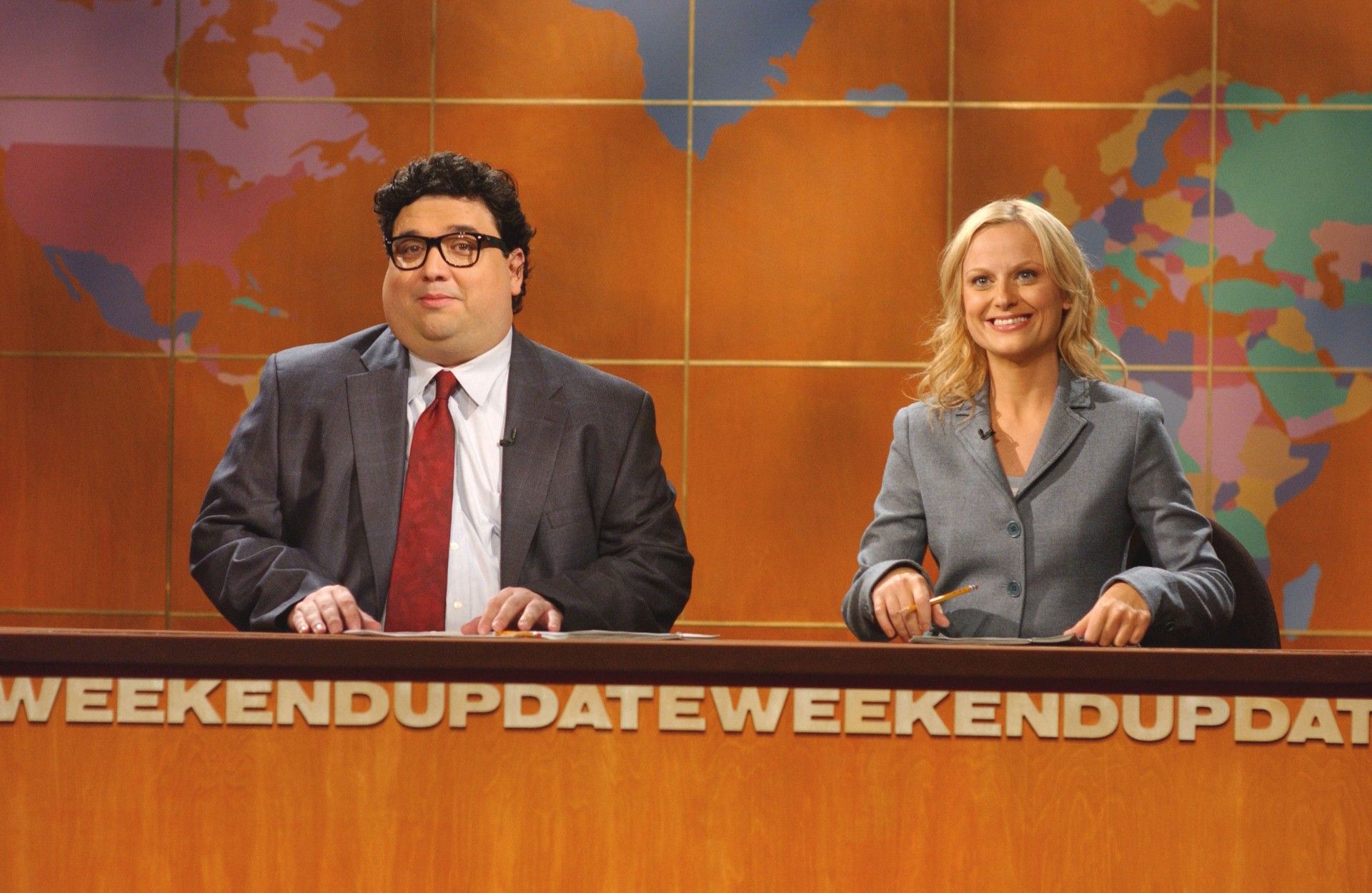 In this handout photo provided by NBC studios, Amy Poehler and Horatio Sanz perform during “Weekend Update” on “Saturday Night Live’s” season premiere at NBC studios October 1, 2005 in New York City. Sanz is filling in for Tina Fey, who is currently on maternity leave. (Dana Edelson/NBC via Getty Images)

As a result of NBC, SNL, and Sanz’s conduct, the plaintiff says, she experienced a “struggle with shame, depression, and self-harm” at college, and had to be hospitalized in 2005.

This individual’s claims about Horatio Sanz are categorically false. However often she repeats her ludicrous allegations or tries to rope in other high-profile names to generate media attention, they will always be false. … Before filing this lawsuit anonymously, she demanded $7.5 million in exchange for her silence. We, of course, refused and will vigorously contest these totally meritless claims.

People magazine also noted: “Jane Doe filed the lawsuit in New York just two days before the deadline to file a claim under the state’s Child Victims Act — a law passed in January 2019 which shortens the ‘lookback window’ of child sex abuse accusations before they are considered past the statute of limitations.”