Left-wing pop star Cher is facing backlash from her social media followers after saying she’s wondering “when Texas will start mandating Burqas,” in reaction to the state’s “heartbeat” pro-life abortion law, which bans most abortions after six weeks of pregnancy.

“Wondering When Texas Senate Will Start Mandating Burqa’s⁉️” Cher tweeted, trivializing the barbaric oppression women in Muslim majority nations face and comparing it to a law that sets out to protect the unborn. “IF Texas IS Going 2 Take Women’s Rights Away THEY SHOULD AT LEAST FURNISH STATE AUTHORIZED UNIFORMS. WONT [be] LONG, TILL Texas OFFERS ‘HANDMAID’S TALE’ JEWELRY ON LINE. [Be] 1st. ON UR BLOCK 2 GET NEW ‘SHUT MY MOUTH’ LIP RINGS.”

Not all of Cher’s followers, however, agreed with her sentiments, as they quickly took to the comment section of her tweet to suggest the singer was engaging in “Islamophobic rhetoric” by criticizing the Burqa.

Other followers promulgated the falsehood that women who wear burqas are “choosing” to do so, because they have “autonomy” over their lives. 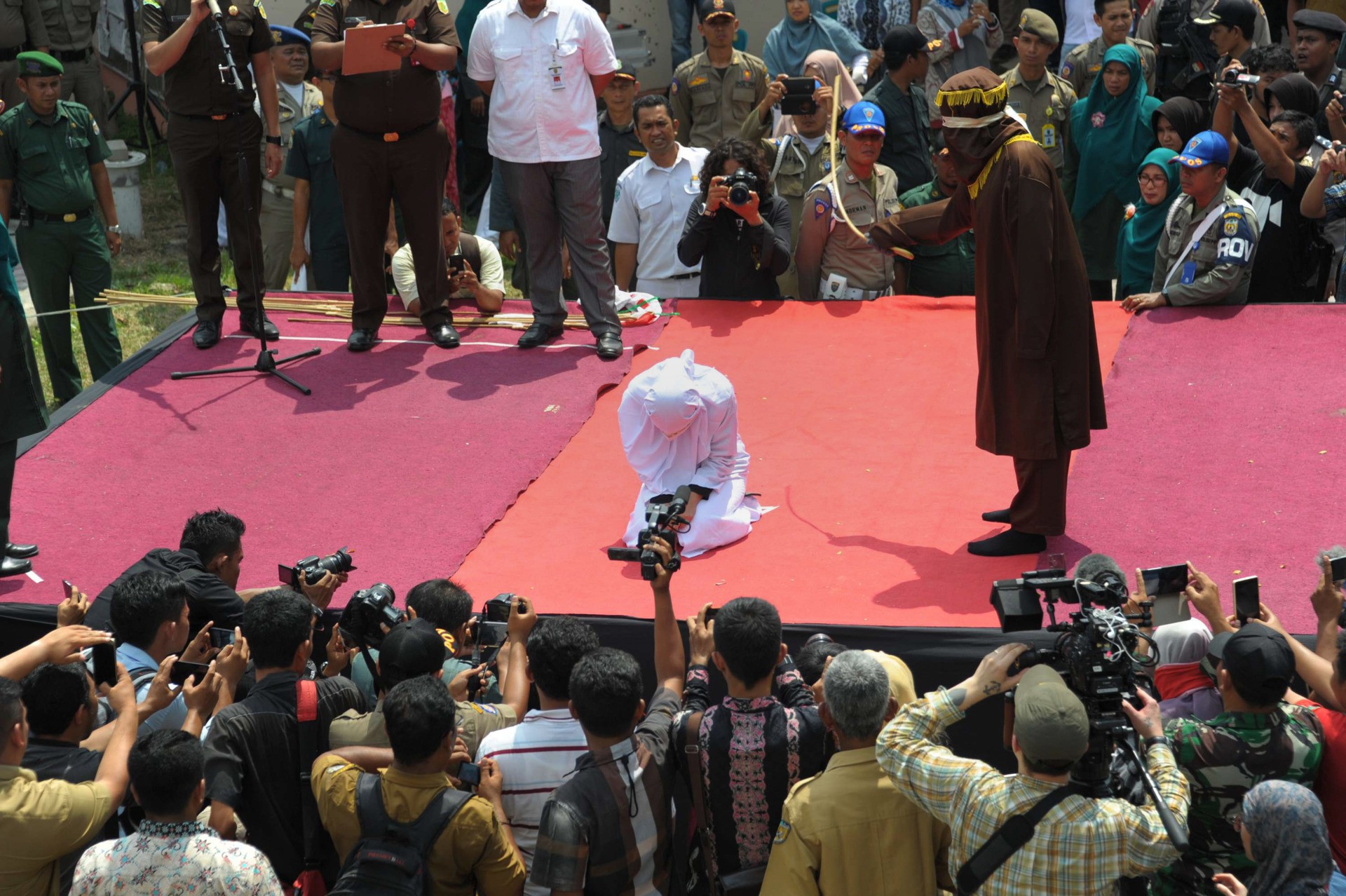 A sharia policeman (R) canes a woman (C-kneeling) for breaking Islamic law during a public punishment in Banda Aceh on March 1, 2016. The woman, who had been caught spending time with a young man in a room, was one of 18 people publicly caned on March 1 for breaking Islamic law in Indonesia’s Aceh province. (CHAIDEER MAHYUDDIN/AFP via Getty Images) 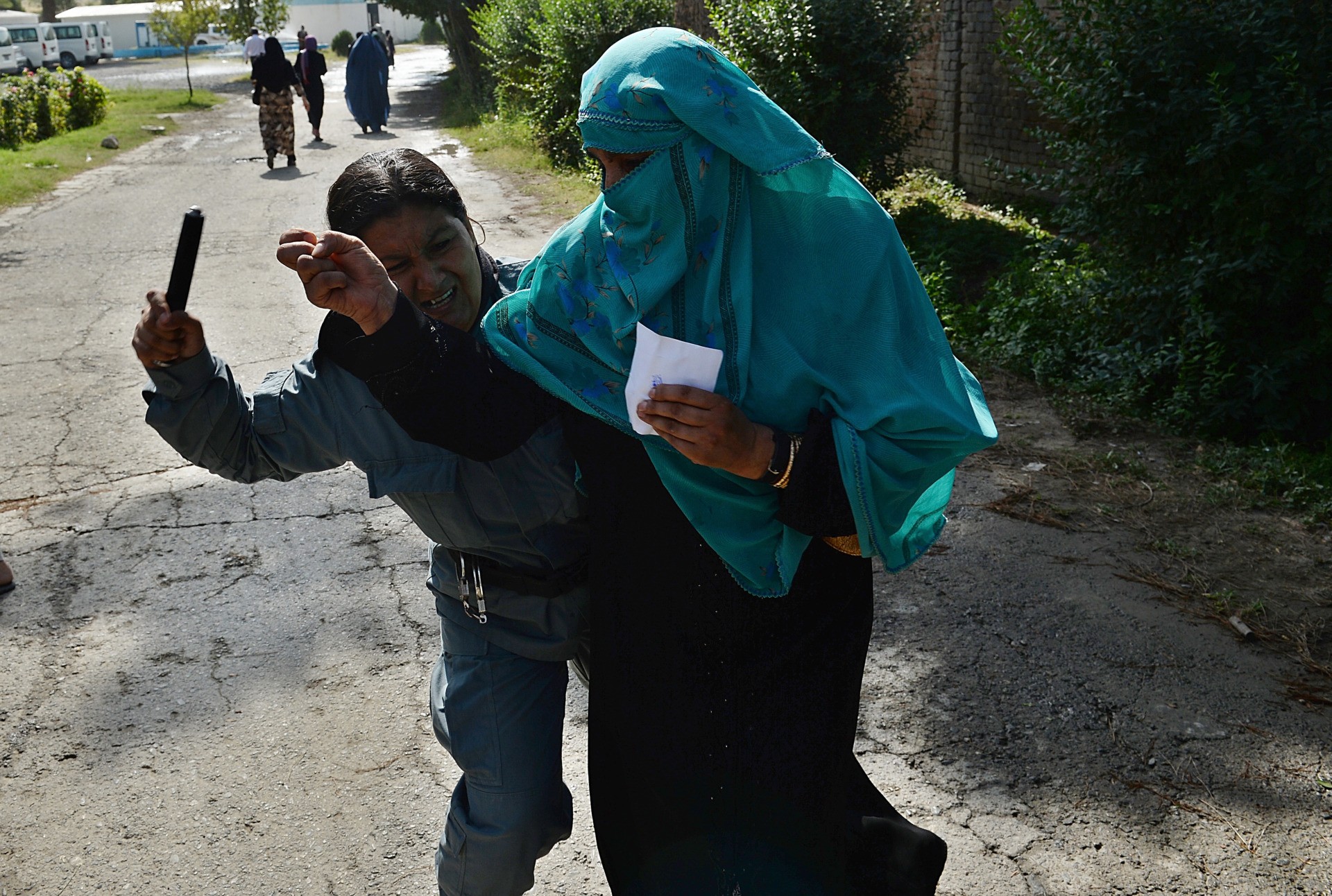 An Afghan policewoman beats a woman as she waits for a donation of food material during the month of Ramadan in Kabul on August 1, 2013. The Afghanistan’s Chamber of Commerce and Industries (ACCI) has distributed foodstuffs to some 2000 vulnerable families in respect to the holy month of Ramadan.Throughout the month, devout Muslims must abstain from food and drink from dawn until sunset when they break the fast with the Iftar meal. Traditionally, dates are known as the food the prophet Mohammad ate when he broke from his fast. (SHAH MARAI/AFP via Getty Images)

According to Muslim scholar Elham Manea, the burqa is a reflection of “a culture that treats woman as a sexualized object that has to be covered.” Manea has argued that it is naïve, and even racist, to regard the wearing of a burqa as a sincere act of faith. “The burka is not Islamic,” she told the Religion and Ethics Report.

“OK !! IM NOT ISLAMOPHOIC !! I WANT WOMEN 2 HAVE THE FREEDOM 2 CHOOSE !!” Cher responded to one critic, doubling down on her previous comments which likened the burqa to a law that protects a baby from being killed.

OK‼️IM NOT ISLAMOPHOIC‼️I WANT WOMEN 2 HAVE THE FREEDOM 2 CHOOSE‼️
THE RIGHT 2 SHOW THEIR HAIR OR NOT,BECAUSE
WOMEN AREN’T CHATTEL.
THEY HAVE RIGHTS,THEY ARE EQUAL 2 MEN.WHY ARE THE MEN FREE 2 CHOOSE WHAT THEY WEAR⁉️DONT TELL
ME IM SOMETHING IM NOT‼️ITS ABOUT “FREEDOM 2 CHOOSE”

Cher is not the only celebrity to freak out over Texas its abortion law, downplaying the oppression of women in Middle Eastern countries by comparing it to the life-saving law enacted in the Lone Star State.