Oscar-winning writer and The Piano director Jane Campion told press at the Venice Film Festival Thursday that the #MeToo movement was “like the Berlin Wall coming down or the end of Apartheid” for women when it exposed powerful and prominent abusers in Hollywood and media over the last several years.

Campion, the first women ever to win the Cannes Film Festival’s highest honor, the Palme d’Or, told media she sees a new world for female writers, directors, and actors after the recent focus on sexual discrimination began taking root in the film industry, according to the Hollywood Reporter. 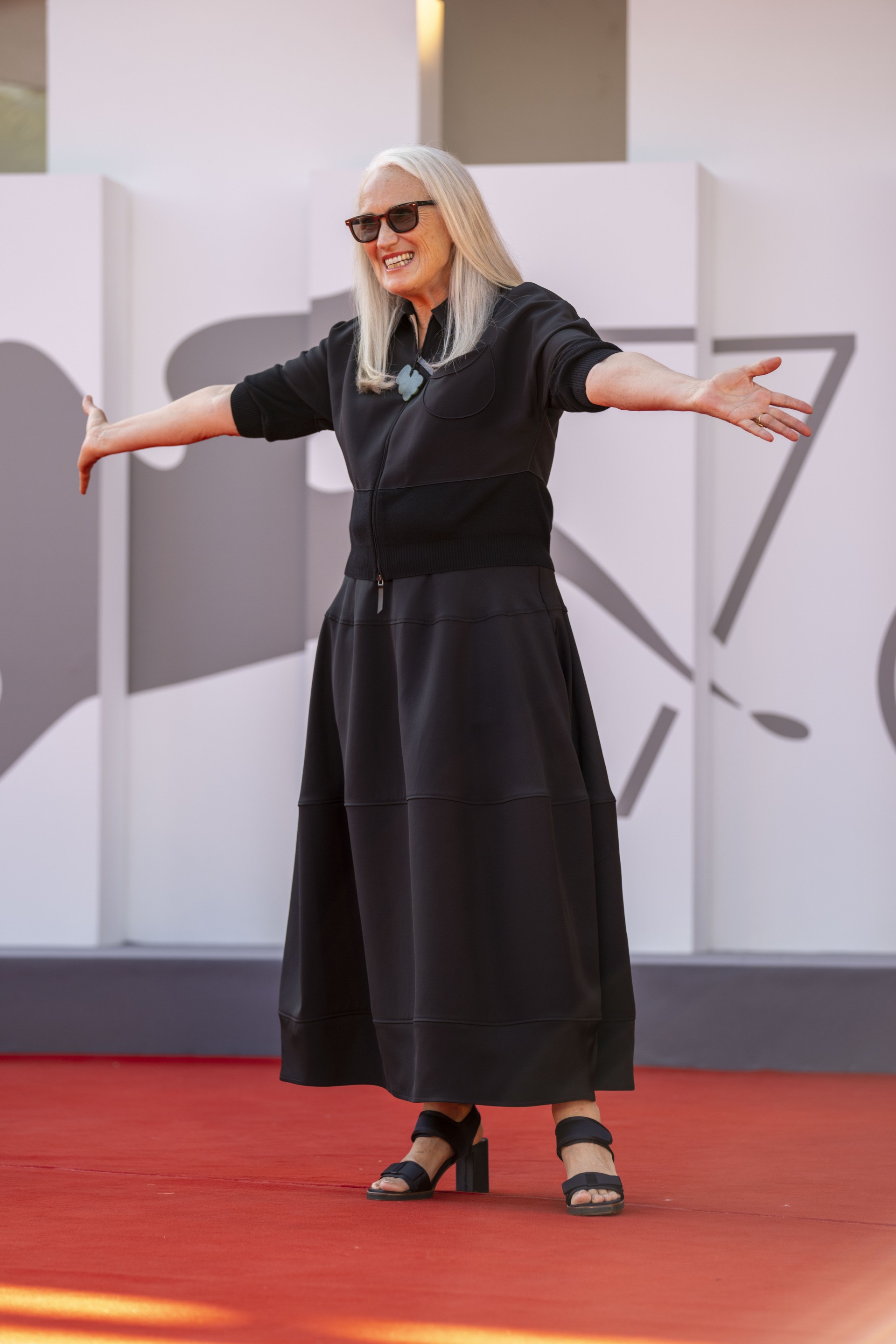 Director Jane Campion poses for photographers on the red carpet for her movie ‘The Power Of The Dog’ at the 78th edition of the Venice Film Festival in Venice, Italy, Thursday, Sep, 2, 2021. (AP Photo/Domenico Stinellis) 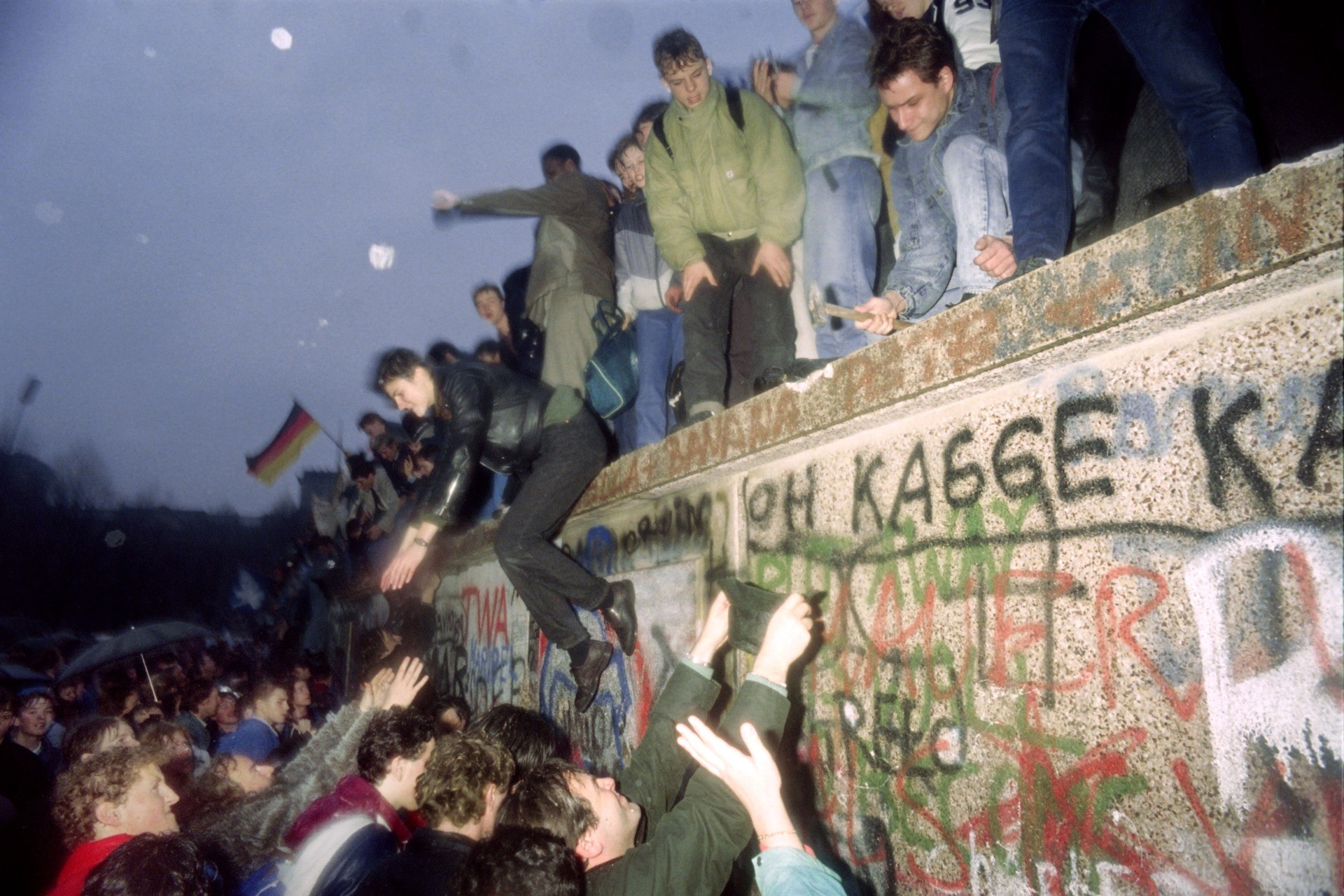 People from East Germany greet citizens of West Germany at the Brandenburg Gate in Berlin on December 22, 1989. On November 09, Gunter Schabowski, the East Berlin Communist party boss, declared that starting from midnight, East Germans would be free to leave the country, without permission, at any point along the border, including the crossing-points through the Wall in Berlin. The Berlin concrete wall was built by the East German government in August 1961 to seal off East Berlin from the part of the city occupied by the three main Western powers to prevent mass illegal immigration to the West. According to the “August 13 Association” which specialises in the history of the Berlin Wall, at least 938 people – 255 in Berlin alone – died, shot by East German border guards, attempting to flee to West Berlin or West Germany. (PATRICK HERTZOG/AFP via Getty Images)

During a presser for her upcoming film, The Power of the Dog, the native New Zealand native noted that women are really beginning to do well in La La Land. Campion cited directors Chloe Zhao and this year’s Cannes winner Julia Ducournau as examples. But she added, “I still know the statistics are not in favor” of women.

“All I can say is that, since the MeToo movement happened, I feel a change in the weather,” Campion exclaimed. “It’s like the Berlin Wall coming down or the end of Apartheid for us women.”

“I think once you give them a chance, there’s not going to be much stopping them. I know the statistics still aren’t in women’s favor. It’s a great loss for everyone that there aren’t feminine voices describing our world and who we are. We come to believe we are a patriarchy when that isn’t the case. Women do think differently and that’s what beautiful and interesting. We see that [gender balance] more in TV where women directors are doing very well. Since the #MeToo movement, I feel a change in the weather. For women, it has been like the fall of the Berlin Wall or the end of Apartheid. Women are emboldened and are supported by each other and by men as well.”

Campion’s new film explores the topic of “toxic masculinity” and repressed homosexuality. Taken from the 1967 novel by Thomas Savage, it features the story of a violent man (Benedict Cumberbatch) who rules his Montana homestead with an iron fist, and is often brutally abusive toward his brother’s (Jesse Plemons) new wife (Kirsten Dunst), and her meek son (Kodi Smit-McPhee).

Still, Campion claimed that she did not choose the story because it attacked men. “I don’t calculate in terms of gender. I read this book and thought it was an amazing piece of literature,” she insisted. “This is a very deep piece that works on the psyche.”

The Power of the Dog is set to be released on Nov. 17.