Actor Seth Rogen used his role as a presenter at the 73rd annual Emmy Awards on Sunday to call out the show for throwing caution to the wind in the middle of a pandemic, saying they have crammed “way too many of us” in a small “hermetically sealed” space.

Seth Rogen helped kick off the show in a tone that seemed to be only half-joking.

“Good to be here at the Emmy Awards,” Rogen said. “Let me start by saying: there’s way too many of us in this little room. What are we doing? They said this was outdoors — it’s not! They lied to us.”

“We’re in a hermetically-sealed tent right now. I would not have come to this,” he added. “Why is there a roof?. It’s more important that we have three chandeliers than that we make sure we don’t kill Eugene Levy tonight.”

He added: “This is insane. I went from wiping my groceries to having Paul Bettany sneeze in my face.” 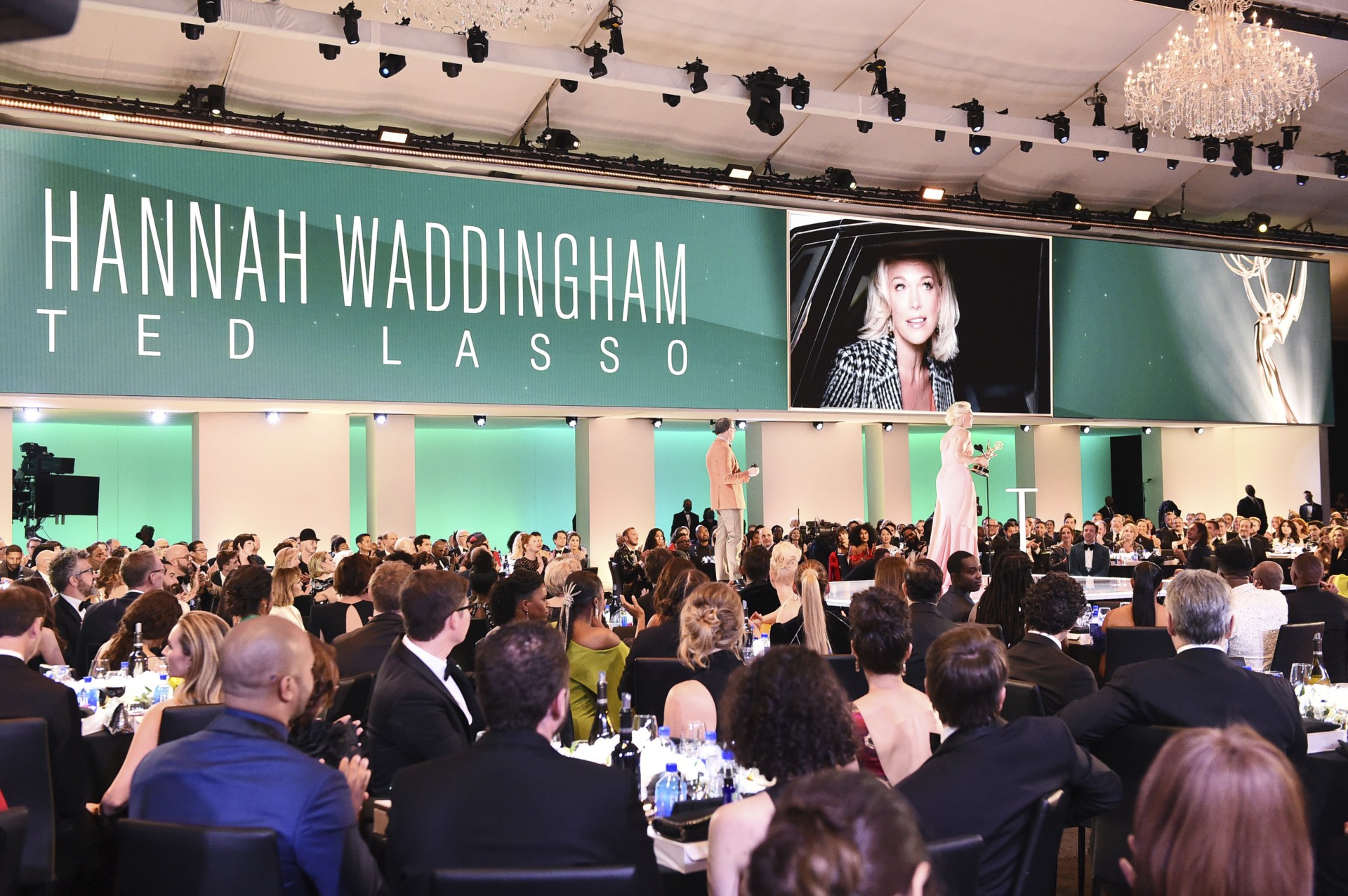 Hannah Waddingham accepts the award for outstanding supporting actress in a comedy series for “Ted Lasso” at the 73rd Emmy Awards on Sunday, Sept. 19, 2021 at the Microsoft Theater in Los Angeles. (Jordan Strauss/Invision for the Television Academy/AP Images)

The Emmys ceremony featured maskless celebrities packed together at circular dining tables in what organizers described as an “air conditioned tent.” On the CBS broadcast, the venue, located at the L.A. Live complex in downtown Los Angeles, appeared to be fully enclosed.

As Breitbart New reported, Emmy organizers mandated all attendees to test negative for COVID-19 and prove they have been vaccinated.

In what appeared to be an attempt at damage control, Emmy host Cedric the Entertainer followed up by reassuring viewers at home that “you had to get vaxxed to come here.” Emmys DJ Reggie Watts added that the show was following all health and safety guidelines.