Oscar-winning actor Denzel Washington told a crowd at a Christian men’s conference on Saturday to pray daily, “listen to God,” and remember that “strength and leadership” are “God’s gift to us.”

“At 66, getting ready to be 67, having just buried my mother, I made a promise to her and to God, not just to do good the right way, but to honor my mother and my father by the way I live my life, the rest of my days on this Earth. I’m here to serve, to help, to provide,” Washington said at “The Better Man Event” hosted by First Baptist Orlando in Florida, according to a report by the Christian Post.

During the nearly 30-minute discussion, Washington told his spiritual mentor, Pastor A.R. Bernard — the senior pastor of the Christian Cultural Center in Brooklyn, New York — what God has been telling him every time he prays.

“In every prayer, all I hear is: ‘Feed my sheep.’ That’s what God wants me to do,” the Glory actor said.

The Training Day and The Equalizer star went on to say that he often responds to God, asking, “What’s that mean?” but added, “What I found out in the last couple of years is there are all kinds of sheep. So that’s why I talk to experienced shepherds to help guide me.”

“The world has changed,” Washington said. “What is our role as a man? The John Wayne formula is not quite a fit right now. But strength, leadership, power, authority, guidance, patience are God’s gift to us as men. We have to cherish that, not abuse it.”

It [the Bible] says in the last days we’ll become lovers of ourselves. The number one photograph now is a selfie. So we all want to lead. We’re willing to do anything — ladies and young men — to be influential. Fame is a monster and we all have these ladders and battles, roads we have to walk in our given lives. Be you famous or whoever’s out there listening, we all have our individual challenges. It’s cliché [but] money, don’t make it better. It doesn’t. Fame just magnifies the problems and the opportunities. 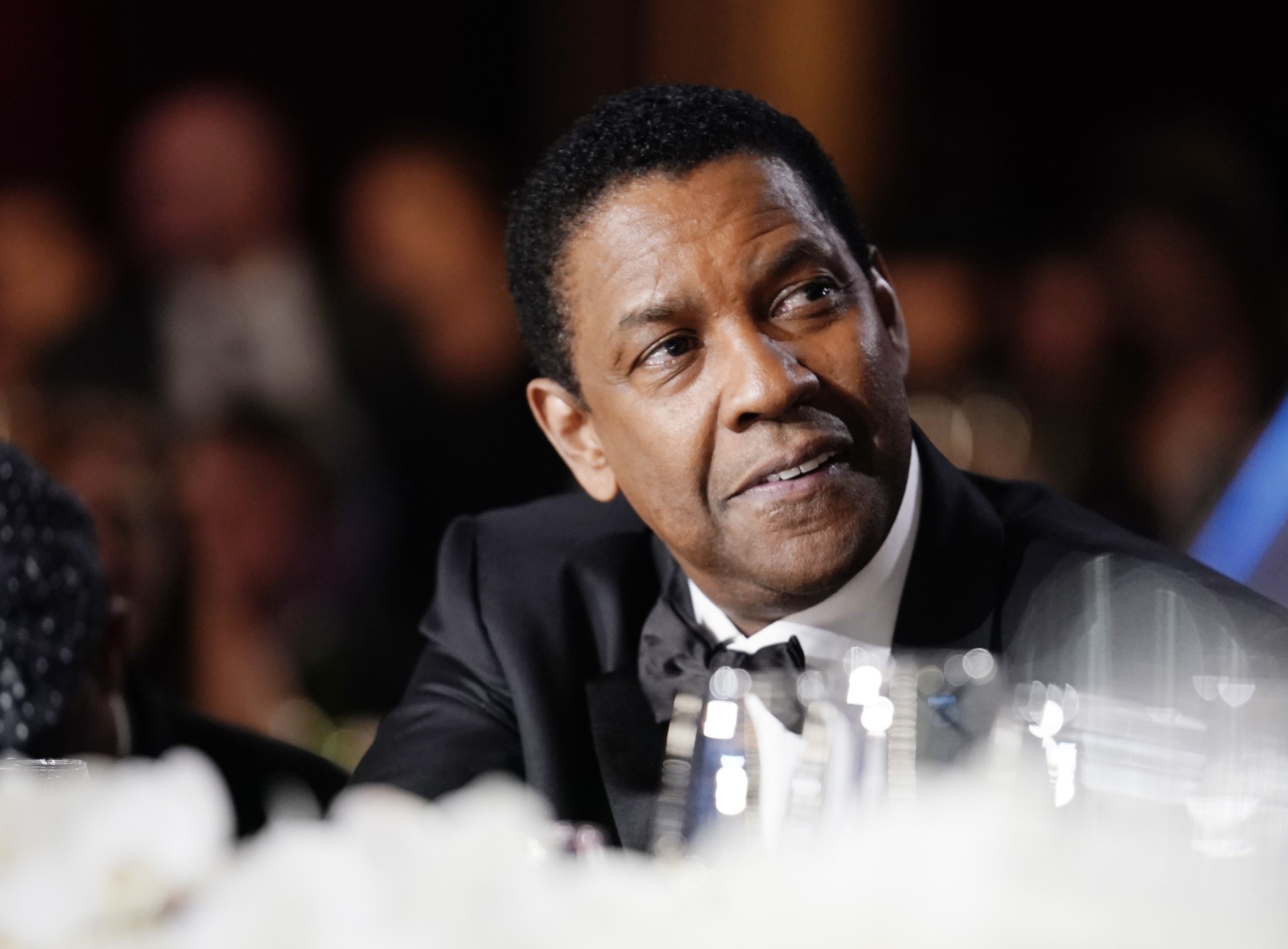 “Stay on your knees. Watch me, but listen to God,” he said. “I hope that the words in my mouth and the meditation of my heart are pleasing in God’s sight, but I’m human. I’m just like you.”

“What I have will not keep me on this Earth for one more day,” the Training Day actor added. “Share what you know, inspire who you can, seek advice. If you want to talk to one someone, talk to the one that can do something about it. Constantly develop those habits.”

In 2017, the Remember the Titans star said his role as a defense attorney in Roman J. Israel, Esq. reinforced his belief that black men “can’t blame the system” because we make it “easy work” when it comes to filling America’s prisons, and suggested fatherlessness was part of the problem.

“So you know I can’t blame the system. It’s unfortunate that we make such easy work for them,” he continued. “I grew up with guys who did decades (in prison), and it had as much to do with their fathers not being in their lives as it did to do with any system.”

Earlier this year, Washington made his support for America’s police and soldiers clear by calling out people who “put down” America’s law enforcement and military.

“I have the utmost respect for what they do, for what our soldiers do, [people] that sacrifice their lives,” he said. “I just don’t care for people who put those kind of people down. If it weren’t for them, we would not have the freedom to complain about what they do.”

Washington has been giving faith-filled speeches for years, now. He brought a commencement audience to their feet a few years ago in a rousing speech in which he challenged the crowd to “put God first!”