National Geographic’s Fauci documentary, which is now streaming on Disney+, plays defense for China in a sequence in which the filmmakers compare those who blame Beijing for the spread of the coronavirus to the people who blamed gays for AIDS during the 80s and 90s.

Fauci examines the career of Dr. Anthony Fauci through the double lens of coronavirus and AIDS, comparing how he handled both crises and the accompanying political blowback.

In one sequence around the 45-minute mark, the filmmakers juxtapose archival footage of people who blamed gays for the AIDS pandemic with more recent footage of then-President Donald Trump and his supporters blaming China for the spread of the coronavirus.

“We had the greatest year and then we got hit by the China plague,” Trump said in one clip. Another clip shows Trump’s trade and manufacturing adviser Peter Navarro going on the attack. “China has put 40 million Americans out of work, and killed 100,000 Americans,” he told Fox News’ Sunday Morning Futures.

The documentary also includes footage of Trump supporters protesting in the streets, with one sign reading, “This is war, USA vs China.”

China downplayed the severity of the coronavirus for months after the outbreak within its borders. As Breitbart News reported, U.S. intelligence officials determined China’s Communist leaders under-reported both total cases and fatalities linked to the disease.

The CCP also jailed whistleblowers and critics in a move that facilitated the disease’s spread around the world.

The Walt Disney Co., which owns National Geographic, has grown close to China’s authoritarian Communist rulers and has remained silent on the country’s human rights atrocities. 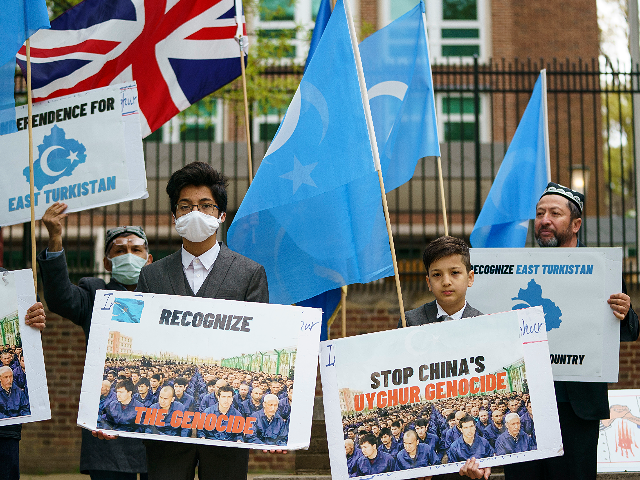 The company has sunk hundreds of millions of dollars into its Shanghai theme park, which opened in 2016. The studio also relies heavily on the Chinese moviegoing market to boost the bottom lines of its Marvel superhero movies.

Disney chairman Bob Iger forbade journalists at Disney’s ESPN from discussing the pro-democracy movement in Hong Kong in 2019. When asked about China during a CNBC interview the same year, he would only say it was important for Disney to be “culturally correct” when dealing with Beijing.