Fall tentpole film Eternals, the Disney-owned Marvel Studios’ latest superhero epic, is struggling to find an audience and is clocking in as one of the worst-rated and lowest-attended Marvel films at theaters.

It appears that the film will struggle to earn $70 million over its opening weekend, as it has earned historically low marks from both critics and audiences alike. Viewers polled by CinemaScore gave the film a “B,” the lowest of any Marvel Studios film to date. And the film’s current rating at Rotten Tomatoes sits at a “rotten” 48% — the lowest for any Marvel Cinematic Universe (MCU) film, according to The Hollywood Reporter.

We were at theaters tonight to poll @TheEternals and movie-goers gave it a B grade. Are you going to catch the latest #Marvel movie? #CinemaScore pic.twitter.com/oyTOVJYyDo

Marvel hoped to make Eternals the tentpole of its new phase four universe of films. The plot of the film spans thousands of years as a team of superheroes are deposited on earth on antiquity to safeguard humanity and are brought back together thousands of years later to face a world-ending threat in modern times.

Whereas most other Marvel films earn more than $70 million in their first two days, Eternals seems poised to miss that mark in its for four. This total is a far cry from Marvel’s recent film, Shang-Chi and the Legend of the Ten Rings, which debuted to a $94.7 million opening — even with so-so reviews. Even Black Widow, for all its troubles debuting both online and at theaters on the same weekend, earned $80.4 million on its debut weekend, according to The Hollywood Reporter.

However, a gay kissing scene may have put a hitch in the movie’s debut in a list of Middle Eastern countries after regional film distributor Vox Cinemas left Eternals off its list of movies to debut this fall in countries including Saudi Arabia, Qatar, and Kuwait. 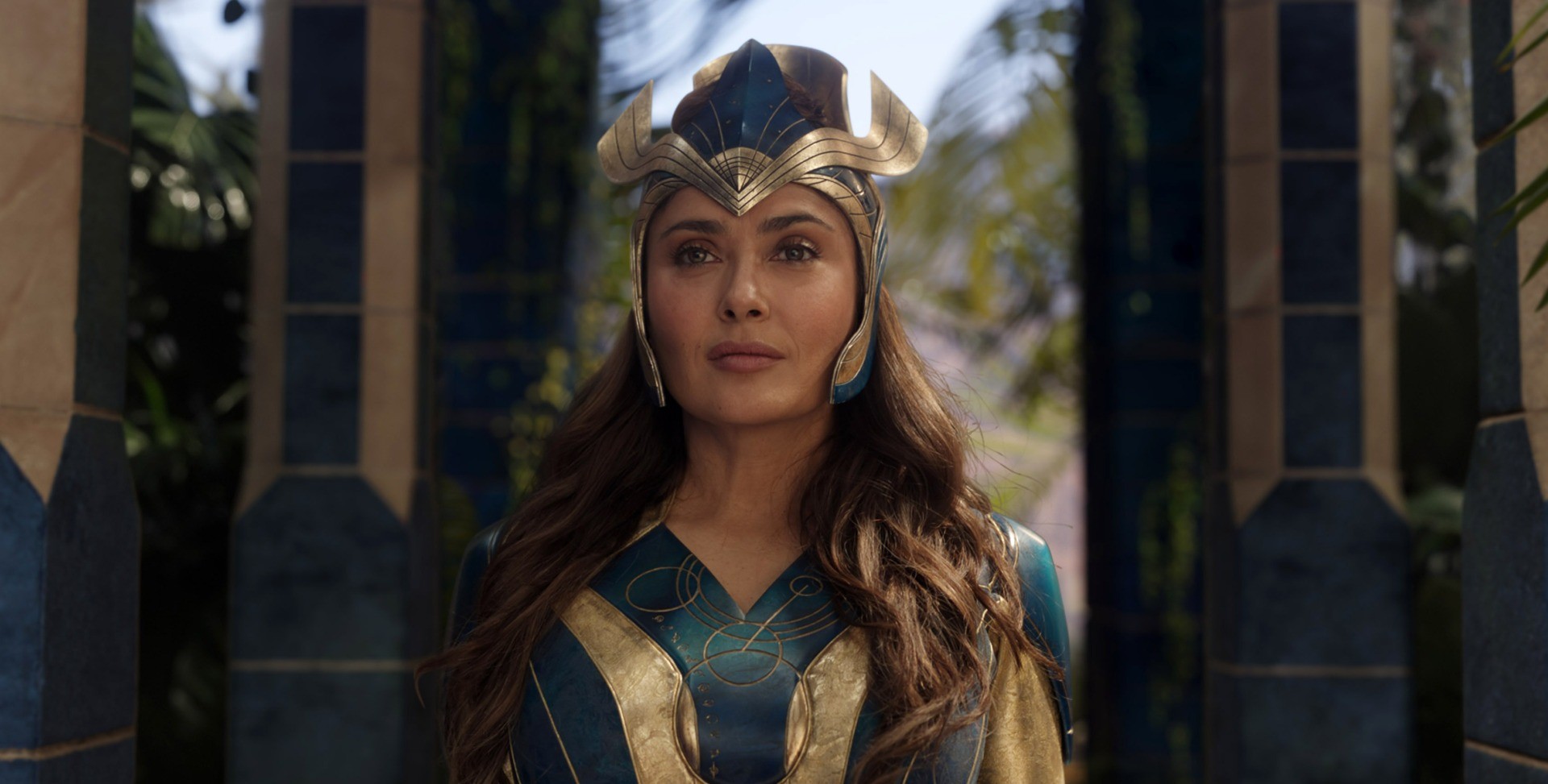 Still, the film is as much a swing for the fences as the original series upon which it is based. In the 1970s, when creator Jack Kirby dreamed up “The Eternals” saga, many Marvel fans were puzzled by the fact that the heroes stood mostly outside the Marvel universe of superheroes. The series was Kirby’s attempt to invent a new mythos about how life on earth began — being seeded by a mysterious alien race — and he wasn’t much interested in bringing in Marvel’s other characters into his story.

Director Chloé Zhao honed in on this feeling of separating her movie heroes from the rest of the Marvel universe, but she also wen all in on woke characters and subplots. The result may be somewhat off-putting to some Marvel fans and rank-and-file moviegoers.

Whatever the case, Eternals is struggling to reach the level of box office earnings that have become de rigueur for Marvel films.