NEW YORK (AP) — The Rev. Craig Duke has been a Methodist minister for three decades, building a reputation as a staunch advocate of LGBTQ inclusion. His pastoral duties have now been terminated — the result of a bitter rift surfacing in his Indiana church after he sought to demonstrate solidarity by appearing in drag alongside prominent drag queens in the HBO reality series “We’re Here.”

Duke, 62, said he thought most of his 400-member congregation at Newburgh United Methodist Church shared his inclusive views, and he was taken aback when a prominent congregation member, soon backed by other churchgoers, circulated emails attacking him.

“You have thrown NUMC under the bus to elevate a minority of individuals,” said one of the emails. Another, according to Duke, said Satan must be pleased with the discord over LGBTQ rights.

Duke, who declined to identify his chief critics, told The Associated Press that the attacks “felt very personal,” causing him to worry about his mental health.

“It was a matter of sadness and disappointment and heartbreak on my part … realizing I was losing the ability to lead,” he said. 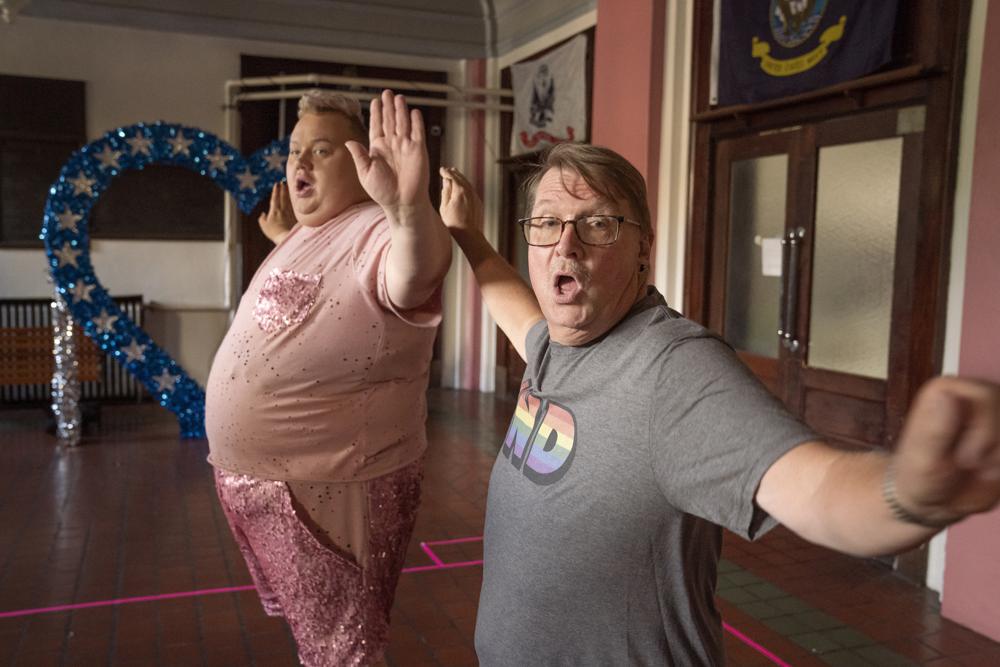 This image released by HBO shows Eureka O’Hara, left, and Pastor Craig Duke, of Newburgh, Ind., in a scene from the HBO series “We’re Here.” (Jakes Giles Netter/HBO via AP)

Under United Methodist Church protocol, a pastor does not have the option of resigning, but Duke said he made clear to his immediate superior, regional superintendent Mitch Gieselman, that he needed to step away.

On Nov. 26, Gieselman — who had been hearing from the pastor’s critics and supporters — sent a letter to the NUMC congregation announcing that Duke “is being relieved of his pastoral duties.”

Through the next three months, Duke said he and his wife will be allowed to continue living in the NUMC parsonage, while he incurs a 40% pay cut. They must relocate no later than Feb. 28, when his pay will be halted, Gieselman said.

While Gieselman noted in his letter than Duke’s actions had “polarized” the congregation, he said none of those actions constituted formal violations of UMC’s Book of Discipline, which functions as a legal code for Methodist clergy.

“I was bullied out,” Duke said. 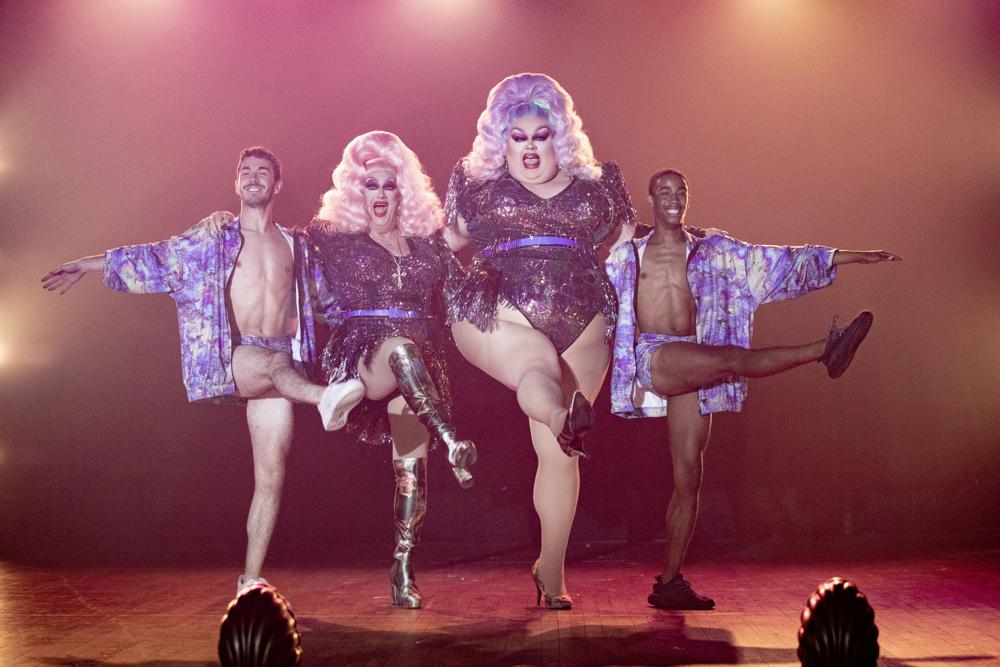 The episode of “We’re Here” featuring Duke — at one point shown in a dress, high-heeled boots, a pink wig and heavy make-up — was taped in July but did not air until Nov. 8.

Duke was invited to participate in the show by an LGBTQ Pride group in nearby Evansville and accepted in part to show support for his 23-year-old daughter, Tiffany, who identifies as pansexual.

The premise of “We’re Here,” an Emmy-nominated series now in its second season, is that three renowned drag performers travel to towns and small cities across the U.S., recruiting a few locals to join them as drag queens.

Even before the episode was broadcast, some congregation members complained that Duke hadn’t given them advance notice of his decision to be in the show, which included scenes filmed at the church. In response, Duke wrote to the congregation in August, saying he was sorry that trust in his leadership had been damaged.

But he defended his motives, saying, “I was willing and excited to share God’s love with the LGBTQ community on a national level.”

Any hope that conflict would subside vanished in mid-November when the emails attacking him began to circulate.

The rift within Duke’s congregation reflects broader divisions within the United Methodist Church, the largest mainline Protestant denomination in the United States.

Conservative leaders in the UMC have unveiled plans to form a new denomination, the Global Methodist Church, with a doctrine that does not recognize same-sex marriage. The move could hasten the long-expected breakup of the UMC over differing approaches to LGBTQ inclusion, including whether LGBTQ people should be ordained as clergy.

Due to the coronavirus pandemic, the UMC’s General Conference — at which the schism would be debated — has been postponed for two consecutive years and is now scheduled for August 2022 in Minneapolis.

According to Duke, one of the reasons he was invited to appear on “We’re Here” was because of the divisions in both his own church and the UMC.

“My only hope and goal was and is to bring the message of God’s unconditional love to a community that has been greatly marginalized,” Duke wrote to his congregation.

The decision to terminate Duke’s duties already has had ripple effects. His wife, Linda, who was pastor of youth ministry, resigned. So did church administrative assistant Erin Sexton, who along with her husband, Chris, organized a GoFundMe campaign to help the Dukes.

As of Wednesday morning, more than $52,000 had been pledged by more than 900 people, scores of whom added comments thanking Duke for his LGBTQ advocacy.

Chris Sexton said he had been a member of Newburgh United Methodist since childhood and described Duke as “one of the most captivating and genuine” of the many pastors who served over the years. But the Sextons said many congregants shied away from the conflict over “We’re Here,” allowing Duke’s critics to dominate the debate.

Duke is unsure what his next step will be, though he doesn’t plan to return to pastoring. One possibility, he said, would be for him and his wife to establish “an inclusive camp” for youths and young adults.

“My heart is moving in a new direction,” he said. “There are so many people who have been hurt by religion, felt rejection, who are reaching out, who are hopeful this will spark me to do something different on their behalf.”