Grammy-winning rapper T-Pain reacted to the attempts to blacklist podcast Joe Rogan over his past comments, saying that if Spotify cancels Rogan, then the company will have to silence a lot of rap lyrics, which include “killing each other and all that shit.”

“They can’t just censor Joe Rogan and be like, ‘Well that’s good, now let me get back to my motherfucking killing album.’ You know what I’m saying? If they’re gonna take it off, you gotta take all of it off,” he said. “But they don’t want that. Nobody wants that,” the rapper added. “They just want what’s making them uncomfortable right now [taken off]. You gotta keep that same energy with everything, not just the shit that’s making you uncomfortable right now.” 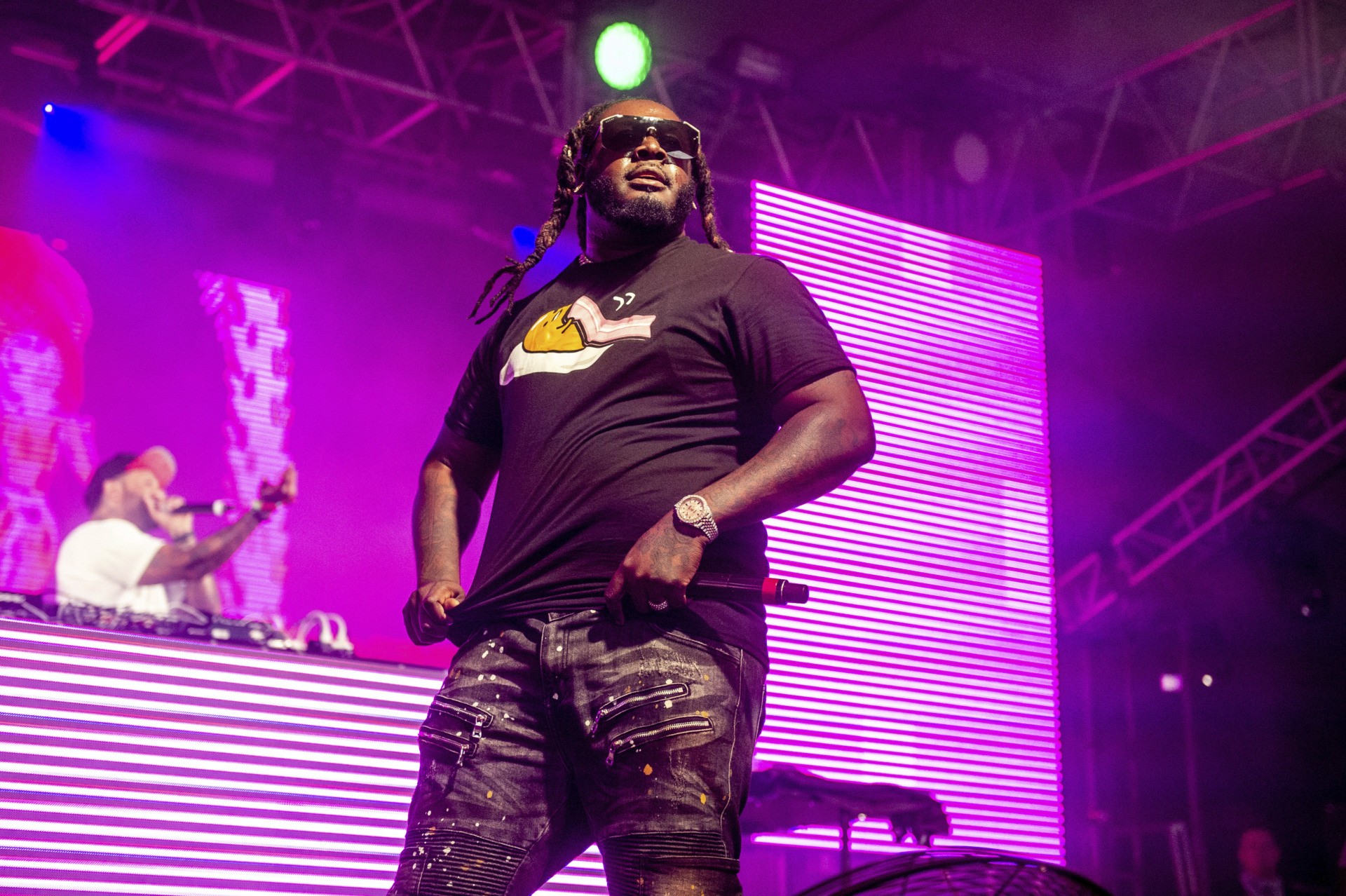 T-Pain went on to point out that everything Rogan is under fire for now has been public knowledge for years, and claimed that it’s only being resurfaced now because the podcaster is making $100 million from his contract with Spotify.

“Let’s keep in mind, he’s been saying all of this before he got $100 million,” he said. “Everybody knew that that shit was happening. It wasn’t like he was a small podcaster before all this shit. All that shit was public knowledge.”

“There should be punishment for saying things, but we should have kept that same energy a long time ago,” the rapper added. “Everybody needs to keep that same energy all the fucking time, and not just when somebody gets a bunch of money.”

Others, however, might argue that clips of Rogan saying the N-word have only resurfaced because recent attempts to cancel the podcaster for hosting guests with different opinions on coronavirus-related issues didn’t work.

Rogan has been heavily under attack ever since hosting two guests — Dr. Peter McCullough and Dr. Robert Malone — on his podcast, who “have an opinion that’s different from the mainstream narrative” regarding coronavirus-related issues, the podcaster explained.

Spotify says it will pull left-wing rocker Neil Young’s music from its platform. The move comes just days after Young demanded that Spotify either remove his music or blacklist Joe Rogan and his popular podcast. https://t.co/PkvmhVKkWm

In reaction to this, left-wing rocker Neil Young demanded that the streaming giant remove his music from the platform if it refuses to blacklist Rogan’s podcast.

But when Young’s ultimatum failed, and Spotify announced it would pull his music from the platform, the rocker urged other musicians to join him in removing their music as well.

From there, Young was able to get a small cohort of aging rockers to join him in his anti-Spotify crusade, with musicians David Crosby, Stephen Stills, Graham Nash, Nils Lofgren, and Joni Mitchell making similar announcements shortly after.

On Friday, Rogan responded to the controversy, saying that the video was derived from 12 years of conversations he had on his podcast, and clipped together to be “taken out of context,” adding, “it looks fucking horrible, even to me.”

“I haven’t said it in years, but for a long time, when I would bring that word up — like if it were to come up in a conversation — instead of saying ‘the N-word,’ I would just say the word,” he explained. “I thought as long as it was in context, people would understand what I was doing.”

“It’s not my word to use. I’m well aware of that now, but for years I used it in that manner,” Rogan added. “I never used it to be racist, because I’m not racist — but whenever you’re in a situation where you have to say, ‘I’m not racist,’ you fucked up. And I clearly have fucked up.”