In this particular movie metaverse, all the other sequels/remakes/prequels/requels have been wiped out — all seven of them. So it now works like this…

In the original, a Scooby-Doo van carries five teenagers into rural Texas. These are five nice kids who enjoy sex and pot and arrive with good intentions. They’re here to ensure grandpa’s final resting place has not been desecrated by a recent series of grave robbings. One of those five barely survives: Sally Hardesty (the late Marilyn Burns).

Forty-eight years later, an electric Tesla carries four Millennials into rural Texas. These are four insufferable Woketards who enjoy shaming the locals about their guns, gas-powered pickups, and Rebel Flags. They’re here from Blue America to conquer, to gentrify this peaceful area into a Woke Utopia that will bring thousands more just like them.

These four are not just Woketards; they’re Celebrity Woketards and online influencers. Melody (Sarah Yarkin) hails from San Francisco and drags along her kid sister Lila (Elsie Fisher), who’s still suffering through the trauma of a school shooting. Then there’s Dante (Jacob Latimore), a celebrity chef, and his girlfriend Ruth (Nell Hudson). They’re here from Austin. 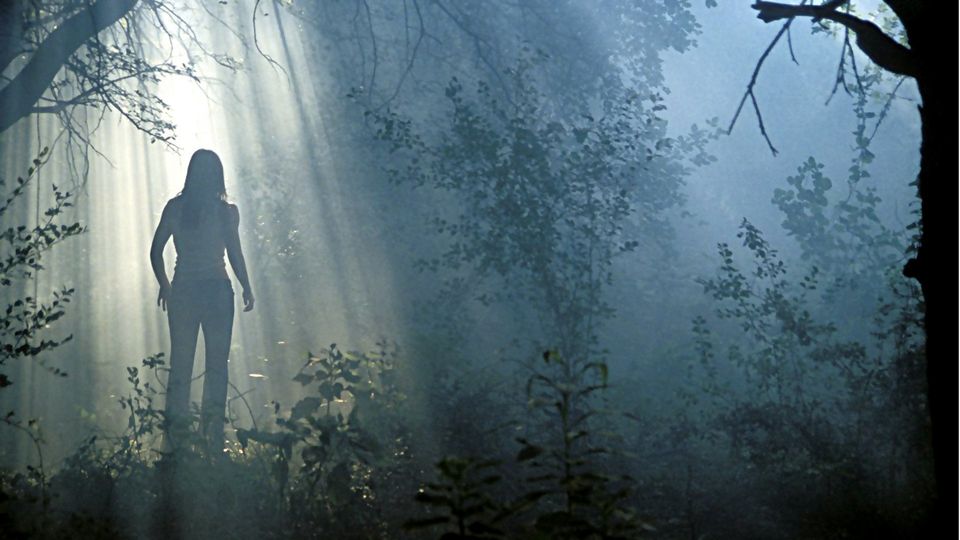 The original portrayed its protagonists as fish out of water, but decent and innocent fish who, through no fault of their own, end up ravaged by a family of cannibals, including Leatherface (the great Gunnar Hansen), a lineman-shaped brute with a thing for chainsaws.

For whatever glorious reason, the filmmakers behind the sequel initially show nothing but contempt for their protagonists. These four are not only condescending, insufferable, and intolerant towards rural folk, after their bigotry and arrogance results in the death of a local, a long-dormant Leatherface (Mark Burnham) reactivates.

This approach works like gangbusters. We’ve suffered through, what, seven years of one-dimensional, morally pure, achingly dull left-wing characters? Well, here, that self-righteous belief in their own moral purity brings about their doom. Better still, these are not one-dimensional characters. The threat of Leatherface humbles them, reveals their humanity, awakens them to the importance of carrying a firearm, and ultimately allows us to sympathize.

Things really pick up when a busload of these rich, entitled assholes arrive, and Leatherface goes to town, even after one threatens to “cancel” him.

At just 81 minutes, this sucker relentlessly steams along with countless kills and buckets of gore, which is also its flaw, as is the production design and cinematography.

Things move so fast, there’s never any sense of peril or tension; there’s no real suspense and nothing close to the sense of dread that defined the original. Instead, you get a few jump-scares and shocks.

The overall look is also a problem. One of the countless reasons the original is flawless is its authenticity. Its daytime scenes are bright. The nighttime scenes are dark. The production design should have won an Oscar. This all combines to deliver a you-are-there documentary experience. Unfortunately, the sequel looks staged and green-screened.

Another mistake is turning Leatherface into Jason Vorhees. Here he’s out for vengeance, but if you recall the original, he was just a guy looking to fill his meat freezer. And it was this indifference towards his victims, his treating them like he would a pig or cow, that made him the stuff of nightmares. Bang — one blow the head with a four-pound hammer, and the guy dies after a series of spasms like a pig would in a slaughterhouse. Whoop — there she goes, on the meat hook…

Far be it for me to complain about a movie with the moral courage to unleash chainsaw-wielding revenge on electric car driving, anti-gun, Southern-hating, Blue City locusts, but there you go…

Overall, this entry is more than worth your time. The social commentary is courageous, dead-on, and refreshing. The kills are hilariously over the top.

The first two, both directed by Hooper and very different from each other, are outright classics. Three, four, five, and six are solid. Seven and eight are fair. Despite the presence of future Oscar-winners Matthew McConaughey and Renee Zellwegger, The Next Generation is total garbage.