News about the defamation trial between Depp and Heard has amassed more total social media interactions (likes, comments, and shares) than the country’s biggest news stories, such as the the leaked Supreme Court draft opinion, Russia’s war in Ukraine, and inflation, according to data from NewsWhip. 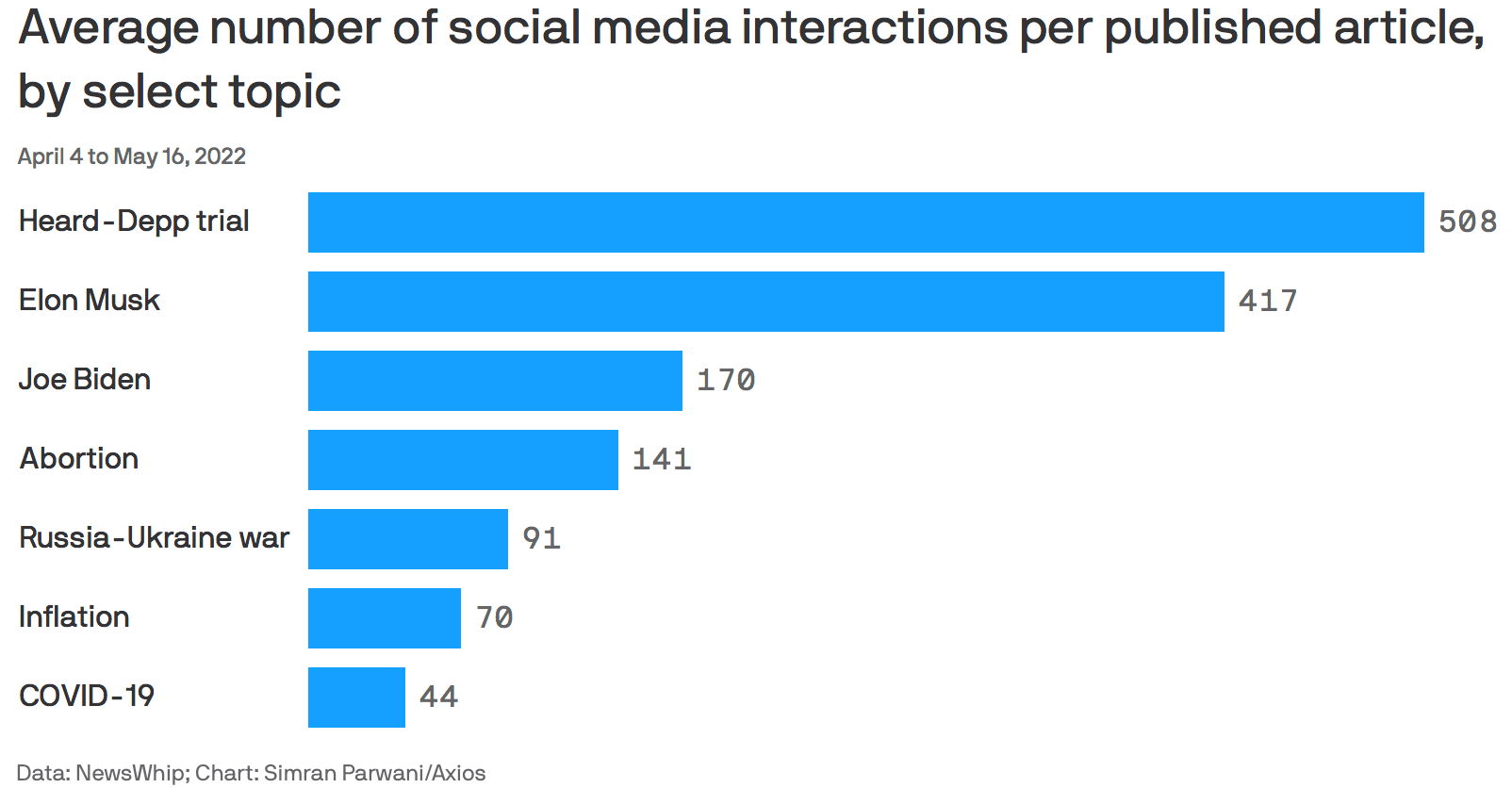 The trial, which began on April 12, has dwarfed all other major topics in the news on a per-article basis.

There has been double the amount of Google searches for “Amber Heard” than “Elon Musk” over the last month, according to Google Trends data, and nearly four times more searches for Heard’s name than for “abortion” or “Supreme Court.”

Meanwhile, most of the viral clips generated from the trial mock Heard and are pro-Depp, notes Axios.

The Pirates of the Caribbean star is suing Heard — his ex-wife — seeking $50 million in damages, claiming that a 2018 Washington Post piece she wrote has harmed his movie career. Heard is countersuing for $100 million.

Both Depp and Heard have accused each other of domestic abuse, each hurling wild and shocking accusations, likely leaving viewers even more on the edge of their seats.

While on the witness stand during the defamation trial, Depp told the jury that Heard defecated in his bed after an argument, threw bottles of vodka at him — which resulted in his middle finger being severed by broken glass — and put a cigarette out on his face, among other claims.

Meanwhile, Heard has claimed Depp performed a “cavity search” on her in an attempt to find out where she was hiding his cocaine. On Monday, the Aquaman star also addressed the actor’s defecation claim, in which she blamed the feces on a teacup Yorkshire Terrier, claiming the dog had “bowl control issues.”