It look like the magic is gone. The costs of visiting many of Disney’s theme parks have soared out of range for the average American family, according to a report.

Families are finding the price tag of going to Walt Disney World, for instance, creeping past the ten thousand-dollar mark, making the trip too expensive for even middle-class families, Fox Business Network reported.

While Disney’s several parks still sport high customer satisfaction rates, FBN added that many of the most recent customer reviews are beginning to turn sour as Disney has cut many services that were once free (or low cost) and pumped up prices overall. 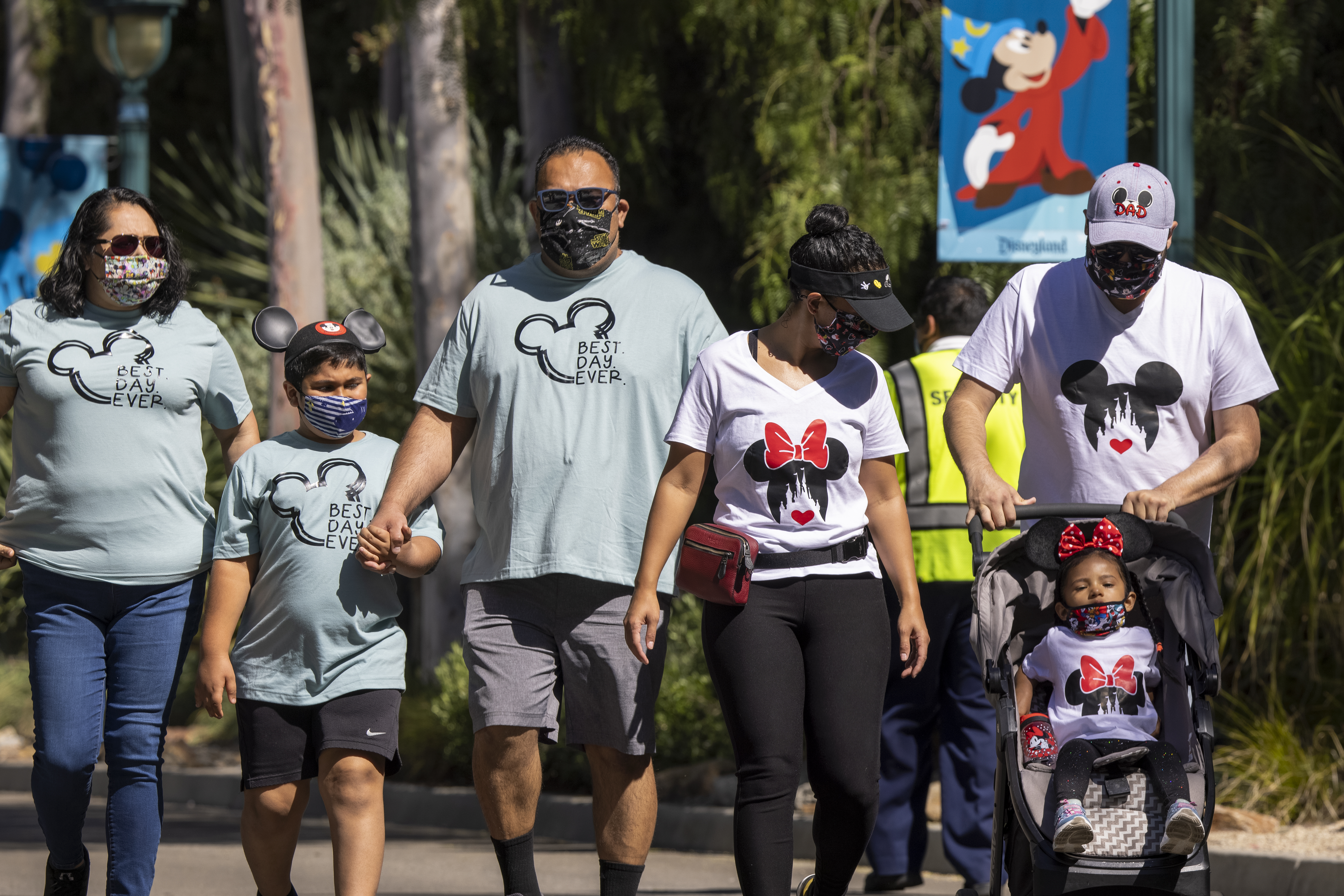 People enter Disneyland Park as it reopens for the first time since the COVID 19 pandemic forced the park to shut down last year on April 30, 2021 in Anaheim, California. California saw some of the highest infection rates in the nation over the winter but now enjoys some of the lowest. Los Angeles County, for example, is now expected to move from the orange tier of the states economic reopening system based on COVID-19 metrics to the least restrictive yellow tier, which would allow greater reopening freedoms, as early as next week. (Photo by David McNew/Getty Images)

Guests have been shocked, for instance, to discover that free transportation trams and buses have been eliminated at Disney World forcing families to hire Ubers or take taxis to get from the airport to the park.

Fox Business totaled the costs for a family of four from New Jersey and found that the family’s five-day trip cost them more than 10 grand. The family spent $200 to shuttle themselves from the airport to the hotel (that used to be free), they spent $2,550 for a a five-day park ticket, $3,780 for four nights at a Disney hotel, $300 on a line-skipping pass, and $1,650 on meals inside the park. That totals about $8,500, but that did not include several thousand for airfare. The total pushed them past $10,000 for the week.

“I feel like Disney is pricing people out, can the average working American family really afford this?” the mother of the family told Fox Business Network. “I’ve been coming to Disney since I was six years old. I’m 39 now. My kids thought Disney was magical and so for me the cost was worth it, but I see that it’s not the same Disney it was.”

Disney parks expert Jason Cochran, editor-in-chief of travel site Frommer’s, said that the feeling is not misplaced. Disney has not only been hiking prices, but the company has also been cutting entertainment and services at its parks.

Cochran says that Disney has clearly decided that it wants to cater to higher-end customers and is moving to abandon middle class families. “In order to do that, it’s done a number of things both to maximize the profit that it’s making on a day-to-day basis and also to increase the prices of access for guests,” Cochran said.

Cochran added that Disney unfairly exploits its reputation as a magical place to rope in families that can’t really afford the experience. He urges families to save up ahead of time, but worries too many are resorting to putting much of their expenses on credit cards in light of all the price hikes.

“There’s a lot of families in the middle class and working class, blue-collar families who are still going to be spending that money because they want to give it to their kids,” he added. “I think Disney takes advantage of that.”

This all comes as Disney’s political campaigning to stop Florida’s Parental Rights in Education law — which prevents school children from pre-k to third grade from being exposed to gender identity politics in class — has failed.

Despite losing the initial political battle, CEO Bob Chapek and Disney vowedto continue to fight to have the law repealed.

Last month, Gov. DeSantis signed a bill dismantling Disney’s special tax jurisdiction provisions, which canceled the company’s decades-old tax breaks and carveouts that were put in place back in the mid-1960s.

The avalanche of political and now economic failures on multiple fronts have resulted in Disney’s stock cratering, adding to the company’s 30 percent stock value free fall in the last 12 months. And by April 20, the Dow Jones Industrial Average reported that Disney is its worst performing stock for the year.