Senate Democrats announced Monday they would include federal funding to create a new Civilian Climate Corps.

The program would use taxpayer dollars to pay for a host of young people to fight climate change, a longtime dream of socialist Democrats and environmental advocates. The exact cost has not been detailed, but Democrats said it would be part of $135 billion additional funding to the Department of Agriculture. 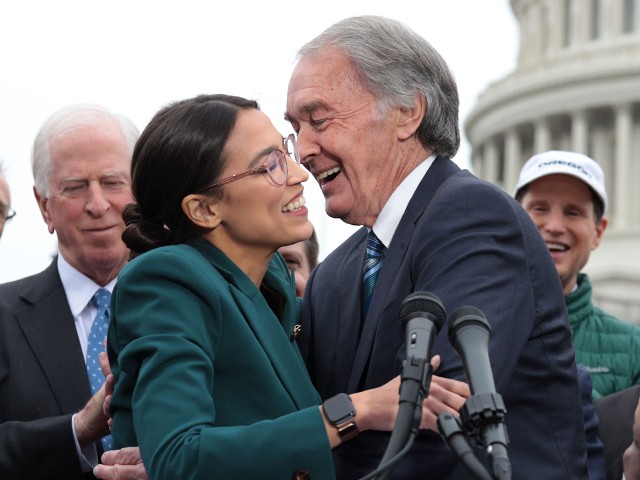 The Civilian Climate Corps aims to employ 1.5 million young Americans – putting them to work remediating blight, maintaining our parks and natural lands – and ultimately put them on a path to a long-term career, providing support like student loan relief and child/eldercare.

Biden warmed to the idea after his climate czar, John Kerry, endorsed it.

He spoke about the climate corp during a meeting with Western governors addressing the issue of wildfires:

When I — when it was proposed to me by some folks that we should have a Civilian Climate Corps of thousands of young people trained to do these things and — at first, it didn’t — you know, I said, ‘Yeah, yeah, that sounds good.’ And then I started looking at it. And the truth of it is, it’s not fundamentally different, in terms of the help it can provide across the board training a lot of these — I’m talking about thousands of young people getting paid to be trained and trained well.

Biden said the idea would be a modern version of the Civilian Corp that former President Franklin Roosevelt created during the Great Depression.

He admitted the idea might be too expensive, but indicated it could help fight wildfires by reducing climate change.

“Take a look at it and see if you think I’m — you know, I may have — you know, as my mother would say, my eyes are bigger than my stomach. You know that I may have a bigger appetite,” he said in his online video meeting with governors. “But I really think it can be helpful.”

Advocates of the Climate Corps see it as a way to get more young people on board with the idea of climate change, giving them a common purpose.

“It’s the one thing this country needs more than anything else, and that’s common experiences and to focus on the things that bind us together, not just divide us,” Gov. Gavin Newsom (D-CA) told Biden during their meeting. “This transcends politics.”