California Gov. Gavin Newsom extended a declaration of a drought emergency to every county in the state on Tuesday, and encouraged California to adopt a voluntary 15% reduction in water use, as one of the worst droughts in history continued.

The move comes as Californians failed to meet Newsom’s request for water savings for the second consecutive month amid near-record drought and water shortages. State data released Tuesday shows that California residents reduced water use by 5% in August compared to the previous August, falling well short of Newsom’s plea for a 15% reduction.

A statement from Newsom’s office observed: “California is experiencing its worst drought since the late 1800s, as measured by both lack of precipitation and high temperatures. August 2021 was the driest and hottest August on record since reporting began and the water year that ended last month was the second driest on record.” 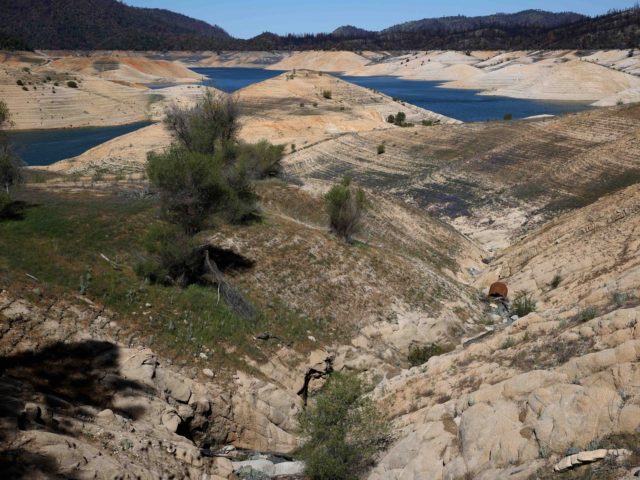 OROVILLE, CALIFORNIA – APRIL 27: In an aerial view, low water levels are visible at Lake Oroville on April 27, 2021 in Oroville, California. Four years after then California Gov. Jerry Brown signed an executive order to lift the California’s drought emergency, the state has re-entered a drought emergency with water levels dropping in the state’s reservoirs. Water levels at Lake Oroville have dropped to 42 percent of its 3,537,577 acre foot capacity. (Photo by Justin Sullivan/Getty Images)

The state is bracing for another potentially dry winter, after the National Weather Service declared last week that there are official La Niña conditions in the Pacific Ocean — a pattern of cool water in the eastern Pacific that typically means less rain in California.

In the short term, though, there may be some relief in sight, as an “atmospheric river” — a storm transporting moist air from the central Pacific — is expected to hit Northern California this week, brining heavy rain.