The World Health Organisation (W.H.O.) warned Tuesday the very personal protection equipment it pushed people to wear during the coronavirus pandemic, such as surgical masks and gowns, is having an unexpected impact on the environment.

The W.H.O. announced in a report some “87,000 tons” of discarded Personal Protection Equipment (PPE) that was used between March 2020 to November 2021 has ended up discarded as waste.

Coronavirus vaccines have also contributed to a rise in medical waste with 143 tons of extra waste being created by the use of vaccines and needle boxes around the world.

Dr Margaret Montgomery, the W.H.O.’s technical officer for water, sanitation and hygiene and an environmental engineer said the U.N. subsidiary has found people are currently “wearing excessive PPE” and so have updated their message so the public can “become more of a conscious consumer”. 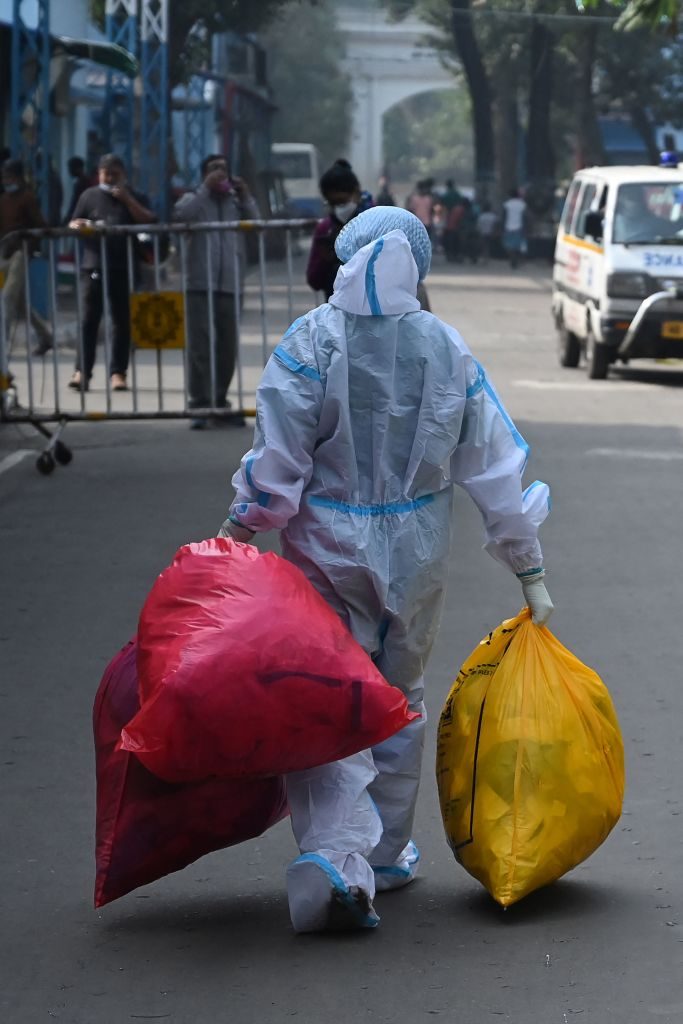 A health worker carries medical waste for disposal at a government hospital in Kolkata on January 18, 2022. (DIBYANGSHU SARKAR/AFP via Getty Images)

Dr Michael Ryan, the W.H.O.’s emergencies chief, said “it is absolutely vital to provide health workers with the right [protective gear], but it is also vital to ensure that it can be used safely without impacting on the surrounding environment”, AP reports.

The W.H.O also published on their website advice from Dr Anne Woolridge, the Chair of the Health Care Waste Working Group, who in an apparent call for the end of overzealous mask mandates suggested, “safe and rational use of PPE” will “not only reduce environmental harm from waste, it will also save money, reduce potential supply shortages and further support infection prevention by changing behaviours”.

The World Health Organisation is not however planning to update their messaging on how governments should respond to coronavirus with Director-General, Tedros Adhanom Ghebreyesus, saying that nations who are saying the vaccine combined with omicron’s lower severity than previous strains means it’s no longer possible nor necessary to prevent transmission could not be “further from the truth”.

Tedros has maintained that “it’s premature for any country either to surrender or to declare victory”.

The use of PPE and vaccines in the pandemic has had an overbearing effect on the developing world with data indicating that “1 in 3 healthcare facilities globally do not safely manage healthcare waste”, with the number rising to “60 per cent in the least developed countries”.

This not only increases the amount of pollution and waste in these nations but also risks staff injury such as being exposed to dirty needles.

Prior to the pandemic, the world had moved to try and discourage the use of or ban “single-use” plastics such as plastic straws or plastic carrier bags, which has prompted the W.H.O. to suggest the use of reusable PPE and also bio-degradable packaging. 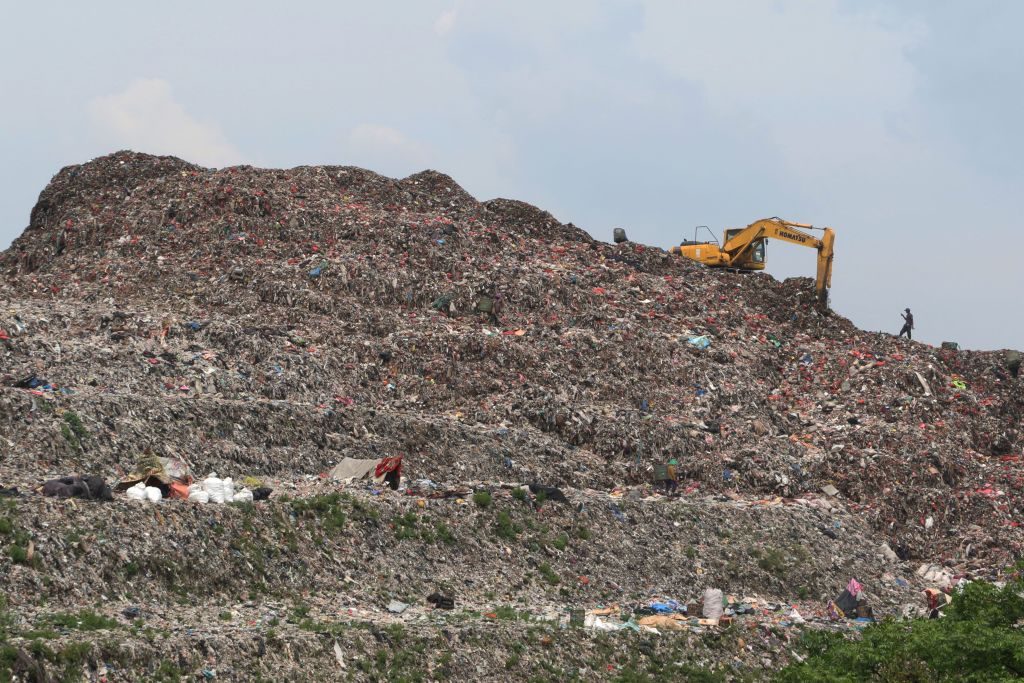 Workers pile up waste at the Burangkeng landfill where most of the medical waste from Covid-19 hospital wards are collected, in Bekasi on October 19, 2021. (DASRIL ROSZANDI/AFP via Getty Images)

The vast majority of masks, are single-use and are made of multiple plastic fibres, primarily polypropylene, which makes them non-recyclable. It has been reported that a single mask can release as many as 173,000 microfibers per day into the sea, which has a major effect on the surrounding wildlife.

Approximately 3.4 billion face masks are discarded every day, and due to their light and versatile nature, it is easy for masks to be blown into drains by the wind and end up in the sea or rivers and disrupt animal life there – masks have also been reported to have clogged sewer systems in large cities like New York.