The man who blamed police for his teenage daughter running off to join Islamic State has been revealed as attending a rally led by hate preacher Anjem Choudary that was also attended by Michael Adebowale, the killer of soldier Lee Rigby.

Abase Hussein, whose testimony is included in a report on foreign fighters, blamed the police for placing a ‘heavy burden’ on his daughter Amira Abase by giving her a letter for her parents asking for permission to question her and her friends further, the Daily Mail reports.

Amira was one of three girls who left for Syria last month to join a close friend and have not been heard from since. The country’s top police officer was forced to say sorry to their families over a ‘misplaced’ letter relating to the fourth girl’s disappearance after being told the families were left in the dark over the threat they faced.

The relatives of the girls, who included 16-year-old Kadiza Sultana and 15-year-old Shamima Begum spent an hour in front of MPs refusing to take any responsibility for the radicalisation of their daughters.

Yet one of the very men who blamed everyone but himself for his daughter fleeing to a country where hostages are beheaded and gay people pushed off buildings can be seen on video at the front of a crowd of Muslims shouting ‘Allahu Akbar’ and demonstrating behind a banner reading “The followers of Mohammed will conquer America” while the US flag is burned. 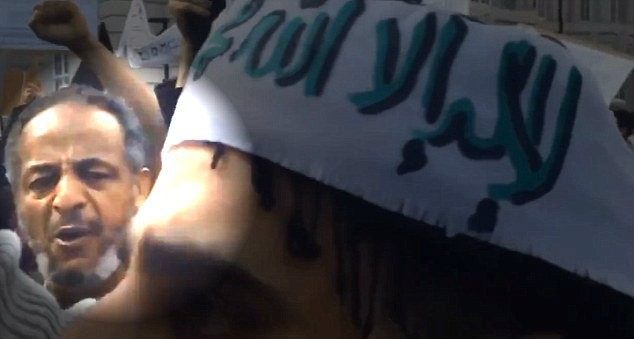 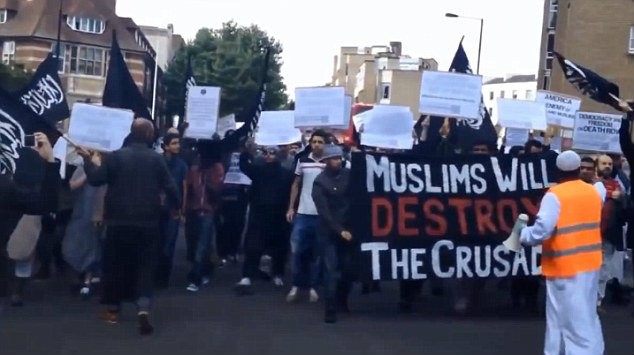 The relatives of the girls who addressed the home affairs committee were led by their lawyer Tasnime Akunjee, who once represented a close associate of the Woolwich killers. He demanded an apology and accused Scotland Yard of a ‘catalogue of errors’ in handling the disappearance of the trio in February and their  friend two months before.

Mr Akunjee said if the parents had received the letter they would have been ‘on notice’ for issues such as radicalisation and foreign travel. The lawyer attacked the Met, saying it would have cost only an envelope to ‘avoid all this’.

Throughout these high profile appearances, not once did Mr Hussen admit his own attendance at one of the most notorious militant Islam rallies of the last few years – refusing to shoulder any responsibility for his daughter’s disappearance.

“We saw Mr Hussen on TV looking very innocent, holding a teddy bear. But he was linked with individuals who espouse an extremist ideology.

“The impression given was that Islamic extremism was an alien world to his daughter. This footage suggests it wasn’t.”

At the rally attended by Mr Hussen, two men were arrested as the angry crowds called for Sharia law to be imposed in the UK. Thousands took part in protests against a film called Innocence of Muslims which was attacked for ridiculing Islam, including 150 who clashed with police outside the U.S. Embassy in Mayfair.