The Conservative think-tank, Bright Blue, has called on David Cameron to abandon migration targets claiming he created them to “appease a minority of voters who are attracted to UKIP’s prominent position on immigration”. 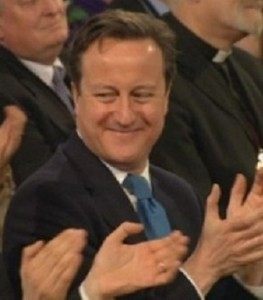 The call came in their Immigration Manifesto, published today, and has already been criticised for attacking party policy just over one month before the general election. But Bright Blue claimed it was the duty of the “centre-right – represented mainly by the Conservative Party – to shape a more positive and compelling vision on immigration”.

In the manifesto the group said: “All political parties are focused on tackling ‘benefit tourism’. Early in 2014, the Conservative Minister for Immigration and Security delivered a high-profile speech to the think tank Demos blaming a ‘wealthy metropolitan elite’ for pushing for mass immigration at the expense of ‘ordinary, hard-working people’.

“But this tougher approach has not succeeded in convincing the public of the Government’s handling of immigration. In fact, the Conservative Party is guilty of fixating in recent years on trying to appease a minority of voters who are attracted to UKIP’s prominent position on immigration, which is heavily negative about the impact of immigration, and wants to see net migration substantially reduced.”

They go on to suggest reassuring the public about the “benefits of immigration” would be “in the national interest”. Bright Blue also suggest the government should abolish the migration limits as it is not possible for the government to restrict the number of EU migrants entering the UK anyway.

David Cameron promised to reduce net migration to the “tens of thousands” before the last election but instead numbers have hit 300,000. Treaty obligations allowing EU nationals to come to the UK have added to these figures, but renegotating the terms of free movement across Europe has been ruled out by the Germans.

Another section the Immigration Manifesto recommends the country take far more refugees through the “UNHCR Gateway Programme”. This would involve housing migrants from Libya despite public statements from the Islamic State that they will use the influx of North Africans as a methods of moving their fighters into Europe.

But not every Conservative Think Tank agrees with Bright Blue’s approach. The Parliament Street group recently published a book supporting immigration controls. The co-author of the book, Mo Metcalfe-Fisher, told Breitbart London: “”It’s deeply irresponsible for a group that claims to be Conservative to advocate abolition of immigration limits during an election campaign.

“This announcement is deliberately timed to cause trouble when it’s of deep concern to many Conservative voters and the wider public. At this election more than any other in recent memory we need to back anything that ends the mass immigration that is changing this country.”

This not the first time Bright Blue have put forward views on immigration that might raise eyebrows amongst most Tories. At the launch of their “Modernisers Manifesto” last year one of the speakers, Ian Birrell, called for much more immigration from Africa because of the booming champagne sales on the continent.

He said: “Africa is the fastest growing market for champagne in the world, but our visa system makes it impossible for Nigerians to come to the country. We all know that the Visa system also makes it hard for Indians to study in the UK.”

Birrell also said that one in three people in London were not born in the UK, and “that’s what makes it a wonderful, vibrant place”.