The two party system was delivered a blow in Spain’s municipal elections as voters turned their backs on the parties who have dominated the electoral scene since democracy was reintroduced to the country in 1980.

The Popular Party (PP) which has been in central government since 2011 lost its regional majorities after Sunday’s vote where 8,119 local elections and 13 regions went to the polls, although it remained the largest single party in the country, winning 27 per cent of the vote, according to El Pais.

It means the party will now be only able to govern if it forms an election pact with the new centre-right group Ciudadanos. But what is more likely is a deal between left wing parties including anti-austerity Podemos and the Socialist Party (PSOE). 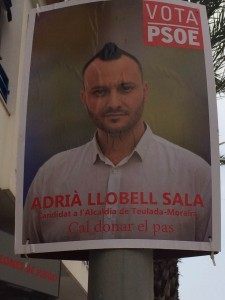 The PP lost its majorities in Cantabria, Castilla-La Mancha, Valencia and Madrid, as well as three other regional governments, where it rules in minority, in Aragón, Extremadura and the Balearics.

In Catalonia the independence drive was another victim as the surprise winner in Barcelona was Ada Colau, a social activist with no prior political experience. She came to prominence during the economic crisis as the head of a grassroots movement to stop people being kicked out of their homes.

At the helm of a coalition called Barcelona en Comú which includes the leftist and green parties Initiative for Catalan Greens, the Republican Left of Catalonia (ERC), United and Alternative Left, Podemos Barcelona, Procés Constituent and Equo, she will still face a tough battle to govern being well short of the absolute majority of 21.

The outgoing mayor,  Xavier Trias of pro-Separatist CiU, asked fellow bloc members to “reflect on why situations like this one have come to pass”. It is a major blow to the nationalist bloc who have governed the northeastern region and who organised last year’s informal referendum on Catalan independence. With the loss of Barcelona, considered a CiU stronghold as the biggest city in the region, the pro-Independence movement will be seriously compromised.

The group had considered these municipal elections as an informal first round of the regional elections, scheduled for September 27th in Catalonia.