I’m Jamie Huntman, the humble timber merchant that ran for UKIP in Castlepoint at the General Election, and I’m writing to UKIP supporters and members today because there’s a very serious choice being made this weekend: who will be UKIP’s candidate for the London Mayoral elections in 2016?

Obviously there are a lot of choices, and a lot of different voices involved in the selection process. But for whatever it is worth, having thought long and hard about this, I’ve decided to throw my weight behind Peter Whittle, who was our candidate in Eltham, London, at the General Election. 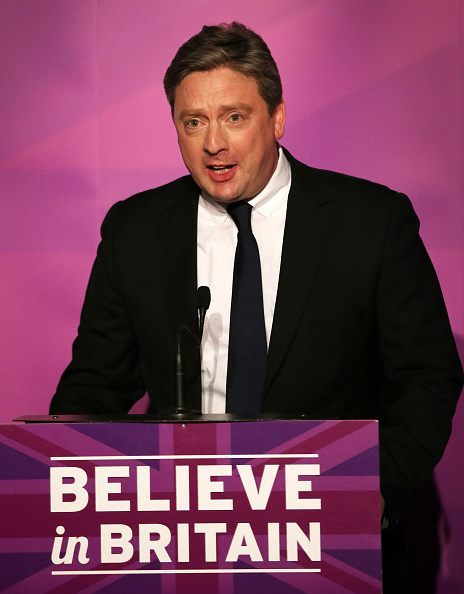 I’ve love hearing Peter speak in the past about his passion for a better London. He’s properly clued up on the challenges the nation’s capital faces, and if there was ever a candidate that could stand on a stage against Zac Goldsmith, or Syed Kamall, or Dame Tessa Jowell, or Sadiq Khan and hold them to account: it’s Whittle.

His columns in Standpoint magazine reveal his depth of thinking, and his activism – especially surrounding the Lee Rigby memorial in Greenwich – is second to none.

We have to ask ourselves who best represents UKIP in London? Who has stood in London before? Who knows the city like the back of their hand? And who’ll fight an upbeat campaign?

I don’t think we should concern ourselves with ticking certain boxes. There are candidates running because they’re gay, or because they’re women. This isn’t the UKIP way.

We need to select on merit.

And yes, it is a testament to just how wrong the media and chattering classes get us that we have two black candidates, two women, and two gay candidates. Without the need for shortlists, and without anyone convincing them to stand because the field might look bad otherwise. This is a stark contrast from both the Labour and Conservative parties. Truly UKIP is representative not just of our country, but of London too.

But we needn’t focus on things like this. It’s all happening without prompting anyway. Let’s focus on solutions.

When you look at London, what do you think of?

Do you think of multiculturalism, bankers, and heavy traffic? A lot of people do and it’s why London has dropped down the ranking of the most liveable cities in the world.

But these issues: government sponsored segregation and mass migration, the bank bailouts and rabid City corporatism, and poor planning accompanied with rising tube fares and pitched battles between taxi providers – these are direct consequence of Boris forgetting the heart and soul of London. And that heart and soul can and should be identified as the following: Being British.

It’s even the name of Peter Whittle’s book: Being British – What’s Wrong With It?

The answer is of course, nothing. But our politicians and media class who dominate London have driven a wedge between people. I think it is time we tried pulling people back together.

I am the grandson of immigrants who came to London’s East End and worked hard and integrated before multiculturalism was even in the English dictionary. It has been an experiment in my view that has largely failed. And we need a candidate who will, and who can explain why.

So if you, like me are unashamedly patriotic, Believe in Britain, and Believe in London, I ask you to lend your support to Peter Whittle.

I think he’ll make an excellent London Mayor. And yes… I think we should be trying to win!

Jamie Huntman is a UKIP Member, County Councillor and was the Candidate for Castlepoint at the General Election