What do an Islamist terrorist in Afghanistan and an unemployed steel worker in Yorkshire have in common? Both have been impacted by the European Union’s (EU) Carbon Emissions Trading Scheme (ETS). The Al Qaeda terrorist has made millions from it, while the British steelworker has lost his job because of it. 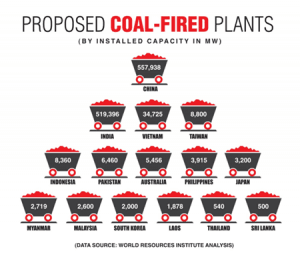 The EU’s Emissions Trading Scheme market was put in place to reduce carbon emissions by requiring heavy industry in Europe to pay for expensive permits to emit carbon dioxide. As it is not a global scheme, companies in China and India built coal-fired power stations and expanded steel making plants to their hearts’ content while European companies were faced with crippling permit costs and ordinary householders received higher energy bills.

In 2010, Europol, a nascent Euro-wide police force and investigation unit found that European governments had lost up to 5 billion euro in revenue because of a simple VAT scam that existed in the ETS market.

Europol said that “an estimated 5 billion euros in damage for European taxpayers, caused by VAT-fraud within the EU Emission Trading System (ETS), law enforcement authorities around Europe continue to fight the criminal networks involved. In operations during 2010, several hundred offices all over Europe have been raided and more than 100 people arrested.”

So far so bad, but it gets worse, much worse.

The popular Corriere newspaper in Italy reported that in 2010, U.S. Navy Seals searching for the terrorist cohorts of Osama Bin Laden along the Pakistan/Afghan border found bills related to a cache of ETS certificates across Europe, the Middle East and Hong Kong. This triggered Italian prosecutors to investigate 38 suspects from companies involved in the ETS VAT scam. One of the bills in the Al Qaeda shelter led to a 40 year old British/Pakistani national. It would appear that he was trying to take £1.17 billion in VAT through the ETS scam, which he allegedly laundered through slush funds and investments in Dubai.

So an EU scheme supposedly about hugging huskies ended up as a scam funding Islamist terrorists.

This carousel fraud involving the trade of emission credits in 2008 and 2009 amounted to a loss of €5 billion in VAT for national governments. What was happening was that a front company in one EU country would sell the carbon credits to a company in another, but without transferring VAT tax. The credits would then be traded and sold for a price that included VAT – but did not hand over that VAT to the relevant tax authority.

I know it is hard to believe but even by July 2015, the European Court of Auditors said “The risk of value added tax (VAT) fraud on EU ETS allowances is consequently still not fully addressed in the European Union.” And this was in a report humorously titled ‘The integrity and implementation of the EU ETS‘.

So it is clear the fraudulent loop holes are still there to be exploited.

Higher energy costs and VAT charges are a racket perpetrated on British householders by the EU. They will be outraged to hear that Al Qaeda affiliates are making money at their expense.

It’s incredible that the Carbon Emissions scheme is so open to fraud that even those connected to Al Qaeda can take a slice of the corruption pie. It’s been known for years that the Mafia in Italy has been benefitting from EU Cohesion and Agricultural funds, but Islamist terrorists are a surprising addition to the list of undesirables making money from EU fraud.

And what about the British steel worker? Well because of higher energy prices pushed up by this ETS scheme, as well as the below-cost dumping of Chinese steel on the European market, he and many like him have lost their jobs. Thousands of highly skilled men and women have lost their jobs in steel plants across Northern England and Scotland in the last month.

UKIP calls for this destructive and corrupt ETS scheme to be scrapped. It is pushing up energy prices, helping destroy our steel industry, is wide open to fraud and gives perverse incentives to heavy industry in China.

Given the time that has elapsed since 2010, you would think the EU would have sorted this out wouldn’t you? It’s the EU, of course not.

“The risk of value added tax (VAT) fraud on EU ETS allowances is consequently still not fully addressed in the European Union”, the EU auditors’ report of July 2015 said.

So there we have the EU’s ETS scheme. The unemployed steel workers of Britain lost their jobs because of it. Islamist terrorists profited immensely because of it….and it’s still going on. The European Commission, Kyoto, and Corruption. They all fit together so well, and its ordinary people who are the losers. We can’t get out of the EU soon enough.

Paul Nuttall is the Deputy Leader of the UK Independence Party. He tweets at @PaulNuttallUKIP