The UK government’s inspectorate of schools has accused a hardline Islamic school of forcing a female governor to sit “out of sight” behind a door during meetings. The woman, a Muslim, said the incident “demonstrates the school’s strong promotion of both Islamic and British values”.

The segregation was uncovered by Ofsted Inspectors during a visit to Darul Uloom Islamic high school in Birmingham. They said that only allowing the women to contribute through a doorway was “unacceptable” and showed a lack of “proper respect for women”.

Ofsted is currently reviewing the standards at Britain’s Christian and Muslim faith schools, as reported previously. As part of the ongoing review, Chief Inspector Michael Wilshaw wrote to the Education Minister Nicky Morgan this week:

“During the inspection of Darul Uloom Islamic high school [in Birmingham], the actions of governors did not model the promotion of mutual respect for men and women”, he said.

Adding: “At a meeting with inspectors, the only female governor sat out of sight of the male governors in an adjacent room [and] could only contribute through a doorway”.

The school is of the Deobandi sect of Islam, a Sunni revivalist movement established in colonial India specifically to oppose Western influence.

The institution has hit the headlines in 2011, when a teacher from the madrasa was jailed after Channel 4 filmed him savagely beating a student. Another teacher said that “non-believers” were the “worst of all people” and Western practices should not be “copied”. 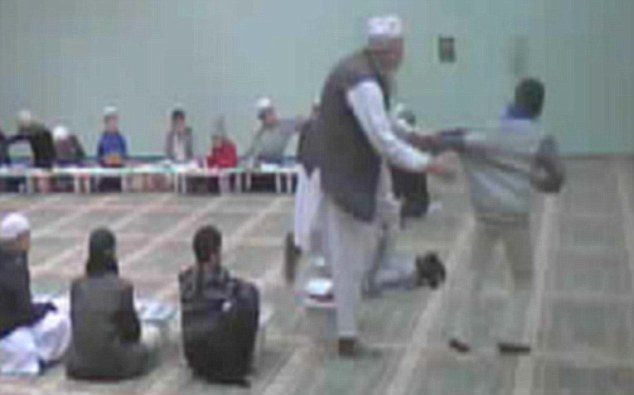 In a statement, the school is now claiming that, “the female governor present at the meeting chose to sit separately.”

The unnamed female governor argued that sitting behind the door was the school’s way of promoting British values:

“I feel the school allowing me to be part of the governing body with my request to sit as I please therefore demonstrates the school’s strong promotion of both Islamic and British values.

“The right for a person to choose is a universal value, which the new undefined British value clearly is opposing.”