German Chancellor Angela Merkel’s usual New Year speech will be available with Arabic subtitles this year, in the surest sign yet that Germany is bending to the hordes of migrants that have settled there, rather than requiring them to learn the native language.

The announcement was made by the state television broadcaster, ZDF, which has already made available a video message from the German President, Joachim Gauck, with Arabic subtitles (pictured above). 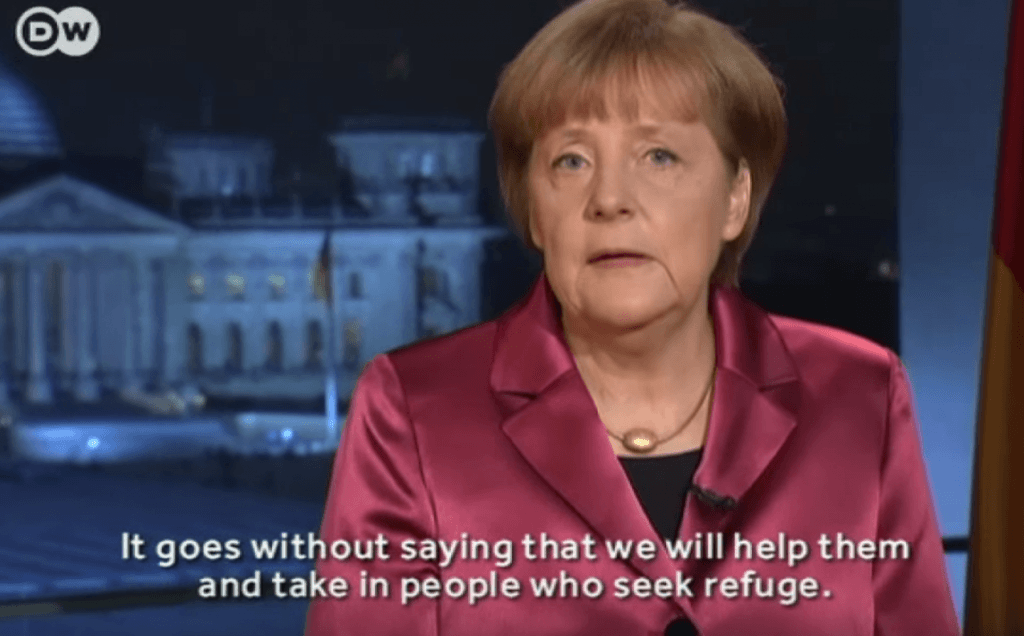 The speech, which is usually between six and seven minutes long, traditionally includes a roundup of the year gone by, and a message from the German leader about the prospects for the year ahead. It tends to be overtly political, and a way for the Chancellor to hammer home her side of the story on the years’ events.

This year will no doubt centre around the migrant crisis, which has served as the catalyst for a slump in Mrs. Merkel’s party approval ratings, as well the rise of the PEGIDA movement and the Alternative fur Deutschland party.

The ZDF has even set up a dedicated Arabic subdomain on its website: http://arabic.zdf.de, as well as a mobile site called “ZDFarabic”.

The Arabic subtitles are not set to be broadcast on television, but online only, and the Middle Eastern language joins English as the only language the speeches were previously subtitled into.

ZDF – which is funded by a public licence fee for television usage, like Britain’s BBC – has announced an expansion of what it calls the “web site for Refugees”.

Earlier this month Breitbart London reported that the country aired its first ever Arabic-language television programme named Marhaba (‘Hello’ in Arabic) which featured tips such as ‘stick to the rules’, and lessons on cultural tolerance. It also reminded viewers that German Basic Law — the constitution — takes precedence over all others, including Sharia.