A 17-year-old girl in Denmark is facing police charges and a substantial fine after fending off a sex attacker — who did not speak the Danish language — with pepper spray.

The man is alleged to have attacked the girl at 10pm on a Wednesday evening, unbuttoning her trousers and attempting to pull them down.

She was out for the evening in the town of Sønderborg, Southern Denmark, which has been in the headlines recently after multiple reports surfaced of migrants from a nearby refugee centre harassing women. One local nightclub even banned men who did not speak Danish because the problem had become so bad.

The young woman was only able to break free after using pepper spray to deter the molesting man, who only spoke English to the girl. His ethnicity has not been disclosed.

However, it is only the girl who has faced the force of the law so far. “It is illegal to possess and use pepper spray, so she will likely be charged for that,” local police spokesman Knud Kirsten told TV Syd. 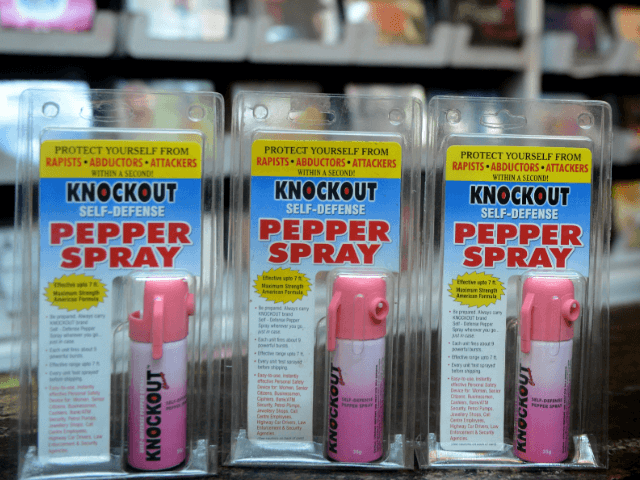 The fine is likely to be around 500 kroner, which is the equivalent of £51, or $73. Many Danish readers of TV Syd were so disgusted that they have offer to pay the fine for the girl in the comment section.

The atmosphere of the town at night is said to have dramatically changed over the past year and a half, after a local army barracks was turned into a refugees centre, housing 700 recently arrived migrants.

Nightclub owner Rafi Ibrahim, himself a migrant from Syria who has lived in the Danish town of Haderslev for years, described the migrants as not knowing the “rules” when it came to Danish nightlife.

His club was one of three to try and bar refugees and migrants from entering because of the escalating harassment issues by using language restrictions.