Moazzam Begg, the former Guantanamo Bay detainee and chairman of the ex-Gitmo detainees group CAGE, has advised British Muslims to train themselves in martial arts and “self defence” in preparation for inter-religious conflict in Britain.

He told his followers on Facebook: “My sincere advice to all brothers but especially sisters who are facing the increasing threat of being targeted, attacked, abused and even abducted on the streets: make serous efforts in learning self-defence.

“Be it MMA, Wing Chun, kickboxing, jujitsu, Muay Thai, Kali or simply basic evasion and defensive techniques, dedicate several hours a week in learning to avoid, escape from and, when necessary, defend against attacks against your person – or others.” 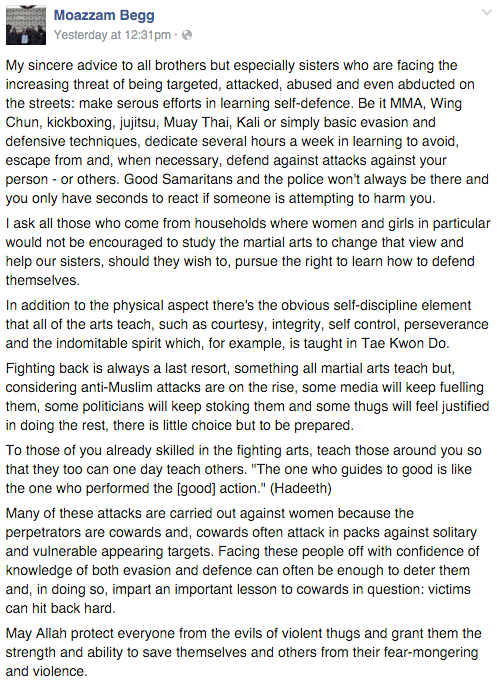 Mr. Begg has been arrested and quizzed a number of times on terror-related offences in the past few years since returning from Guantanamo Bay. When inside the terrorist prison, he signed a confession stating that he was an Al Qaeda recruiter. 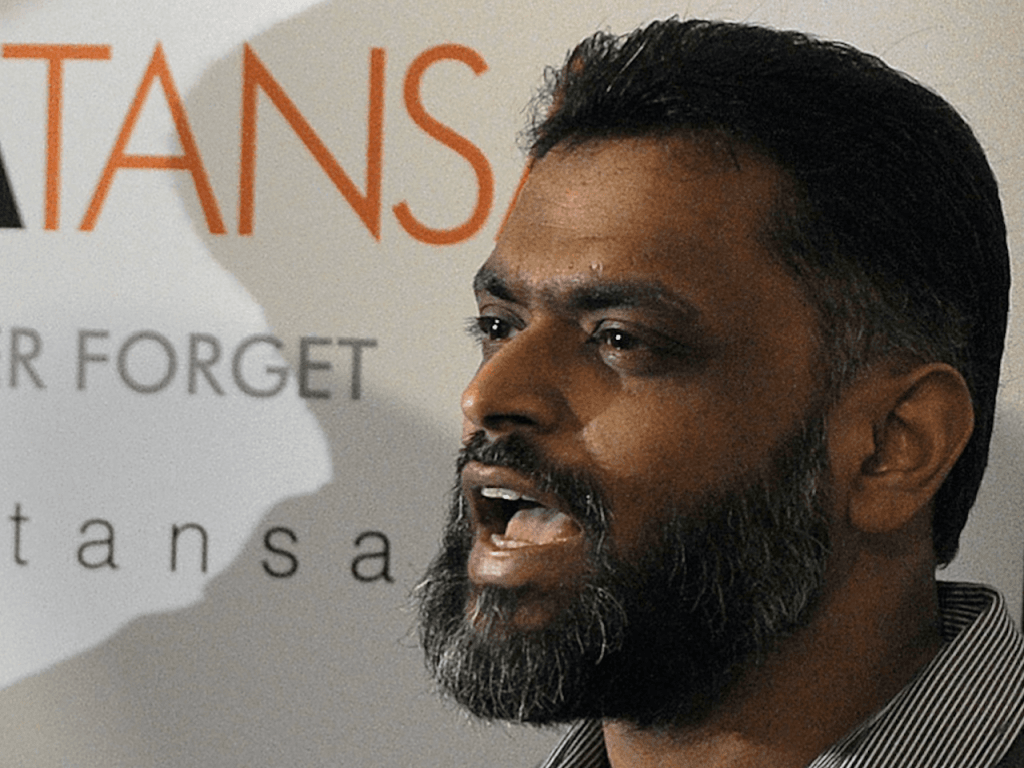 He has denied any connections to Al Qaeda since returning to the UK and has been cleared of all crimes. However, he continues to admit being at Islamic training camps in the Middle East and has maintained strong Islamist links here in the UK.

“Fighting back is always a last resort, something all martial arts teach but, considering anti-Muslim attacks are on the rise, some media will keep fuelling them, some politicians will keep stoking them and some thugs will feel justified in doing the rest, there is little choice but to be prepared”, he wrote.

Adding: “May Allah protect everyone from the evils of violent thugs and grant them the strength and ability to save themselves and others from their fear-mongering and violence.”