LAMBETH, London – Following last weekend’s scenes where the Labour Mayoral hopeful Sadiq Khan and his party leader Jeremy Corbyn failed to respond to questioning regarding Labour housing policies, it was hoped that a more open approach to questioning might occur when Mr Khan today spoke in Lambeth, especially given that he was so close to the estates which Lambeth Labour are planning to demolish, and the libraries that are planned for closure. 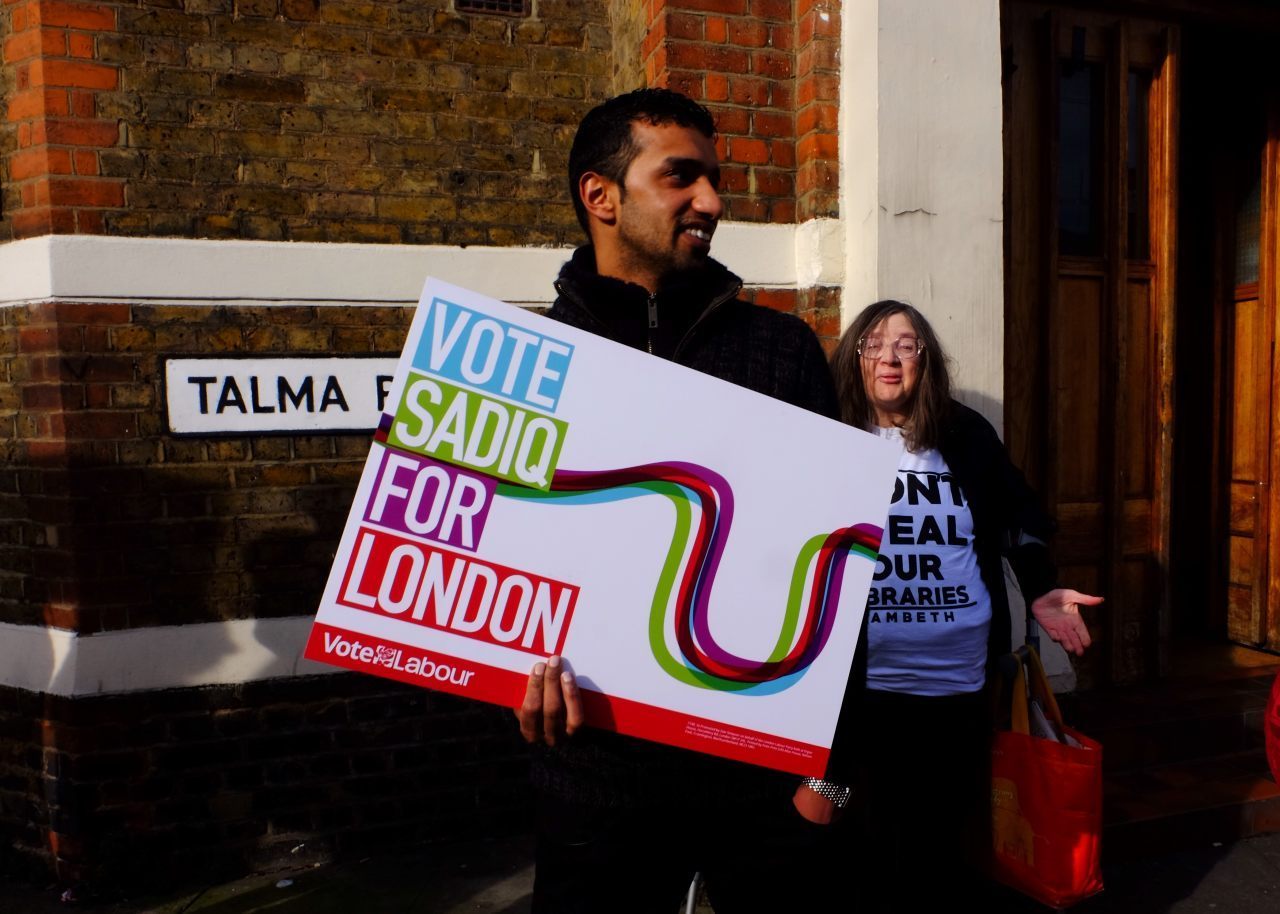 But Mr Khan, who was delivering a speech on his intended transport policy, did not even allow for questions from the vetted audience after his speech.

Protesters outside were surrounded by Labour team members holding placards which they raised to cover any placards of dissenters – many of whom were Conservative Party activists, but some of whom were locals demanding a say over their community’s services. 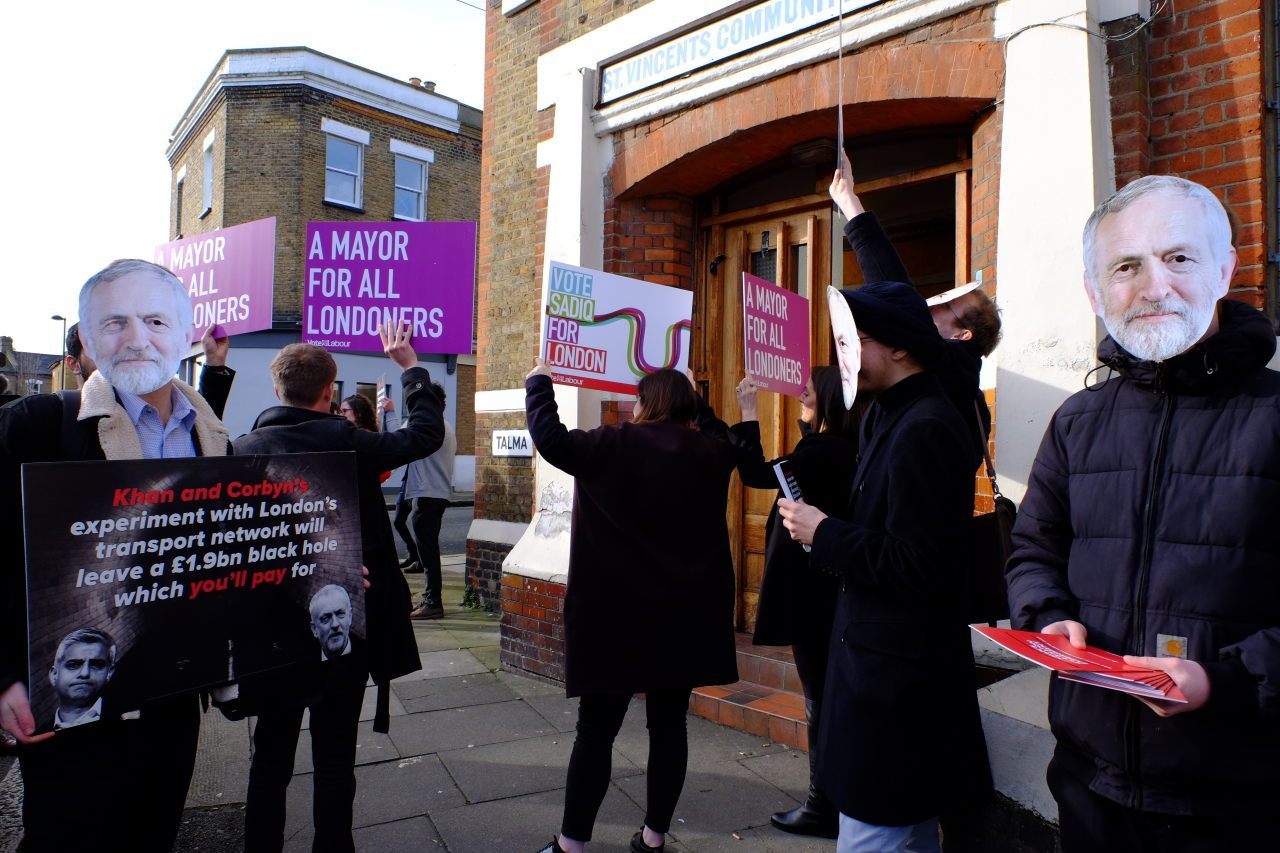 Perhaps understandable that they should block the Tory supporters in Jeremy Corbyn masks, but to block out local people trying to save libraries and encourage literacy seemed ill-judged, oppressive, and mean-spirited: perhaps the perfect analogy for Mr. Corbyn’s Labour Party.

Library campaigner Angela Boyle, who after being blocked by supporters before the speech, had waited patiently for Mr Khan to leave in order to try speak to him about the Labour-backed library closures in the borough, but she was unable to question him as he left by a back door surrounded by staff with placards ushering him into a waiting car which subsequently sped off.

The incident may bring back memories of Labour Party leader and Prime Minister Gordon Brown slamming a local Labour backer concerned with immigration levels as a “bigoted woman” – a comment which was caught on a Sky News “hot mic” in 2010. 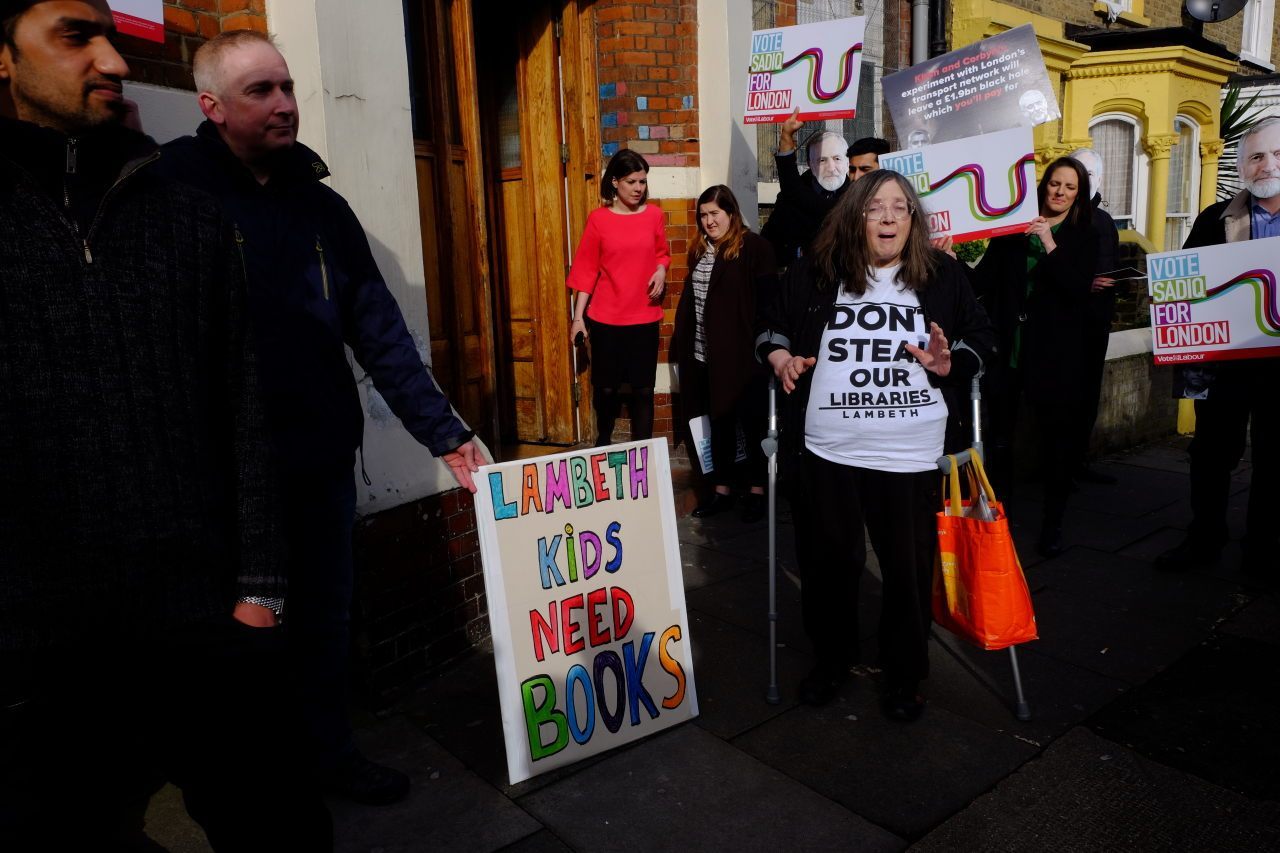 Ms. Boyle shouted after Mr. Khan’s car, calling him “coward” and stating that he had “lost her vote”. 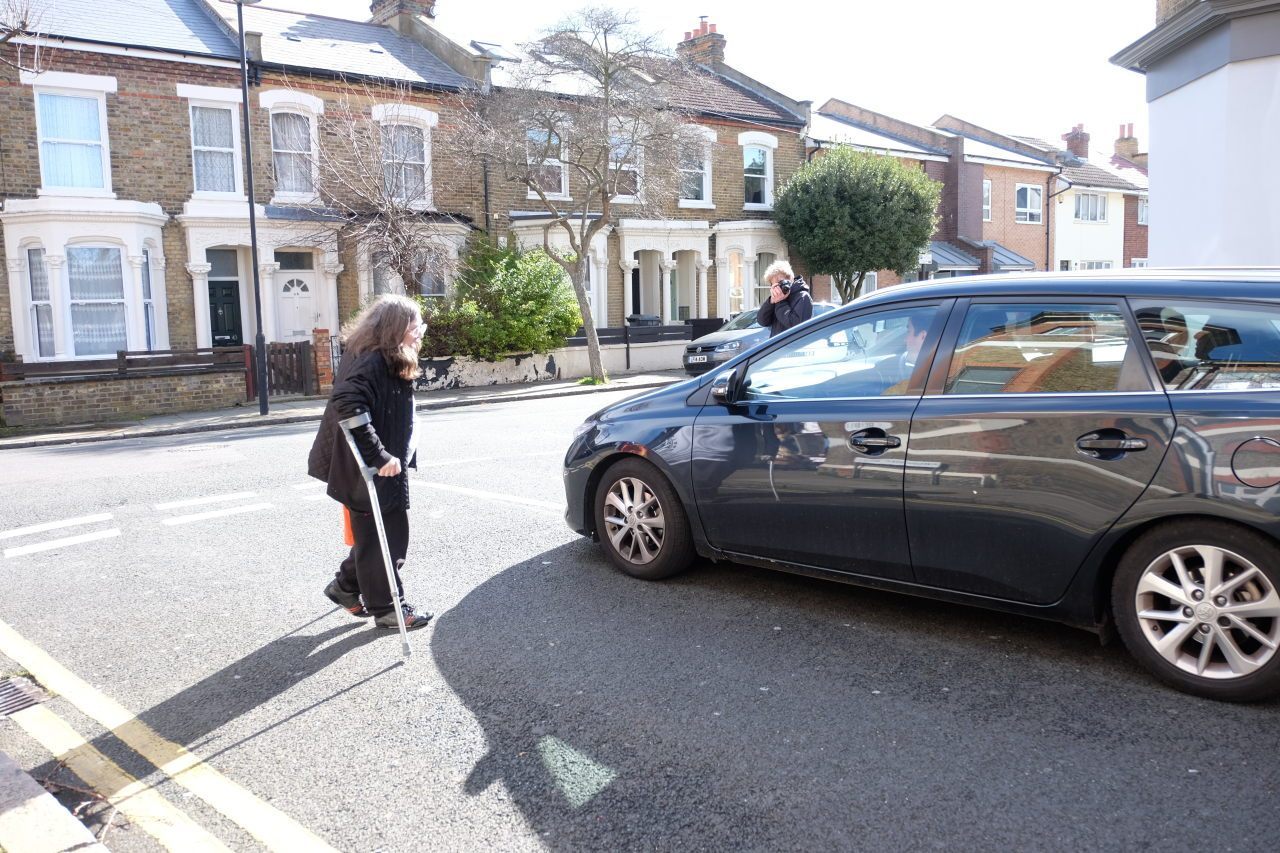 The Labour-run council in Lambeth, where Sadiq Khan was speaking this morning, is currently planning to shut four libraries and that, coupled with a recent vote to sell off council housing estates to property developers, is alienating traditional Labour voters. 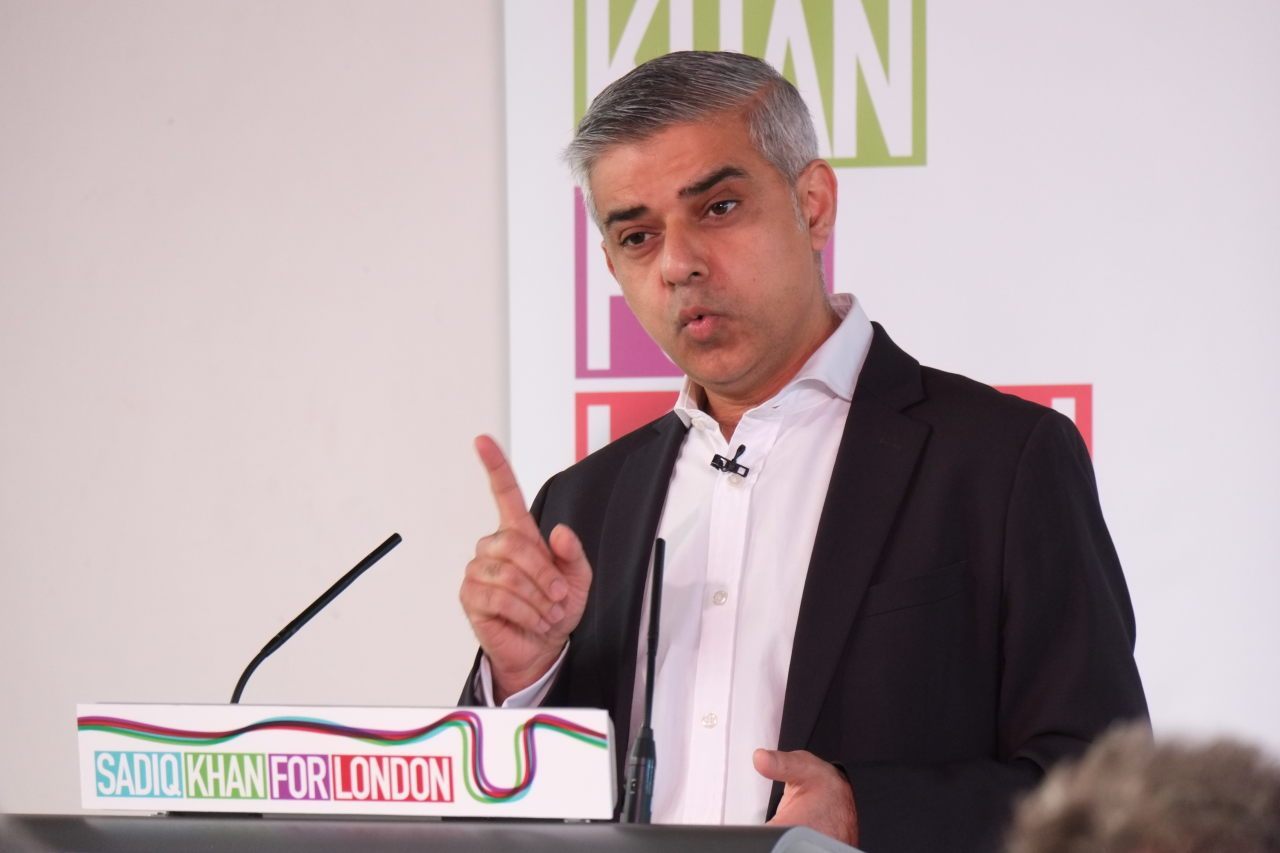 In his online manifesto Sadiq Khan claims he will “Work with boroughs to promote and protect London’s libraries, community centres, and suburban arts venues.”

Strange then that his team should treat campaigners for local libraries in such a deeply rude and shoddy way.