BIRMINGHAM, United Kingdom – Hundreds of ‘anti-Islamisation’ protesters descended Birmingham today for the second march of the PEGIDA UK movement, fashioned on the German marches that have attracted up to 18,000 people to the streets of Dresden. 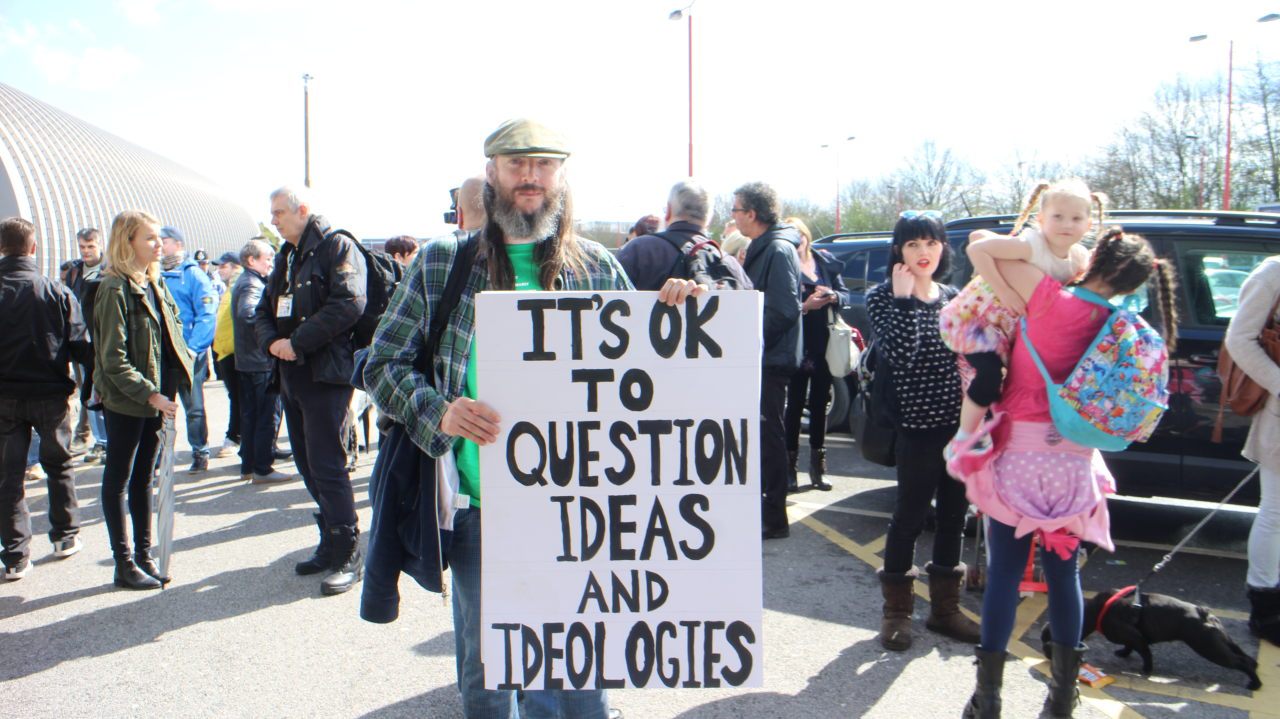 Organiser Tommy Robinson appeared alongside anti-Sharia campaigner Anne Marie Waters amongst others. But the real star of today’s proceedings was Lutz Bachmann, the founder of the global PEGIDA movement which now has branches in 27 countries.

The march began at Birmingham International Airport’s train station, where the crowd amassed under banners opposing mass migration into Europe, as well as flags from a number of different countries, include Israel and the Czech Republic. The LGBT ‘Rainbow’ Flag also flew. 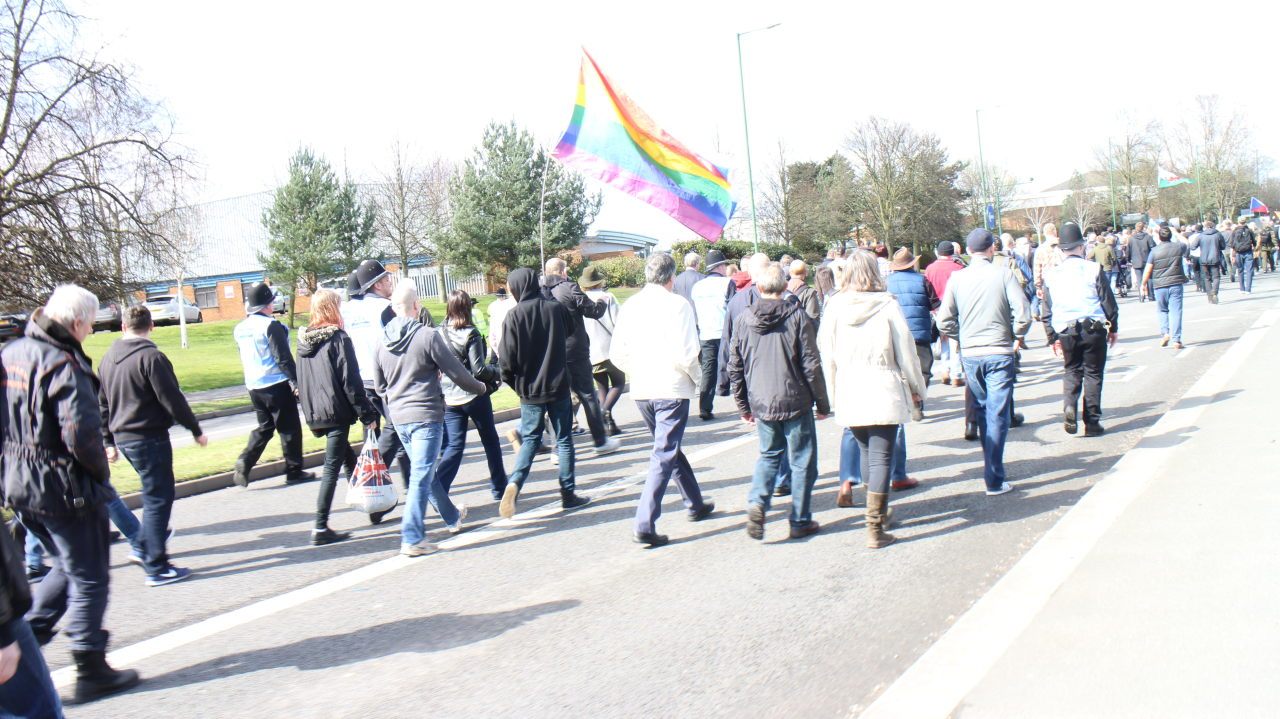 A diverse crowd was marched along empty streets, away from the public (Breitbart London/Raheem Kassam)

But what was noticeable about the event today was that the police had cordoned off a part of Birmingham in order to keep the demonstration out of sight of any members of the public. The marchers took their peaceful, silent walk up a closed dual carriageway road, assembling to hear speeches in a business park which was empty for the weekend.

“They’ve marched us in the middle of nowhere,” said Mr. Robinson, before moving on to speak about how his political activities had for years warned about Muslim grooming gangs. He noted that while there were only a few hundreds in attendance today, the movement was going to shift in order to attract mass appeal over the coming weeks and months, announcing that the next rally would be “through a town centre”. That town centre is going to be Rotherham – where at least 1400, predominantly white girls, were groomed, abused, or raped by gangs of Muslim men. 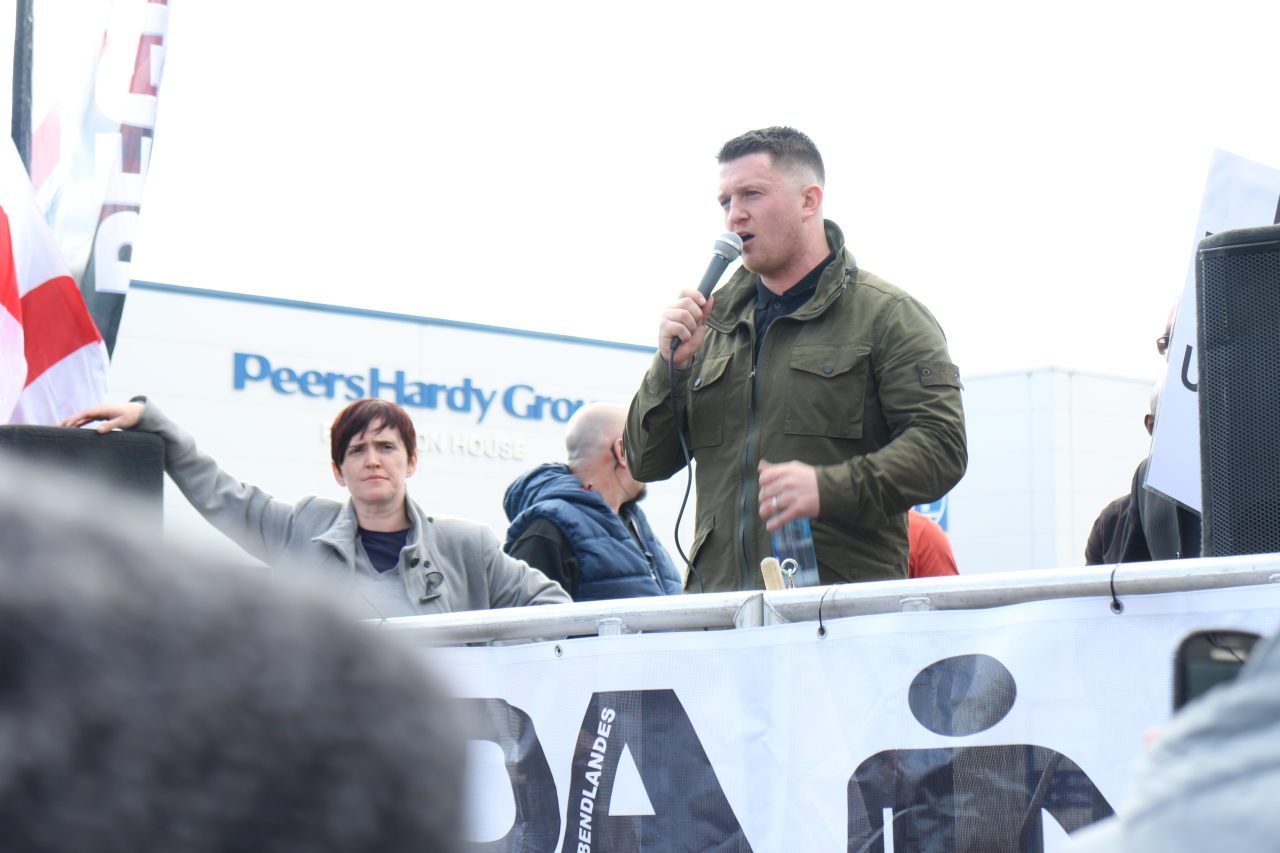 “We expect the British police to uphold our rights and defend our rights to peacefully walk through a city centre,” Mr. Robinson demanded, “So the next city we’re going to march through, in silence, in contempt, and in disgust at what is happening, is Rotherham”.

Ms. Waters, who lost her position on the UK Independence Party (UKIP) London Assembly election list due to her involvement with PEGIDA, walked the crowd through why women should be extra vigilant at this time of mass migration – particularly because Europe’s new Muslims appear not to be willing to compromise on their misogynistic upbringings when moving here. 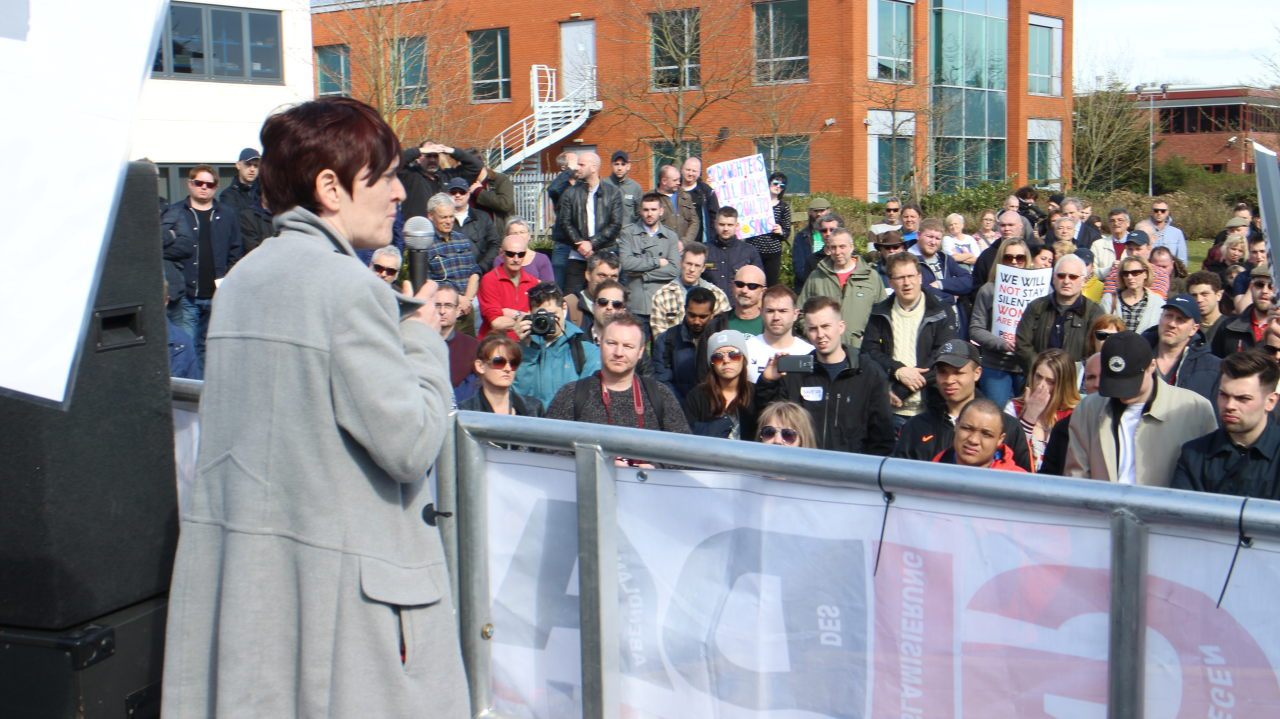 The weather was kind, but the turnout was lower than organisers had hoped (Breitbart London/Raheem Kassam)

She added: “Germany will never be the same again… let’s have a look at the countries these men are coming from… Somalia is quite high on the list. In Somalia, 97 per cent of girls have their genitals butchered by their own families… North Africa… Egypt for example… 99 per cent of women are sexually harassed in their life times. What do we expect to happen [in Europe]?”

Mr. Bachmann drew cheers from the audience as he discussed Germany’s migrant crisis, and how the political establishment was giving away European culture and identity with its political correctness and importation of cheap, migrant labour. 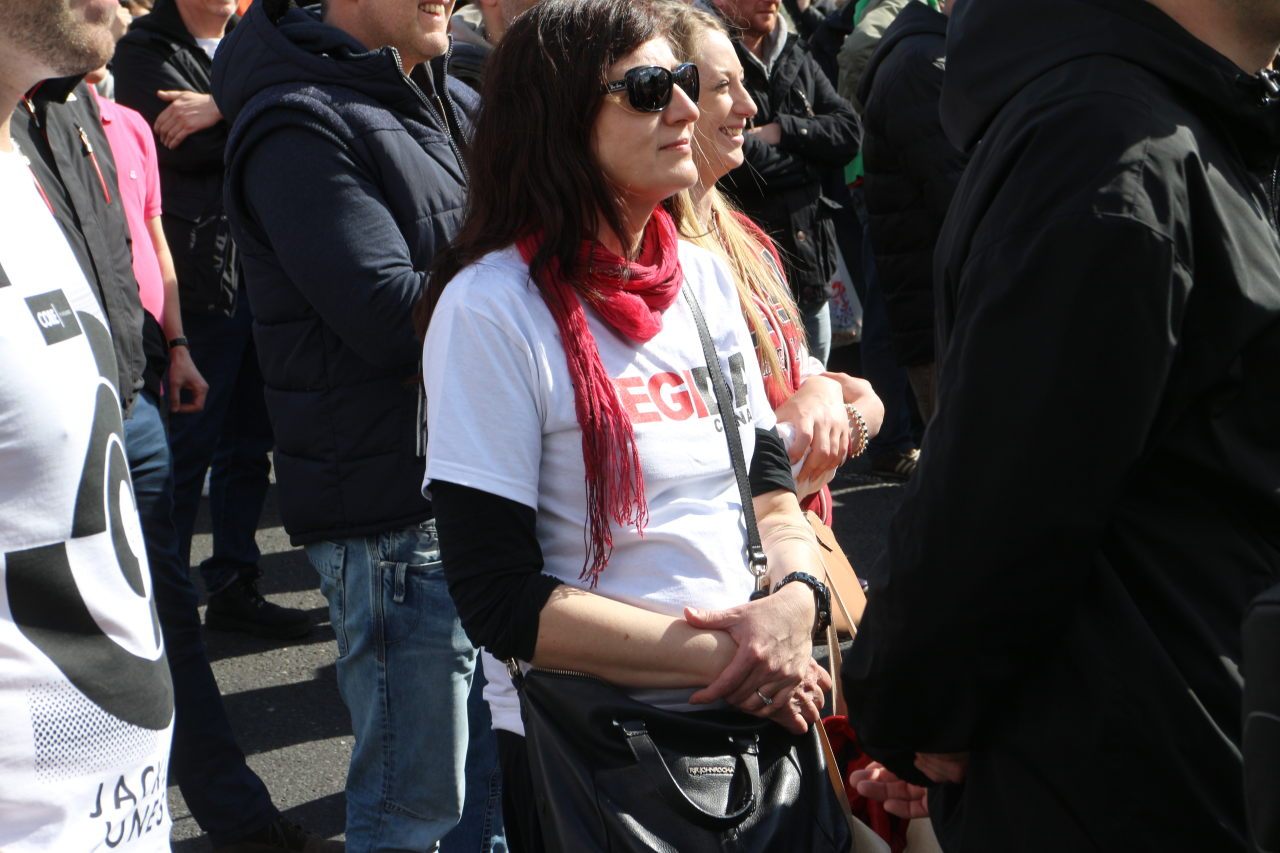 “They don’t respect our culture,” he added, speaking of the millions of migrants who have come to Europe in the past few years. “Most of them are Muslims and there is an Islamisation going on across the whole of Europe. Everybody can see it, and everybody can feel it”. 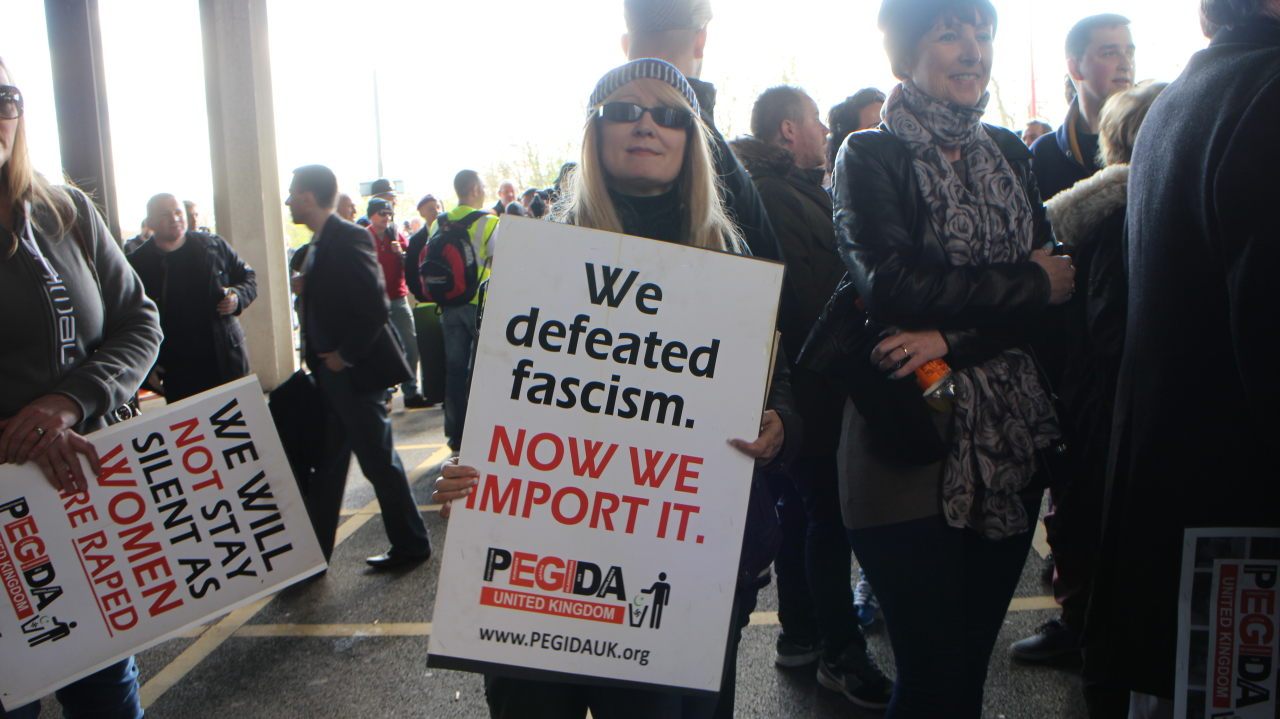 “We defeated fascism, now we import it” (Breitbart London/Raheem Kassam)

The event was attended by a diverse group of people, though predominantly white and working class, a smattering of former Muslims, Hindus, gay rights campaigners, and women – some of which had babes in arms or prams.

The take away from the event was: this is a peaceful protest by normal individuals from across the United Kingdom – not the “fascist” or “racist” types that they are often portrayed as across the media.

Attendees spoke to Breitbart London, lamenting the fact that PEGIDA UK was not advertising their events well enough, and with many stating that they had now given up on the UK Independence Party and were looking for something new to follow and support. 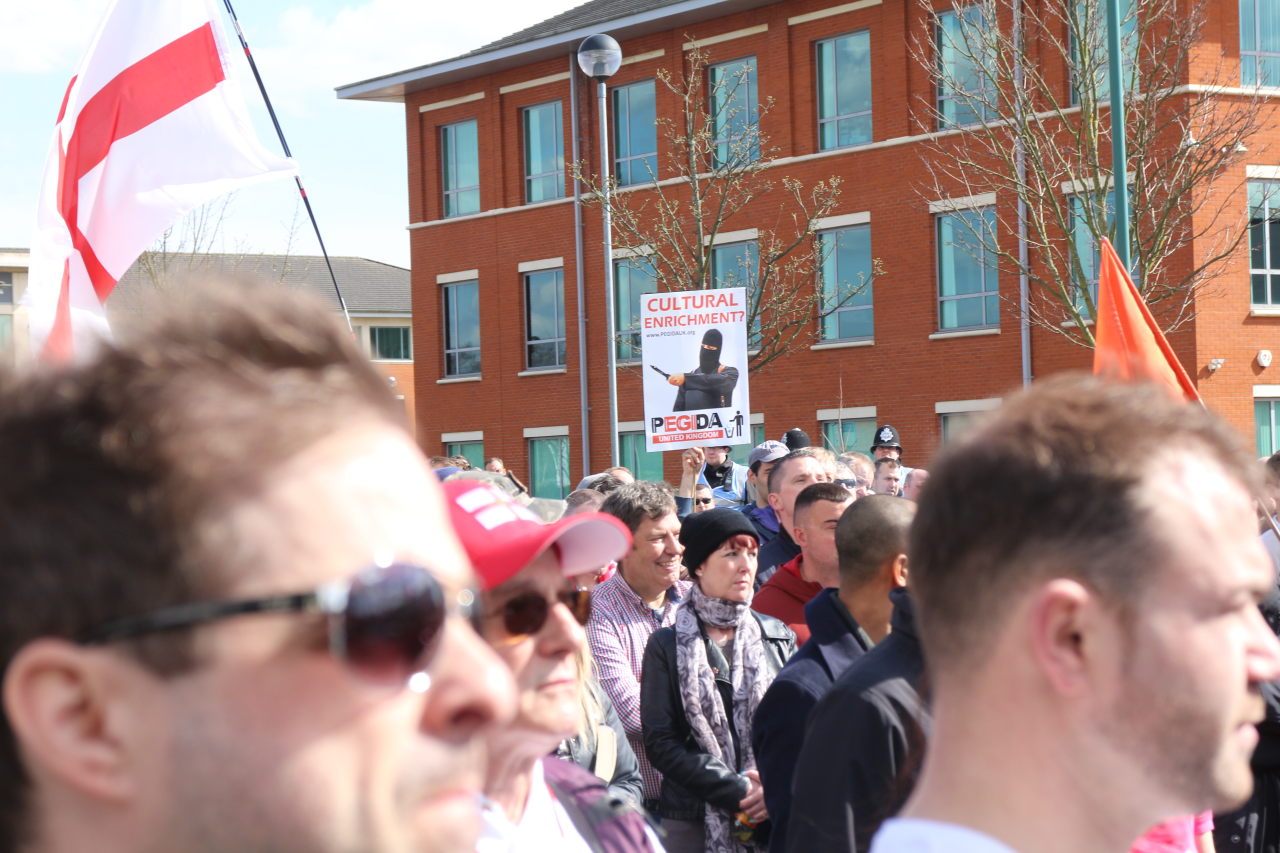 One attendee told Breitbart London: “We left UKIP. It’s time for something new,” while another said: “After the [EU] referendum, UKIP needs to start talking about these [Islamist] issues, or become irrelevant”.

Breitbart London also interviewed PEGIDA leader Lutz Bachmann, in an exclusive and rare interview that will be published on Sunday, April 3rd.