A young girl has been repeatedly threatened and attacked, on one occasion needing hospital treatment, after being victimised by the friends and family of her rapist, according to reports. 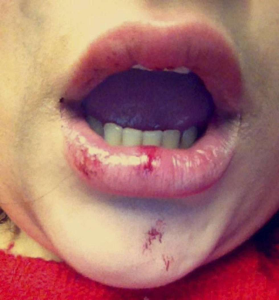 Somalian migrant “Muhammed” received just 180 hours (22 days) of community service last year after he was prosecuted for attacking and brutally raping a 12 year old girl. Aged 18 at the time of his conviction, now the rapist’s friends and family are exacting revenge upon his victim, prolonging her trauma.

Now 13, ‘Ida’ has told local Swedish paper Sundsvalls Tidning about her most recent ordeal. Two brothers of the rapist go to her school, from which she has had to be withdrawn. Now five or six times she has been attacked by the men and their friends in public, at the local shops and around the neighbourhood.

The most serious attack took place on March 24th, when she was discovered at a bus stop by the brothers. One of them pushed her down, while the other punched her in the mouth. Upon seeing the mother of the boys approaching, Ida told the paper: “I thought she would stop them. But she kicked me”.

The young girl was admitted to hospital with a head injury and two loose teeth. The police have been notified, but in defiance of the report the girl has been told she will be beaten six more times.

Now she says “I dare not go outside”, because friends of her rapist will telephone the brothers if they see her in town.

Speaking to the local paper, the chief of local police has urged the girl to get in touch “as soon as something happens”. He also suggests “it’s good to keep a diary” of incidents should the events ever go to trial.

Ida had only turned 12 in the same month she was lured back to ‘Muhammed’s’ flat under false pretences for the first attack. When he had her alone, the man tore off her clothes and held his hand over her mouth while he raped her. A FriaTider report from the time states as he raped the young girl, he repeatedly told her “black dick is expensive”.

The attack left the girl “bleeding heavily” and with psychological problems. ‘Muhammed’ claimed he didn’t know the girl was under-age and that they were in a consensual relationship.