A pair of Belgium “visual artists” are touring Europe with a giant, six-metre long inflatable migrant designed to make “intolerant” Europeans consider if mass migration is a “giant threat” or a “giant opportunity”.

The “inflatable refugee” has already stopped for photo opportunities in Sweden and Italy, and is currently sailing between (pictured, above) Helsingør and Copenhagen in Denmark.

Its creators, known as Schellekens & Peleman, have been touring Europe alongside their bizarre sculpture, posting letters from “refugees” through the doors of random European citizens. 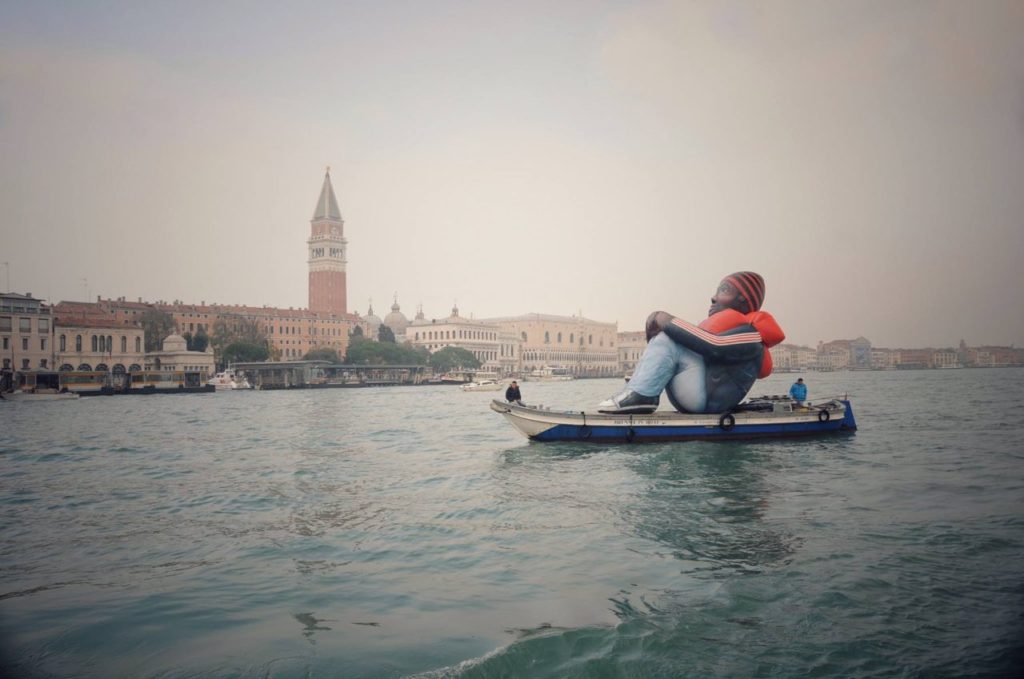 The two middle-class artists hope to educate “intolerant” Europeans, after they claim to have “detected a (growing) gap between newcomers and natives in any [sic] place in the world.”

As they travel, the artists have also been enthusiastically (and patronisingly) photographing people of Muslim appearance, and posting the images on social media.

Describing the “artwork” online, the pair wrote: “The ‘Inflatable Refugee’ gazes blankly into the distance. Has he arrived at a safe haven or will he be refused and be sent from [sic] whence he came? 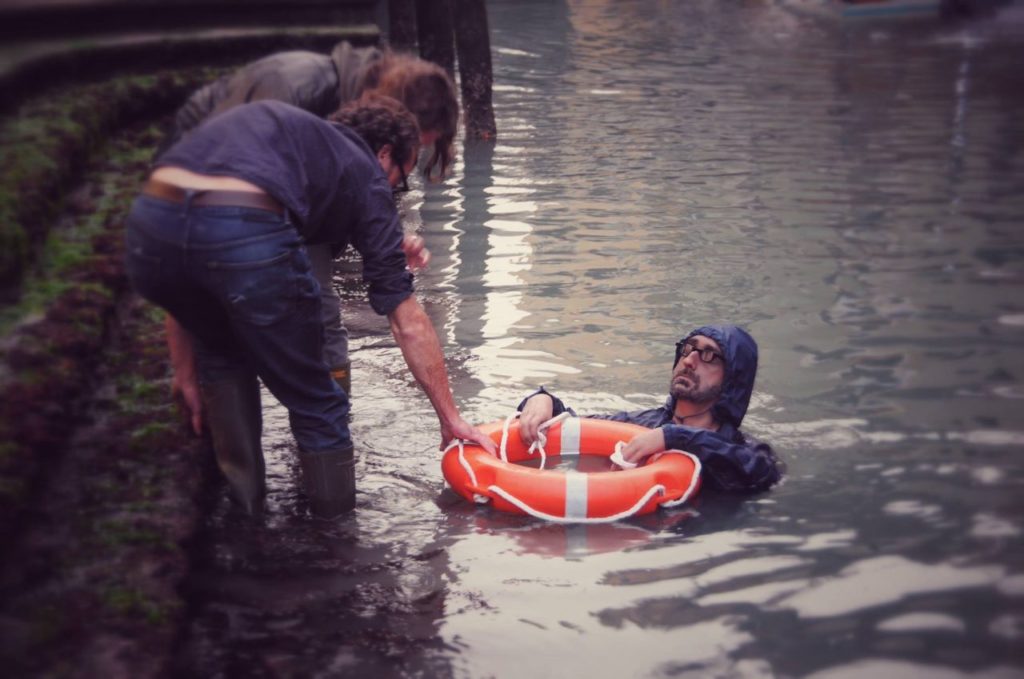 The ‘artist’ poses as a migrant in a canal, December 2015 / Facebook/schellekens.peleman

“His sheer size allows him to look over and beyond us and keep watch on the horizon, not limited by borders or documents. It makes him inescapable, undeniably present.

“Do we see him as a human or as a problem? Is his presence an opportunity or a threat, devoid of human characteristics?

“Schellekens & Peleman proportionally enlarged the ‘Inflatable Refugee’ to match the extreme reactions his arrival in the Western world evoked. His size represents how we perceive him.” 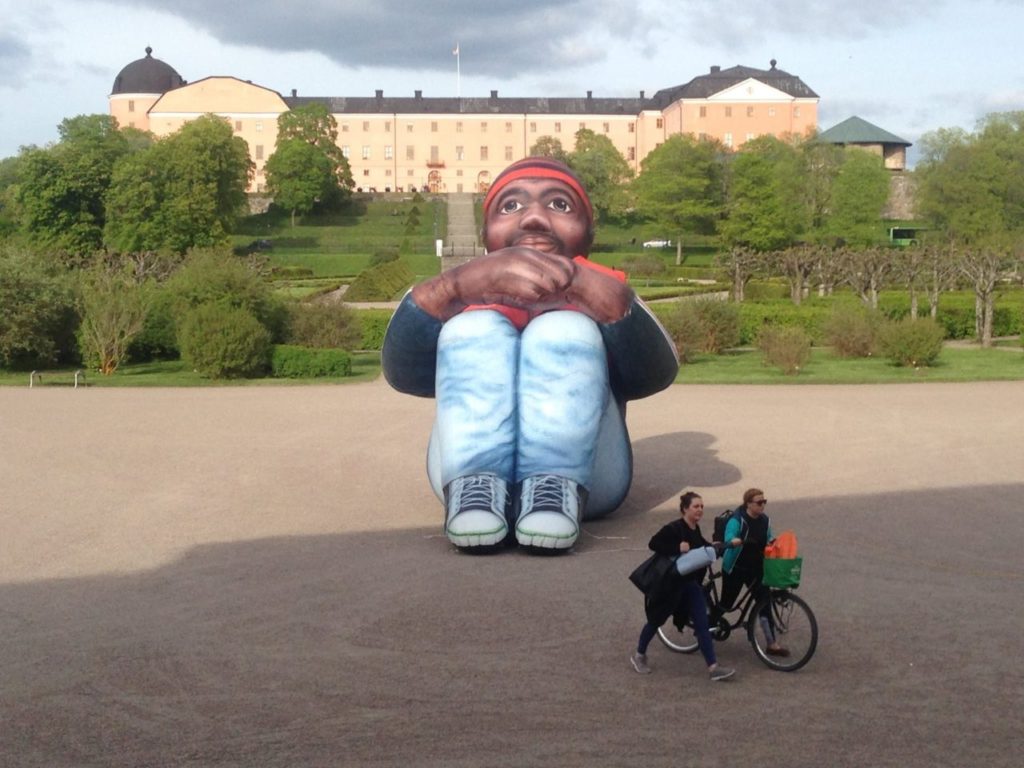 The ‘Inflatable Refugee’ in Uppsala, Sweden on the 18th May, 2016 / Facebook/schellekens.peleman

The Mayor of Copenhagen, Frank Jensen, was ecstatic about the arrival of the giant migrant in his city. In a statement provided to the artists, he wrote:

“The current migration crisis in Europe is one of the most difficult questions that all cities in Europe are dealing with.

“I believe that art has the possibility to provoke and make us consider the dilemmas we are currently facing in a different perspective”.