A live sentiment analysis from last night’s EU referendum “debate” last night has revealed UK Independence Party leader Nigel Farage to be the winner, being more popular with his own side, and more popular with undecided voters than the Prime Minister.

The Times newspaper’s Red Box Pulse had a sample of 2,500 people last night who were asked to rank each politician up or down, live during the programme. 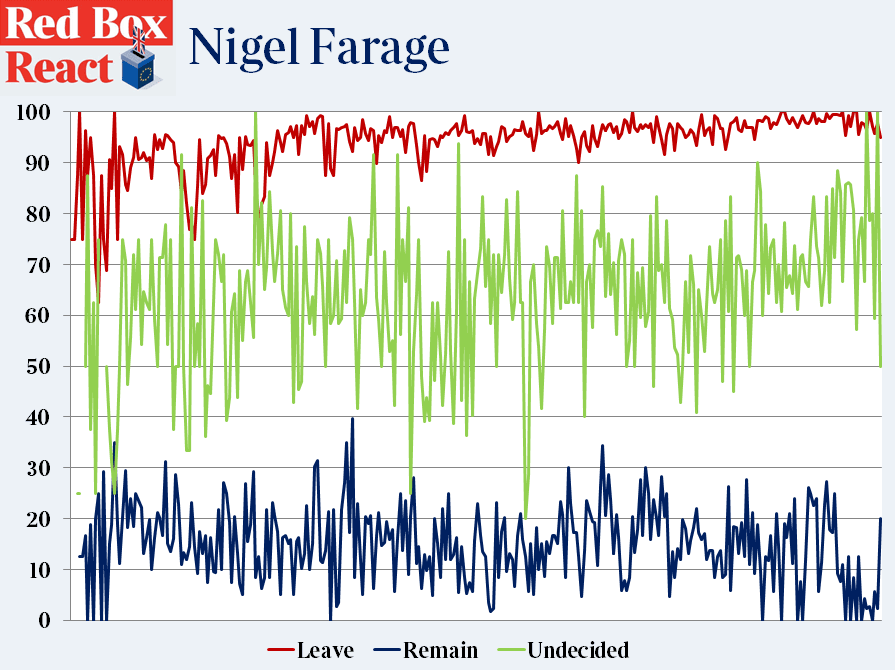 That the UKIP leader was more popular with Remainers than Mr. Cameron is with Leavers will come as a boon to him, his party, and the Leave campaign. Many of the ‘Vote Leave’ crowd had expressed concern that Mr. Farage would not be able to be popular with those who have not decided how they’d vote yet. 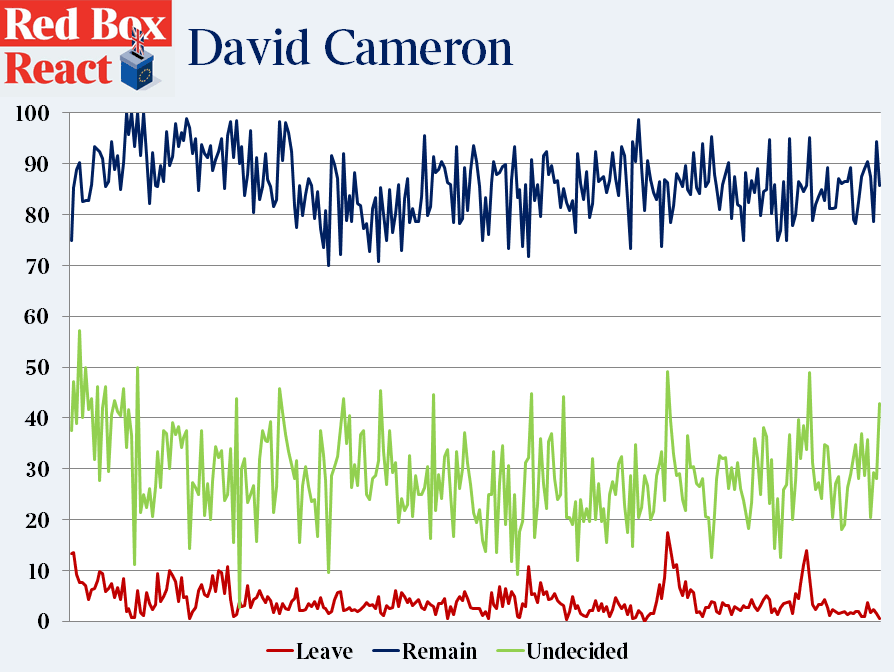 They also highlighted that Mr. Cameron had two spikes in approval among Leavers, Undecideds and Women… “When he spoke of his “frustrations” with Brussels, and when pressed on whether he was “finished” as prime minister regardless of the outcome on June 23.”

“What I have said, having promised this referendum, having arranged this referendum, I said I would accept your instructions. I think it’s very important that people’s individual careers and futures don’t get caught up in this vote. I want everyone to focus very clearly on the choice,” he said.

The news media has failed to pick up on these Pulse results so far, with most focusing on Mr. Farage’s clash with a black woman who has now been revealed as a Huffington Post blogger.

Breitbart London understands that ITV did no such thing, with the company’s producers handpicking the audience themselves instead.