LONDON, United Kingdom – The front windows of a pro-Brexit shop has had its windows smashed and its campaign materials defaced in a late night/early morning attack by anti-Brexit campaigners.

Breitbart London can exclusively report that the shop, on the Camberwell New Road in South London, was attacked in the early hours of yesterday morning, just 24 hours after large ‘Vote Leave’ posters were erected in the shop window.

The owners, two elderly local brothers, are said to be “angry” and concerned about their free speech. Their friends have told Breitbart London that the attack has “stiffened their resolve” and they have “ordered more banners”. 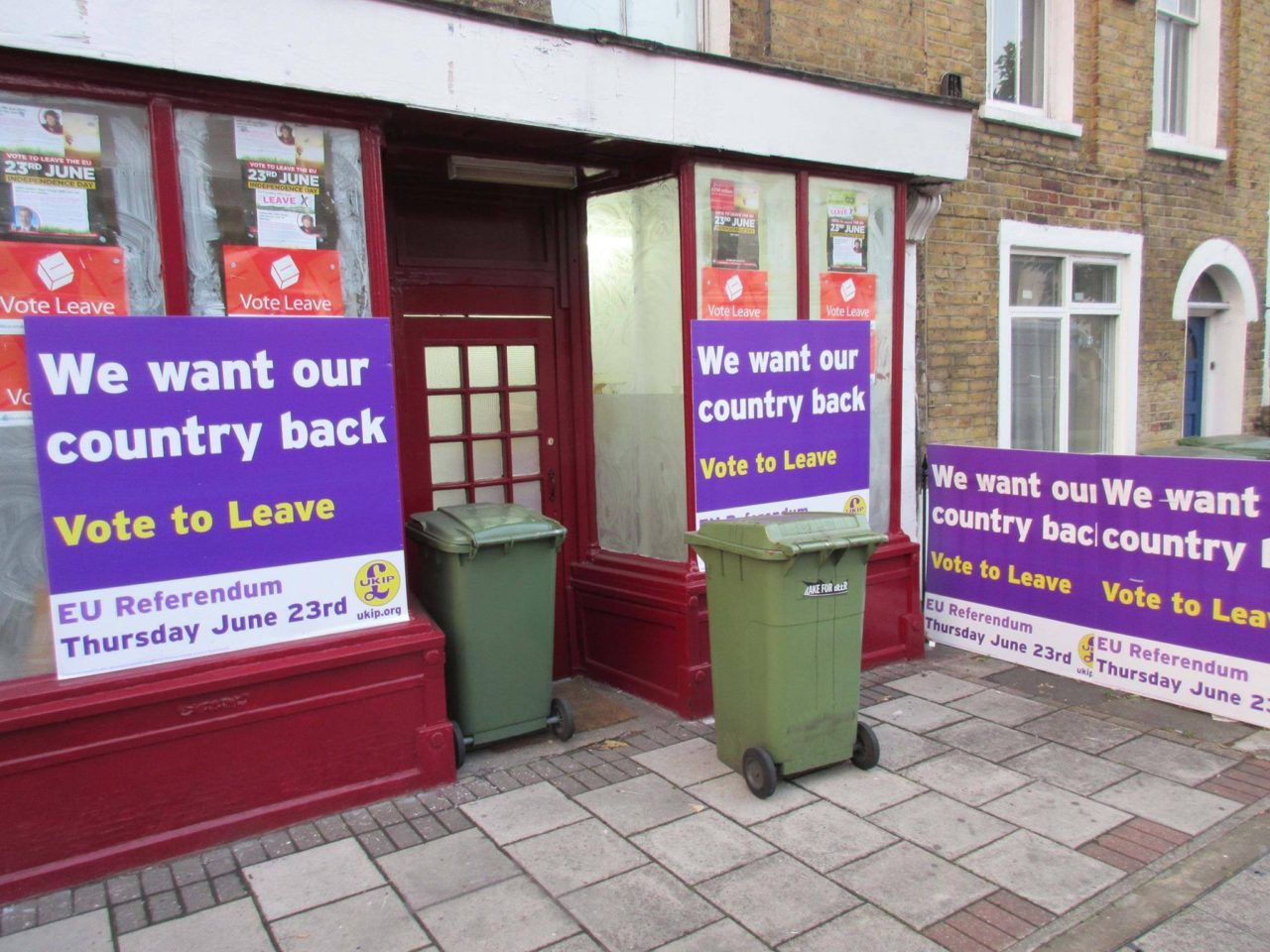 How the shop looked before the vandalism (Breitbart London/Rosie Beattie)

The Venables’ brothers shop attack has now been reported to local police who are investigating the incident.

One pro-Brexit sign is reported to have been scrawled over with graffiti reading “racist scum” while another window was “bricked” in the night.

Local Brexit campaigner Rosie Beattie told Breitbart London that the elderly brothers, in their 80s, had the banners delivered yesterday and erected them in a prime location where there is a lot of traffic and foot fall. The incident is believed to have taken place at around 2:45am.

She said: “These men had their relatives die in the war fighting for free speech in this country. Naturally they are angry and worried about their free speech.”

The incident is not the first, but it is perhaps the most shocking incident of anti-Brexit violence and intimidation by Remain advocates so far.

Placards across the United Kingdom urging a vote to leave have been defaced, removed, or vandalised over the past few weeks, with images emerging on social media.

Campaign insiders have told Breitbart London that anti-Brexit activists are beginning to organise major violent resistance to events held by Leave campaigners including UKIP leader Nigel Farage. Concerns have been raised over Mr. Farage’s security as he embarks on another Brexit bus tour next week.